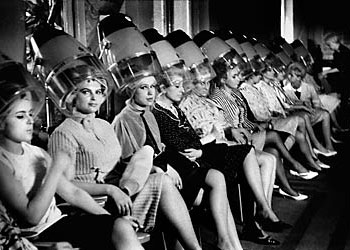 Nowa Huta (New Steel Mills) isn’t the prettiest name to give a town. But to “Uncle Joe” Stalin it made perfect sense. For this socialist utopia – one of precious few “ideal towns” built in the Soviet Bloc – was raised around a steelworks of truly gargantuan scale.

It’s virtually impossible to get into the factory these days, and besides, it has now come under new ownership. But seven years ago, I was lucky enough to be given an extensive tour. To say that it was an otherworldly experience barely hints at the sheer mind-boggling madness of it all. Technically, the mills were still functioning, but much of the plant resembled a sort of scrubby, derelict wasteland. Plumes of smoke emerged inexplicably from manholes in the ground. Huge, hangar-like buildings gaped disconsolately, hundreds of missing panes chequering the grubby façades. Rusting pipes spewed out like spaghetti from all angles. Occasionally, a stony-faced worker plodded past. It was like a sort of sci-fi nightmare. Charlie and the Chocolate Factory gone horribly, horribly wrong.

That dystopian picture is a far cry from the portraits in this extraordinary album. The Early Years of Nowa Huta compiles over a hundred images from two noted photographers, the late Henryk Makarewicz (1917-1984) and Wiktor Pental (b.1920). It turns out that most of the black and white photographs here were hidden away in a drawer for half a century. Perhaps the photographers felt that some of the images were too personal for the tastes of Party bigwigs? Either way, the pictures, by turns startling and touching, are a fantastic insight into one of the grandest building schemes of the Stalinist era. Besides many images capturing the almighty task of raising this town from nothing – controversially, Nowa Huta was built on the finest arable land in the region – there are intimate portraits of the inhabitants themselves, both at work and at play. Useful English tags provide an index at the end of the book, meaning that foreign readers won’t be left mystified. Of course, like the imposition of communism itself, the very fact that Nowa Huta was built remains a source of anguish for many today. However, this album takes the focus away from the socialist lords and onto the people themselves. All in all a standout for anyone curious about Nowa Huta.

The Early Years of Nowa Huta is published by Fundacja Imago Mundi, and it can be purchased from Massolit Books, the English-language bookshop at ul. Felicjanek 4.