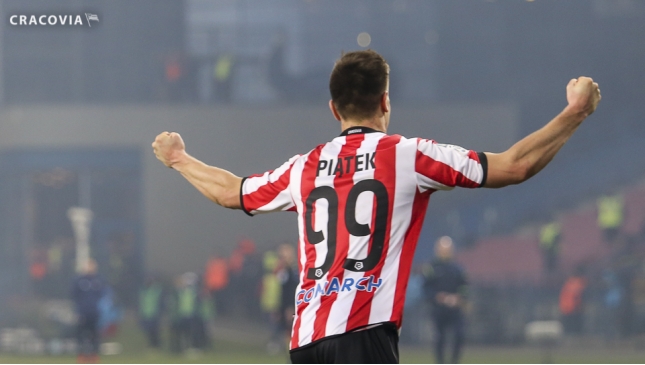 Sports
February 11, 2017 Chafik Ouassal 0 Comments
Halfway through the Ekstraklasa season, the second round of the football league is starting soon, after an over two-month winter break. Let’s briefly review Cracovia and Wisła Krakow performances in the first round.

Back in July, Cracovia kicked off their season with a disappointing early dismissal in European League. There were high hopes to see some European football in Krakow this year. Sadly not this season.

Fans also expected to see their team reproduce last year’s wonders, and the ‘Pasy’ quickly managed to get their heads up to book a decent 7/15 pts. However, things became complicated then, as they were unable to win a single time in their next five games. They broke the curse with a splendid 6-0 home win over Korona Kielce in October, followed by a second win against Wisła Plock. But reality kicked back in and Cracovia did not manage to win a single of their remaining eight games of the year.

Despite very few changes in the team, last season’s magic seemed faded away. Cracovia hasn’t been able to reach the same control level of their games and efficiency has been one of the main pain points.

On the positive side, Cracovia won the symbolic title of “Team of the City” after leading the famous Krakow Derby. The Pasy bet their Wisła rivals at home, and earned a nice draw five months later in the return game.

Ongoing internal issues have been directly impacting the team results and performances. Debts and an owner looking to sell “his” club are probably the main reasons that are causing instability and unpaid or delayed salaries. Wisła’s results since last season are looking like a roller coaster, which is likely to be related.

After opening this season with a home win Wisła lost seven games in a row, which led brought them to the bottom of the league for quite a while. But thankfully for their fans, the team managed to put their heads up and get back on track, with a sparkling seven games in a row without a single defeat. Then, the White Star (team nickname) ended 2016 with another two wins, two defeats and a draw. A clear example of the up and down results and the lack of stability.

The second round and the New Year are synonyms of “Fresh Start” for Wisła, with the signing of a new coach: Francisco “Kiko” Ramirez. The 46-year-old Spanish coach is simply anonymous on the Football Planet, as he has only been coaching in Spanish lower divisions. A great opportunity for him to join a “monument” of Polish and European Football. Time will tell if he has strong shoulders, but we definitely hope to see a Spanish touch in Wisła’s football style. There will be anyway a lot of work for Coach “Kiko”.

Krakow City looking for its glorious football past

Krakow is the only city with two teams competing in the Ekstraklasa, however as they currently are, none of them is in a position to seriously compete for titles. Cracovia and Wisła are lacking stability and consistency in the league, which are key to get results.

Last season, Cracovia managed to surprise the whole country with their sparkling offensive football. But they paid the consequence of their surprising season and had to sell their star players Deniss Rakels (Reading FC) and Bartosz Kapustka (Leicester City), which has been a heavy hit. Realistically, it’s very complicated for a low budget team like Cracovia, to fight in the transfer market. However, that season demonstrated the quality of the club’s management, vision, and long-term plan as they managed to build a strong structured squad, able to compete in the league’s Top 4.

For Wisła, the lack of internal stability and structure are the main issues. As explained earlier, the club has been affected by ongoing internal disorder at different levels (owner, management, coaches), which is then reflected in the first squad performances: three different coaches in the last two years is the best illustration. And on top of it, delays of payments are the type of things that can affect directly a player’s morale. But the team is able to do wonders: one defeat in 14 games at the end of last season, or one defeat in 10 games in the first round this season. It’s all about stability.

The second round of the season will start this weekend: Cracovia took a 1-0 victory at Ruch Chorzów on Friday (February 10th, 2017), while Wisła will welcome Korona Kielce on Saturday (February 11th, 2017).