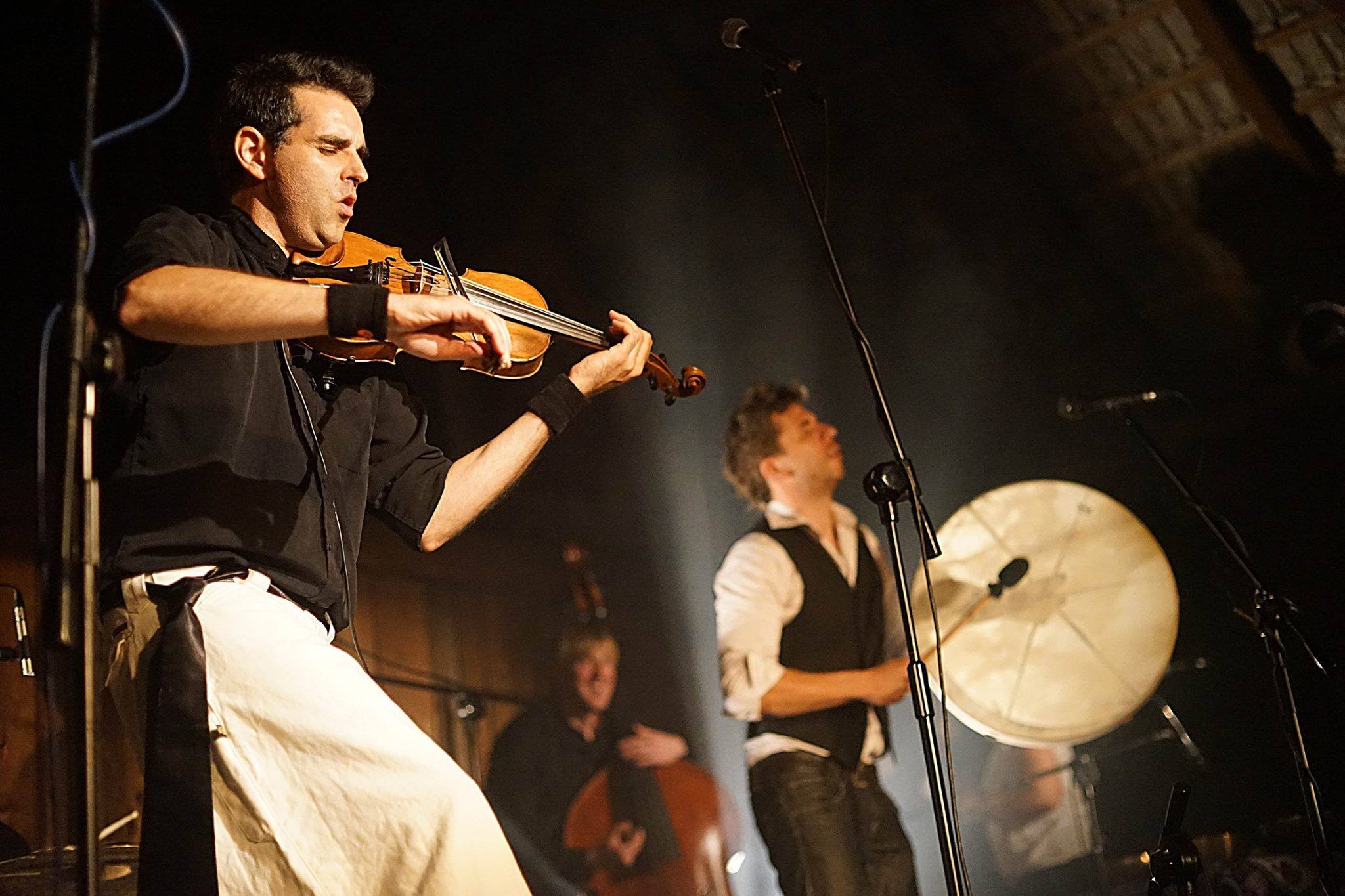 A Note From Dewey:

Now… where was I? My humble apologies for being absent these past few months – trust me, it was unavoidable. (If you have any interest in the whole sordid tale, look me up on Facebook.)

But the important thing is, we’re back, and as always, these are just a few of the great things happening in our fair city this week. Pick at least one, and dive in!

NAKED MIND is one of Michał Augustyniaka’s many musical outlets (you may know him better as his folk-blues alter-ego Limboski) and features a wide variety of exotic Eastern instrumentation alongside more traditional folk elements. His projects are always interesting, but this particular show will be even more unique than usual.
The KALEVALA is an epic tale from Finland thought to have its origins in pre-history and been passed down through generations via the oral tradition, and Finnish vocalist SOPHIA WO will join NAKED MIND to bring it to musical life. The story itself encompasses everything from its own creation myth – the earth created from the shards of a duck egg – to a virgin impregnated with a future king by eating a lingonberry (hey, it’s not much different than woman being created from a rib, talking snakes, and virgins being impregnated by ghosts really, now is it?).
The original KALEVALA poem has 22,795 verses divided into 50 songs. Somehow I doubt they’ll be doing the whole thing, but whatever they do, the ambition it takes to approach a work of this scale is to be supported.

Whether it’s an actual ‘Farewell Tour’ or not seems to be up for debate, but progressive-math-metalcore luminaries THE DILLINGER ESCAPE PLAN visit Krakow for ostensibly the last time this coming Tuesday. They’re in the midst of a long touring cycle promoting last October’s Dissociation album that will take them through at least the summer festival season, so they’ve plenty of time to reconsider.

Two decades ago, their fusion of tightly arranged kinetic rhythms, metallic chord structures, punk energy, free jazz, and unhinged vocals was quite unique, and ushered in a then-innovative genre, and hardcore devotees are quick to analyze the differences between their six albums. But to the casual observer (and admittedly, I say this as someone who finds their music intellectually clever but aesthetically unappealing)… well, it kind of all sounds the same. Of course, the same could be said of AC/DC or Ramones, and like them, TDEP will perhaps be revered in days to come as the innovators of an important development in the history of music.

If there was a punk rock version of the old VH1 show Behind The Music, the story of Ken Chinn (or Chi Pig, as he is professionally known) would be a natural for it. His story, and that of his band SNFU (Society’s No Fucking Use), contains all of the classic rags-to-almost-riches-then-tragedy-struck, etc. elements that the show was known for. And in this case, the tragedies are… well, pretty freaking tragic.

Formed in 1981 in Canada, SNFU became an early proponent of ‘melodic hardcore’, releasing the still influential proto-skate punk …And No One Wanted To Play album in ’85. Their opening slots for such hardcore pioneers as Dead Kennedys and GBH earned the band an early following and secured Chinn’s reputation as a captivating and unpredictable frontman.

The best thing that could happen to any punk band in the 1990s was to ink a deal with Epitaph Records. Owned by Bad Religion’s Brett Guerwitz and home to such new punk superstars as Offspring, Rancid, and NOFX, Epitaph’s success was unprecedented in the history of independent record companies, and in 1993, SNFU signed a three album deal with them. They proceeded to tour with the likes of Green Day and Bad Religion, and their second album for Epitaph, the aptly titled The One Voted Most Likely To Succeed, was greeted warmly by fans and critics alike…

It’s certainly not an unusual irony that the same eccentricities that make an artist unique are their downfall. From Van Gogh to Syd Barrett, turning to substances to quell the madness that tortures the soul is nothing new, and so it was with Ken ‘Chi Pig’ Chinn. The Epitaph contract wasn’t renewed, and the momentum was never truly regained. Chinn’s crystal meth addiction exacerbated his schizophrenia, at one point leading to the singer actually living on the streets.

Unsurprisingly, SNFU disbanded and regrouped several times and somewhere around 30 people have passed through its ranks, with only Chinn being the constant. Chinn essentially became SNFU, or more accurately, SNFU became Chinn and whoever was available.

In 2010, a documentary about Chinn, Open Your Mouth And Say… Mr. Chi Pig (watch the trailer below) was released and prompted a new album in 2013, but after a supporting tour, that lineup fell apart. Since then, SNFU has existed as a touring entity, with a revolving cast of musicians. While the elderly Asian man with the long grey hair may appear an awfully long way from 1980s-90s skate punk, Chinn is nonetheless a legend, and this is a chance to see him sing the songs that made him one.

This wonderful folk group features a mixture of influences from the Gorali music of Zakopane to Romanian accordion tunes to flirtations with electronica and trance beats, often accompanied by perfect three part harmonies. This special free Valentine’s Day concert will feature not only songs of love, but also their humorous takes on betrayal and various absurdities of life.

The perfect cheap date for Valentines Day! In fact, if your heart is full but your wallet nearly empty, you can always walk around the corner to food truck square afterwards for a cheap but romantic after show dinner.

This odd trio from Montreal have been playing together since childhood, but between 2008 and 2013, they became a hipster concern and were on the fast track to becoming the next big thing.

Unusually, they decided to get off the ride to the big time, and went home to rediscover normal life as well as the organic “homemade” quality they felt was missing from their newer music.

The resulting album, last year’s Waltzed In From The Rumbling, is a great record full of hummable pop melodies buffeted by weird left turns and odd found sounds that manages the rare feat of being simultaneously comfortingly familiar without being predictable.

Their live performances are known to be intense and highly entertaining. At 20zł, it’s a steal.

Check out the newest video for the song “Trams” from our friends Vladimirska, whose album Paper Birds is available now! —Ed.