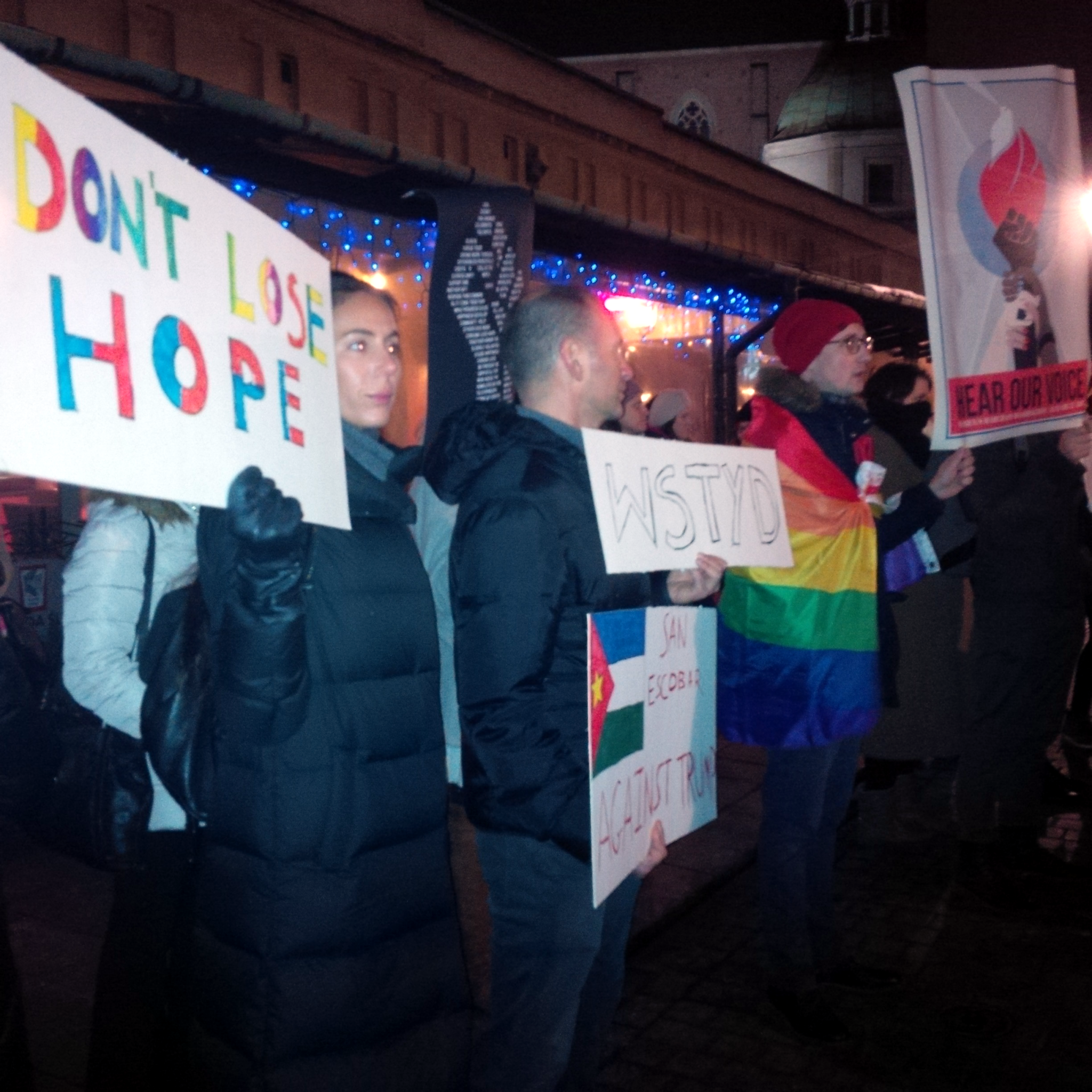 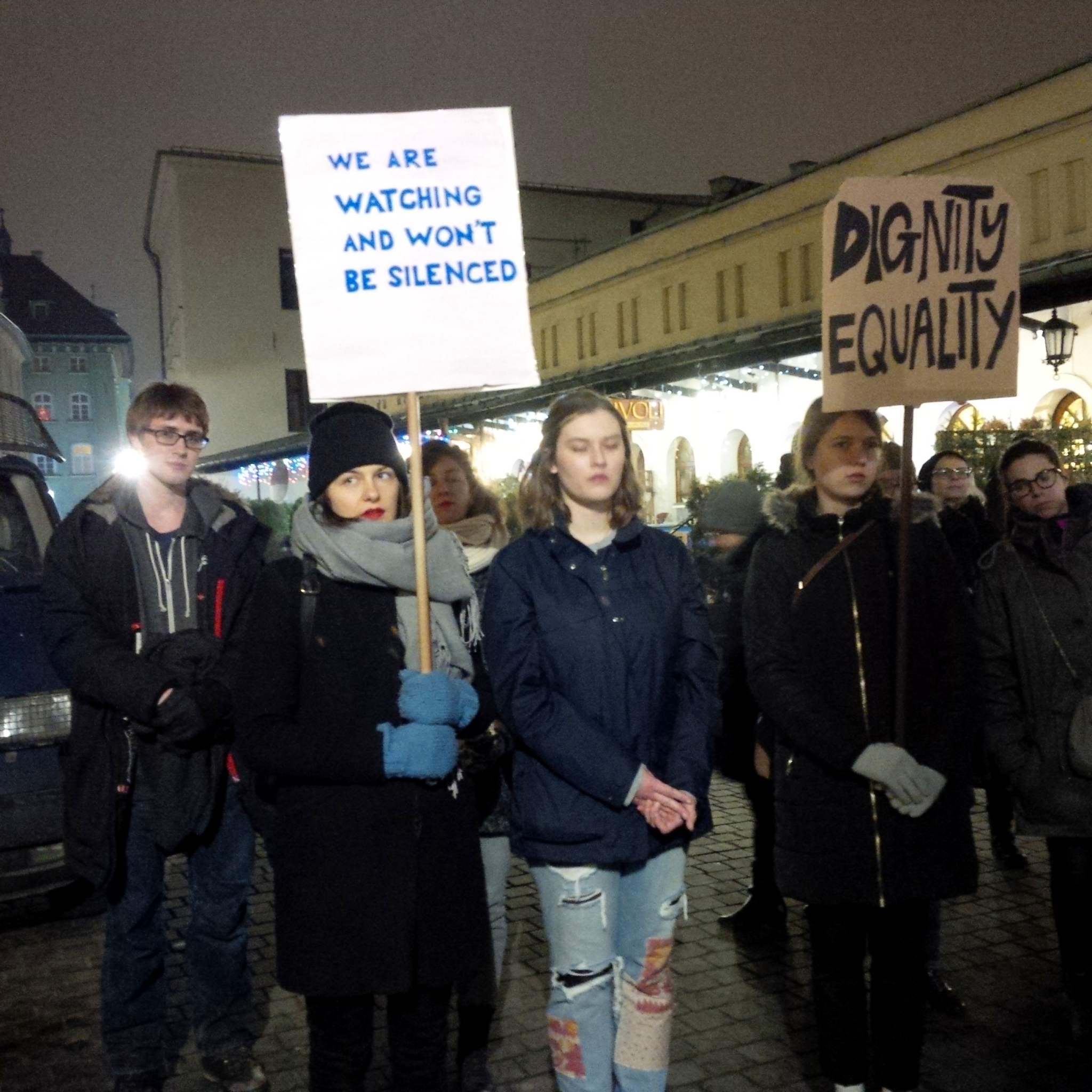 Around a hundred people – mostly women, many American – gathered in front of the US Consulate in Krakow yesterday evening in solidarity in support of the rights and dignity of women. It was one of over 600 simultaneous sister marches of the main Women’s March on Washington, DC (including two in Gdańsk and Warsaw), a day after the inauguration of Donald Trump as the 45th American president.

Although Trump has only just taken office, his comments throughout his career about women have drawn widespread criticism. Most infamously, a tape released in October last year showed him in 2005 bragging about the ability of celebrities to commit sexual assault with impunity. Trump has also been accused of sexual assault or sexual harassment by at least 15 women since the 1980s. 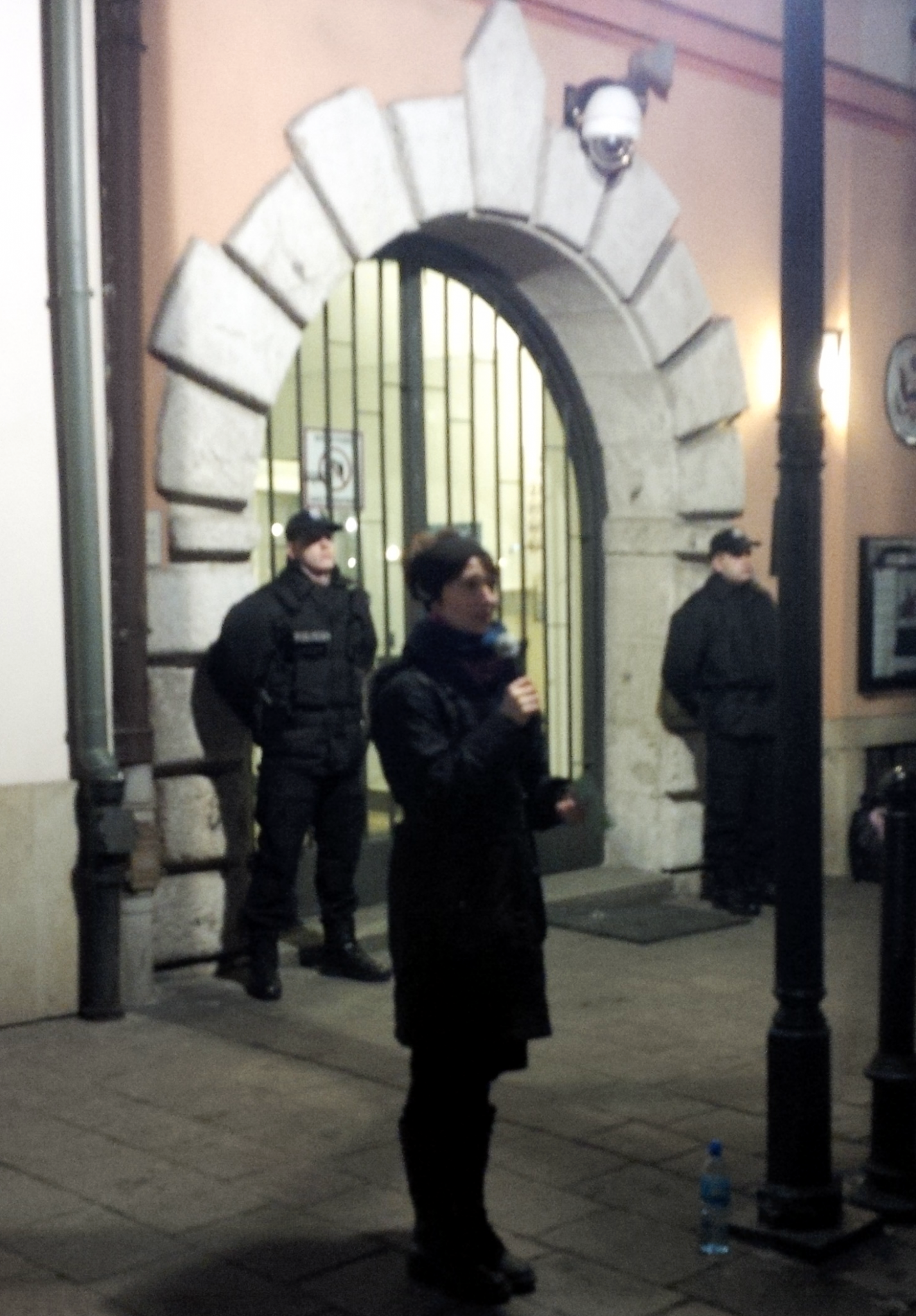 The demonstration was organized on short notice by Evelyn Aschenbrenner, originally from Detroit. “I’ve never organized anything like this before,” she admitted to the crowd. “I’m just a shy English teacher living in Wrocław.” But, backed by a contingency of Polish police officers, she encouraged those gathered to stand against threats to women by both the Trump administration and the Polish government, and the message seemed to resonate: the crowd chanted “Women’s rights are human rights!”, and several women as well as a gay Polish man stepped up to voice their anger against recent events and support for the budding movement.

After the brief event, several of the smiling attendees approached Aschenbrenner to thank her for organizing the events. One young American woman even began taking names to set up a political activism group focused on US issues in Krakow. When it comes together, you’ll read about it first from The Krakow Post.

5 thoughts on ““Stay Strong”: Women march against Trump in Krakow”