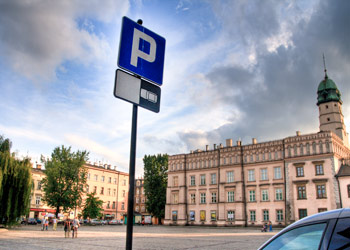 Back in the days when it used to be the main square of the city of Kazimierz, Plac Wolnica was filled with goldsmiths and craftsmen selling their wares. The old town hall looked over a lively scene of merchants chatting about the tricks of their trade as they clinched deals on goods like salt, wax and soaps. Today’s view is a far cry from that exotic world of fur markets and tobacco stalls. Even as more and more cafes and bars open in the area, it’s mostly considered a wasted space, and the main visitors of the former heart of Kazimierz are still pigeons.

The plaza is part of the original Main Square of the city of Kazimierz, formed in 1335. Besides the market, the town’s court, administration and judicial authorities held their offices in the town hall there. Now the space has been degraded in terms of importance; this part of Kazimierz is often referred to as Krakow’s parking lot. But it looks like people want a change.

On the 28th May, the halls of the Ethnographic Museum (the former town hall) were packed to bursting as the residents of the district flooded in for an organised debate. They were there to discuss the future of Plac Wolnica, as it is soon to become the focus of an architectural competition, organised by AMS, city hall and Gazeta Wyborcza. The competition is a project within a bigger, national undertaking. “Bramy Kraju” (“The Nation’s Gateways”) is Poland’s first marketing program dedicated to improving the image of Polish cities. Each year it focuses on different aspects of using space within a city. The contest is the first of its kind owing to the decision to consider public opinion before setting the ground rules for the competition. The locals certainly proved that the fate of Plac Wolnica is very important to them and many attended, keen to voice their opinions.

“The architects should ensure that the plaza is made the heart of the district, connected with a fully renovated tram terminus and a footbridge,” advised one local.

Meanwhile, many chose to defend the plaza in terms of its character and historical background. “I wouldn’t want the same thing to happen like it did on Plac Szczepański. We have to keep the original shape and form, but maybe add more benches. It’s worth thinking about space where trade could take place, markets and such,” proposed one of the guests.

The official online forum for the debate on gazeta.pl, has brought many hits, as town residents hope their idea will be taken into consideration. A lot of the suggestions are reasonable, such as appropriate lighting, potted plants and a cleaned-up fountain. Some controversial ideas have also come out into the open. Talks of an underground car park have set high hopes for those with businesses close by, but local residents are tired of having to accept Kazimierz as Krakow’s parking lot. Unfortunately (or fortunately) for some, Jerzy Zbiegeń, the city’s monument conservationist, firmly ruled out that option. “The conservation point of view doesn’t allow investments of such a scale in this area,” he explained. He too will not take the creation of any development site on the square into consideration, for which he was rewarded with applause from the crowd.

The host of the meeting and at the same time the Ethnographic Museum’s director, Antoni Bartosz, asked for help in making the square come alive, because for now he feels it resembles a “cultural desert”. He also mentioned that future exhibitions will go beyond the museum’s walls in order to attract more arty and cultural events to the site.

The judges of the competition, which began on the 26th of June, also look for quality and “keeping it real” when it comes to the actual designs. “It seems that the aesthetics of the 19th century have become the obligatory role models for Krakow’s architecture and examples of good taste,” stated the Cracovian architect Artur Jasiński. “We don’t want Plac Wolnica to become the victim of spurious decorations that will overshadow the authenticity of the place. We can observe a real plague of big, disproportional, concrete notice posts with the trademark roof ‘hats’. They are increasing in number, not only in the Old Town. It seems that not even the Market Square can resist the modernisation intentions of the Krakow authorities.” He also stated that with the building of more pseudo-old street lights, the authenticity of the city suffers.

The chairman of the Association of Polish Architects (SARP) in Krakow and also a member of the jury in the competition, Piotr Gajewski, stated that unsuitable decorations will kill the memorable history of this city. “Soon enough we will cease to recognise the differences between truth and falsity and we won’t be able to appreciate the things in our city that are original and those that are made to look old, but are actually new… It’s important to maintain the history of the city. That’s what I will be looking for in the design for Plac Wolnica,” announced Gajewski.

The debate wasn’t lacking in ideas. The representatives of the Friendly Kazimierz society also appeared at the meeting and the biggest emotions were raised by transportation and communication issues. “Something must be done about all the cars that block the pavements. Mały Rynek is a great example of change. That place has calmed down after they closed down the parking,” claimed Marcin Lassot from the society.

The biggest problem here is keeping the balance between the importance of history vs. the city’s needs. The new design should not cast a shadow over the monuments of this square; on the contrary, it should make the beautiful historical features of Plac Wolnica stand out. With so many suggestions to keep the place intact and even some more on how to make it stand out, it’s going to be hard to satisfy everyone. Whatever happens, the people have been heard. Their opinions and statements will help the judges to create the criteria for the competition.