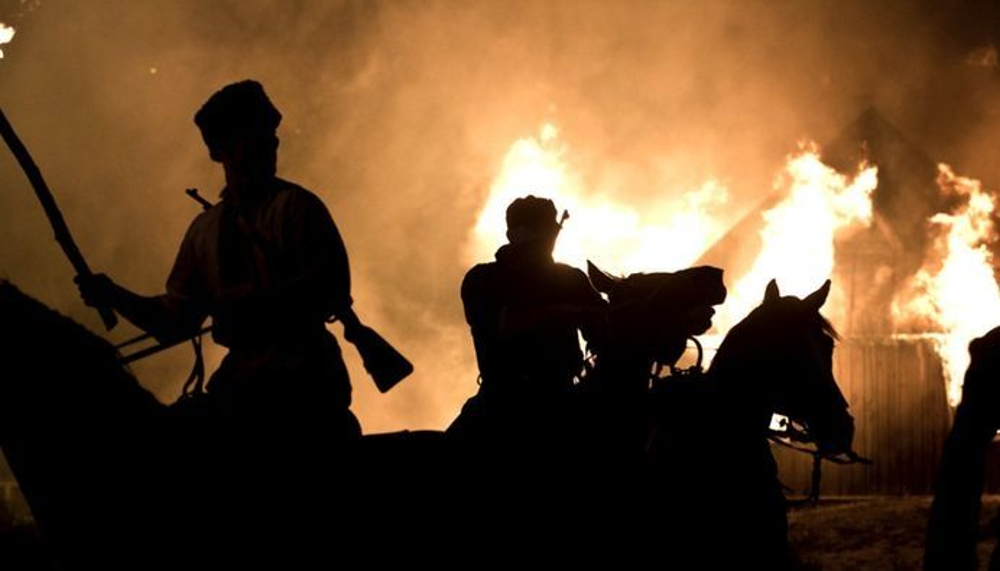 Some detractors might think the release of Hatred was cunningly planned beforehand. The massacres perpetrated by Ukrainian nationalist (UPA) during the Second World War sparked an uneasy debate in Poland. In July 2016 Polish Senate used the word “genocide” and established July 11 as a National Day of Remembrance to commemorate the purge of Poles in the Nazi-occupied territories.

Coverage from domestic media on the topic has increased recently, but Smarzowski did not ride it just to increase his audience: “I started this project before Euromaidan. My aim was to avoid a nuance-less depiction of the events. I am a Pole so the movie was made from a Polish perspective, but Ukrainians also had their reasons.”

Hatred opens with an interethnic marriage between an Ukrainian boy and Polish girl in the countryside of Volhinia: a bacchanal as much debauched and intoxicating as the one featured in The Wedding (2004), his full-length debut. The harmony is suddenly broken and the Polish cineaste rushes the audience to a spiral of violence. Hatred is interspersed with gory killings and medievalesque tortures that seem to be taken from Bosch’s paintings. Poles are the main victims of massacres, but the escalation of sectarian violence is fuelled by bipartisan propaganda like in the scene where a Polish priest is inciting to hatred for his Ukrainian orthodox neighbours.

In the history of Polish cinema, Hatred can be put near Andrzej Wajda’s masterstroke The Promised Land (1975), due to its anti-romantic depiction of historical events. Viewers with a strong stomach will be utterly rewarded with Piotr Sobocinski’s brilliant cinematography. Once again after Rose (2011), Smarzowski pillaged the visual conventions of the western genre, especially in the metaphoric epilogue that would drive Claude Lanzmann and several French film critics opposing Wajda’s Korczak (1990) out of their minds. The fact that such a talented director decided to open one of the Pandora’s boxes from Poland’s recent history is a privilege for movie-goers. 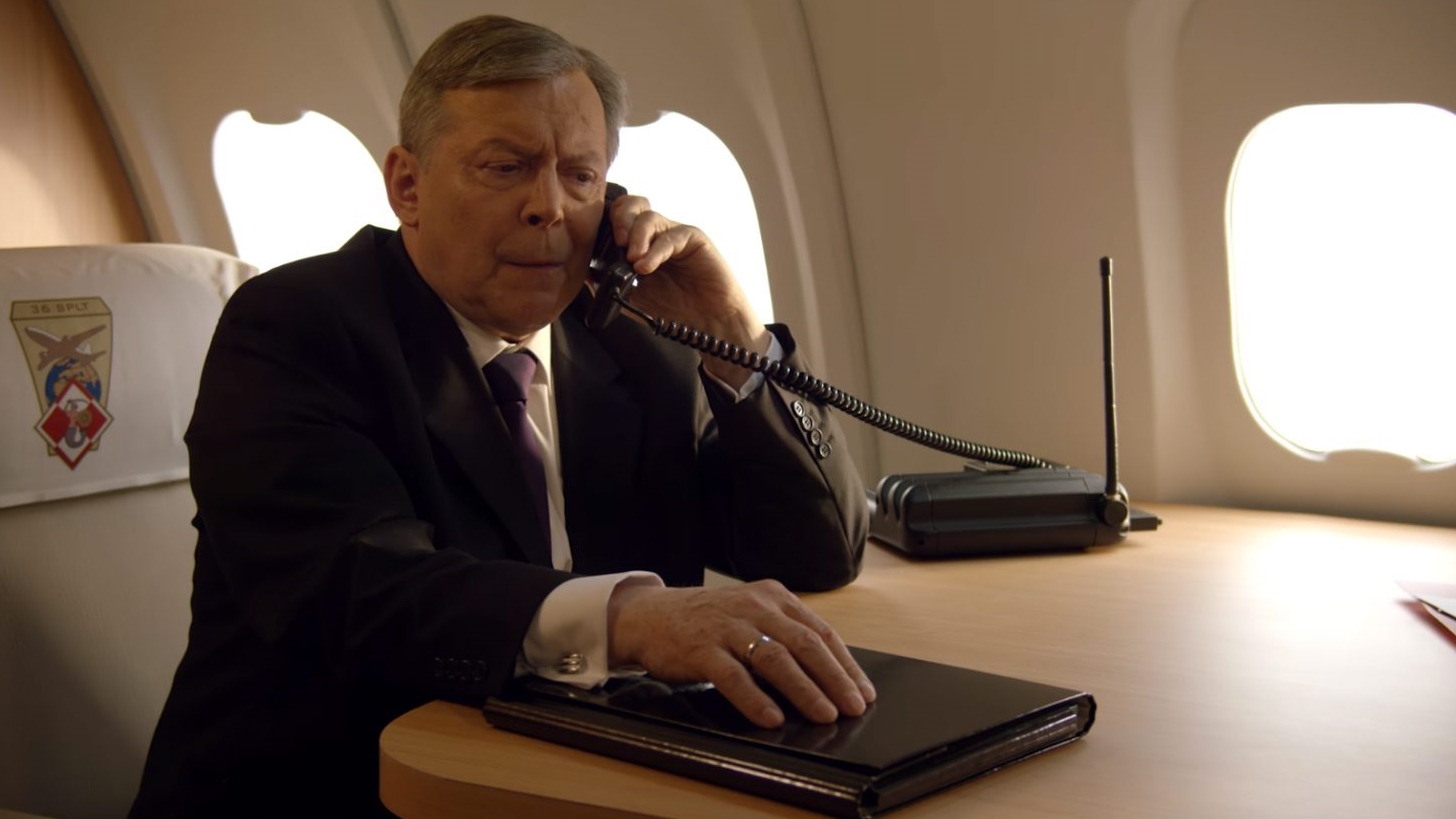 Despite being excluded from the main competition, Antoni Krauze’s controversial picture about the Smoleńsk catastrophe was screened this year at the Gdynia Film Festival for the record of the festival-goers. Like many others domestic viewers, festival director Michał Oleszczyk believes that Smoleńsk is the first feature film devoted to the Polish Air Force crash. Such a statement is partially true as Prosto z nieba (Straight from Heaven, 2011), directed by indie director Piotr Matwiejczyk, is rather domestic drama almost entirely focused on the reactions of the victims’ families to an aerial disaster that has stirred up the Polish nation since 10 April 2010.

Eventually, Matwiejczyk’s effort, shaped on a really tight budget, sunk immediately into oblivion due to poor distribution and lack of advertising. Krauze’s picture, on the other hand, premiered in September 2016 at the National Opera in Warsaw in front of local politicians. Just as in the case of the nearest relatives of the victims, journalists were not invited to the “institutional” premiere in an attempt to avoid media criticism. Nonetheless, this was not a big loss for the non-intended audience. Unlike Matwiejczyk, Krauze gave a thrilling twist to the cinematic rendition of the aerial catastrophe.

The plot is centered on the investigation of Nina (Beata Fido), an obstinate but intrusive journalist who challenges the official version of the plane crash. Fido is not convincing as the main confidant of the victims’ families and aviation experts. At the same time the news footage about the masses fed with conspiratorial theories about Russia’s responsibility for the tragedy do not integrate well with the fictional scenes. The doubts about the official version of the accident mushroom as the film progresses.

Krauze’s film is also a cinematic encomium of Lech Kaczynski’s stance in Poland’s recent history. The political leader of the PiS party who died in the air crash is portrayed as the symbolic leader of the Georgian resistance against the Russian invasion in 2008 during a speech in Tbilisi filmed in a Hollywoodesque fashion. 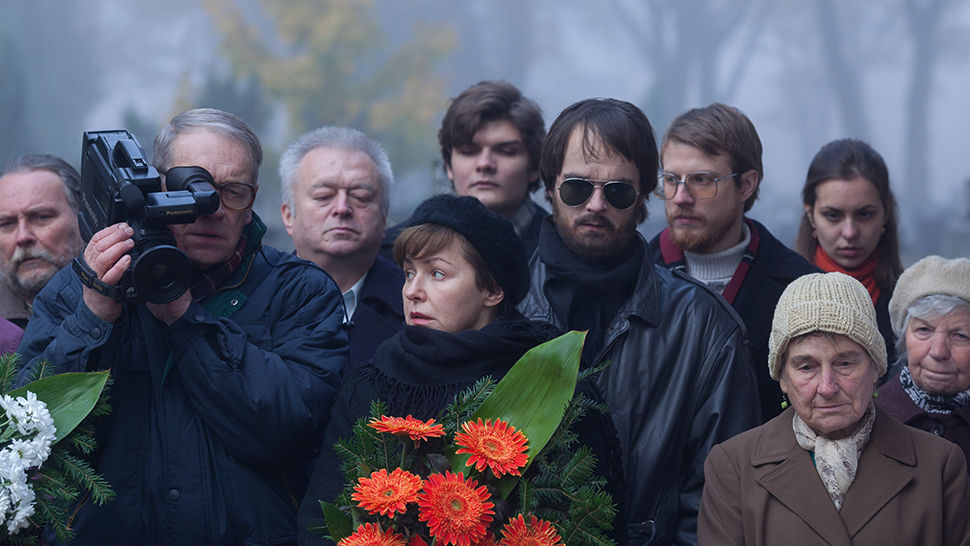 Zdzisław Beksiński’s oeuvre has been rediscovered after his tragic death one decade ago. It’s not that his visionary style was not appreciated in Poland and abroad, but his figure has been devalued among local academic specialists, mainly because of the tacky morbidity of his works and lack of artistic education.

2016, though, will be certainly remembered as a key year in his posthumous success. Recently, the Nowa Huta Cultural Center opened a permanent exhibition of his works belonging to the Dmochowski family. Additionally, Jan P. Matuszyński released a double-headed biopic about the artist himself (Andrzej Seweryn) and his son Tomasz (Dawid Ogrodnik), a famous translator and radio journalist that committed suicide.

Matuszyński opted for moving the scenes of the artist at work to the background while focusing on the Beksińskis’ family relationships. The Last Family proves that synth pop hits on vinyl from the Western Bloc and Coca-Cola bottles could sometimes also reach Poland in the Communist era.

Above all, The Last Family is a thorny and intimate film about death working in front of the camera, as filmed by the artist himself while experiencing losses in his family. Matuszyński managed successfully to avoid any melodramatic tone in his film. Seweryn’s brilliant rendition of Beksiński unveils the visual sadism and voyeuristic penchants that affected the artist during his lifetime. From this perspective, his character can be compared to the one of Filip Mosz in Krzysztof Kieslowski’s Camera Buff (1977) who is also willing to film amateurishly everything in his private life. At the same time, Ogrodnik’s terrific method acting as the mentally unstable son of the artist is worth the price of admission by itself. Nobody turned their nose up this year in Gdynia when Matuszyński’s first feature film was given a Golden Lion.