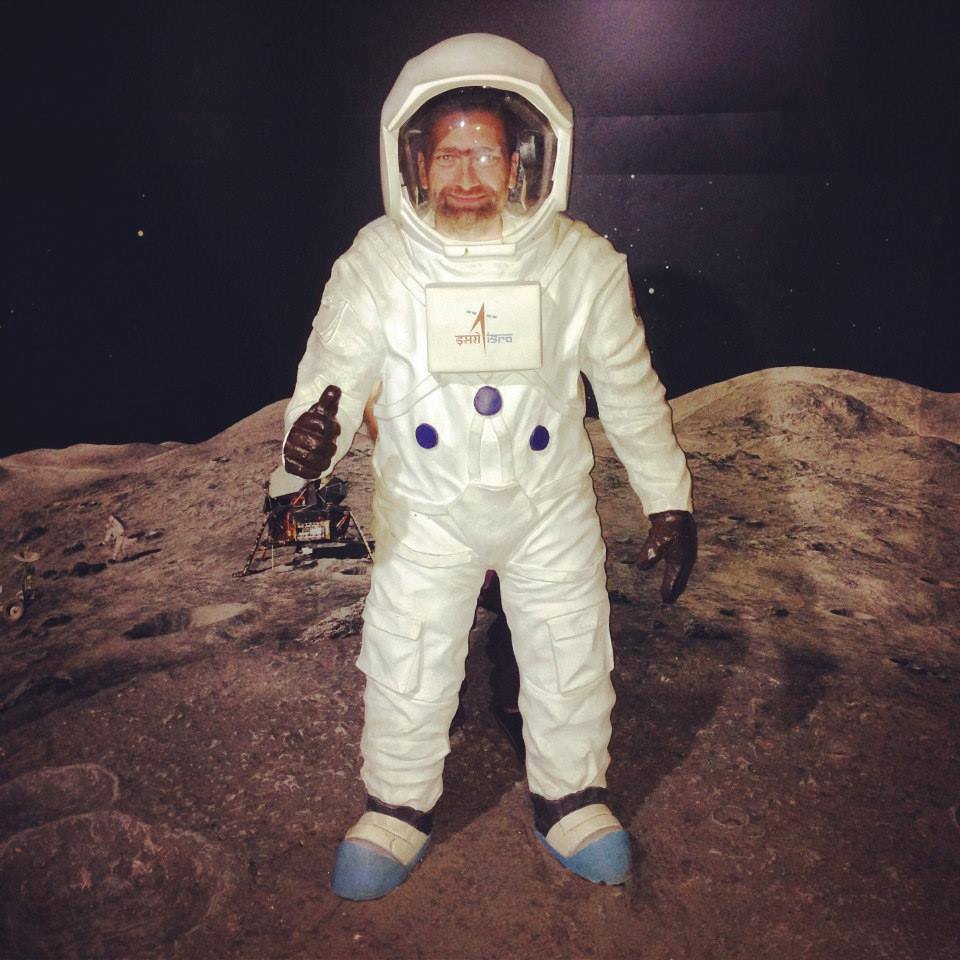 Most expats living in Poland – even those in the music community – may not recognize the name Marcin Babko. But ask anyone in the Polish music business, from musicians to journalists, record store owners to managers, and everyone in between, and you will hear the story of a selfless music lover who worked tirelessly to promote what he believed in – whether it was his own music or that of up-and-coming artists, especially from the Upper Silesia region. As a journalist, promoter, artistic director, consultant, musician, and creator of the Falami record label, he was responsible for introducing many artists to the Polish music consciousness.

Tragically, he died this past Sunday night at the age of 41 when he apparently walked directly into the path of an oncoming train in Sosnowiec, leaving both friends and professional contacts stunned. “I know that this expression may be regarded as corny or too exalted, but I am really deeply shocked and absolutely devastated by Marcin’s death,” said music journalist Les Dutkowski, a veteran of many years in the Polish music scene himself, who crossed paths with Babko many times. “For years Marcin was a full-time music journalist at Gazeta Wyborcza in Katowice, so when a well-known band came to the capital of Upper Silesia and interviews were granted, it was almost a 100 per cent certainty that he would be there. In such circumstances I’d met him many times. He was always relaxed, because he was always perfectly prepared for the interviews.”

For example, Les remembers a time when “we both were granted interviews with Tool in [Katowice arena] Spodek’s backstage. Myself with Justin [Chancellor – bass] and Marcin with [drummer] Danny Carey. We both started at the same time and had, like, 20 minutes. So, exactly 20 minutes later, we met again. I showed him Justin’s autograph on the special edition of [Tool album] 10,000 Days that my friend gave me to get signed, and he showed me the big drum membrane [drumhead] that Danny gave him with a pentagram drawn in marker. We laughed out loud about it.”

In addition to his many interviews and features in publications such as Gazeta Wyborcza, Jazz Forum, and Prime, Babko authored several full-length music biographies on diverse subjects such as Brit superstars Coldplay (Otwórz Oczy – Open Your Eyes, 2006) and Polish harmonica virtuoso Irenaeus Dudek (or Shakin’ Dudi, as he is known.)
Besides his successful journalism career, Marcin was himself a renowned musician with such respected artists as Muariolanza, Babie Lato, and hipiersoniK, who had the distinction of being invited to tour the UK with space rock pioneers Hawkwind by the legendary bandleader Dave Brock himself.

Starting with his 2003 involvement in the Rawa Blues Festival in Katowice, he became very involved in discovering and promoting new artists, eventually becoming artistic director of such successful festivals as the Fusion Music Festival and the Sealesia Falami Festival, eventually notably founding the Inne Granie Festival featuring his most exciting new discoveries in alternative music. “Marcin had a very good ear and something that I would call scouting sense. He could find promising artists and bands,” Les observes. “His role in promoting alternative music from the Upper Silesia region in the last six or seven years was crucial.”

One such discovery was the great band K-essence, who Babko spotted early in their career and invited to perform at the festival. Singer/songwriter/guitarist Bartek Czarno-Księżyk remembers him fondly. “He was a wonderful person, always very kind and open. I’ll remember Marcin as the tall, always smiling guy, wearing a funny unibrow, with a most imposing and creative personality. A great loss.”

As part of his tireless promotion of new bands, he founded the Falami record label, releasing compilations of Upper Silesian bands, as well as albums by his own band hiepersoniK. Even though he’d slowed down in recent years, this past February his label released Kuba Luka’s Five Songs From A Lisbon Balcony, an acclaimed and gorgeous album of piano-based compositions. More recently, he’d been concentrating on the Sadza Soap business he’d started with his wife, but in 2013 he was given the Sosnowiec artistic award for the Dissemination of Culture.

Of course, it’s a fool’s errand to attempt to ascertain exactly what happened last Sunday night, but as happens with such tragedies, questions abound. Also, as is so often the case, from the outside, Marcin seemed to be content. But we never really know what turmoil lies inside another person, sometimes even those closest to us, do we?

I never met Mr. Babko personally, but I KNOW him. I know what it is to be passionate about music, to a fault.
To forego the job security of a ‘normal life’ because the joy of introducing great art to like-minded souls, or the creation of your own, far outweighs the lack of financial incentive. In the 21st century, more than ever, few are able to make a decent living – never mind become wealthy – by pursuing any career in the music business. Many of the most talented writers, producers, and musicians I know – people involved with some of the most interesting and vital art being made today – work full time day jobs in order to facilitate their creative endeavors. Those who are driven to be part of this process often do so at their own peril. In a world where success is most commonly defined in monetary terms, it can be demoralizing, lonely, and thankless, and yet, for those of us so inclined, it is what drives us, and makes life bearable.

And sometimes it just gets to be too much. I know, I know… first world problems. And yet…

Of course, this is just my pretentious conjecture, and I’m just a guy who writes about music. We will probably never know what factors contributed to Marcin Babko’s final act. But as Les Dutkowski says, “It’s so sad to think that, in this world, I will not again have the chance to meet him at some show in Katowice, see him with his big smile while saying his usual welcome to me ‘it’s so good to see you!’ It always sounded so sincere. Never fake.

“In the entertainment business,” Les continues, “in which myself and Marcin worked for so many years, there are so many two-faced people, fair-weather friends, ultimate assholes. People who always remember your phone number when they need something, and forget who you are when you need something from them. Marcin Babko was never ever like that. Any trouble I had in finding some relevant contact in Upper Silesia – whether it was radio, television or newspapers – I could be sure that he would at least try to help, most of the time successfully.”

No doubt speaking for many in Poland, Les concludes, “He will be terribly missed. And I know that he will be missed not only by me, but by so many here. A very good man, very good musician, very good journalist…departed much, much too early.”

One thought on “The Tragic Death of Music Entrepreneur Marcin Babko”