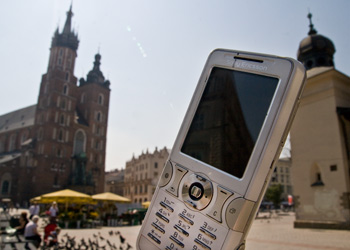 Poles travelling through Europe this summer, as well as visitors to Poland from other EU nations, will now find it cheaper to keep in touch using their mobiles.

In comparison, the previous EU average for texting while roaming was 28 euro cents (złoty), and calls averaged at 46 euro cents per minute ( złoty). In a press conference announcing the changes, EU Telecoms Commissioner Viviane Reding stated: “The roaming-rip off is now coming to an end.”

In addition, mobile operators will now have to charge by the second, instead of rounding up to the nearest minute, for all calls over 30 seconds.