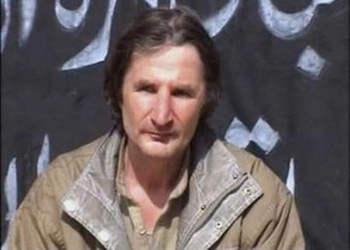 Piotr Stańczak, a Polish engineer working in Afghanistan for Geofizyka Krakow, was kidnapped by the Taliban in late 2008 and beheaded by his captors on the 7th of February. Now, a fellow hostage has revealed that Stańczak was given a chance to save his own life – and refused.

According to the German Press Agency (DPA), who interviewed Mohammad Amir (not his real name), a recently-released hostage of the Taliban, Stańczak had gained the respect of his captors. The Pole did not show fear and ate and slept well while in captivity. Amir was told about Stańczak by a Taliban guard, who stressed that it was difficult for his commander to order the engineer’s execution. According to Amir, that was why the commander gave Stańczak a choice: convert to Islam or face death. With no hesitation, Stańczak chose the latter.

Amir told the DPA that Stańczak was “very stubborn” according to the guard, and that he insisted that the Taliban release him, allow him to return home and take counsel from his family and then decide whether to convert.

Stańczak’s captors had been negotiating with the Pakistani government, which failed to meet their demand of the release of imprisoned militants. The Polish government has been heavily criticised for their role in the engineer’s death; a report released in early June by the Presidential National Security Bureau (BBN) stated that “Piotr Stańczak did not fall victim to the effective tactics used by the kidnappers, but to the inefficiency of the Polish government.” In particular, the report blames Prime Minister Tusk for his statement made on the eve of Stańczak’s murder, in which he said: “Poland will not pay ransom to Taliban […] and it is not going to pay any ransoms whatsoever.” The BBN concluded that the prime minister’s words could have directly contributed to the engineer’s death.

However, the prime minister’s government has criticised the president for using the report as a political attack before the elections.