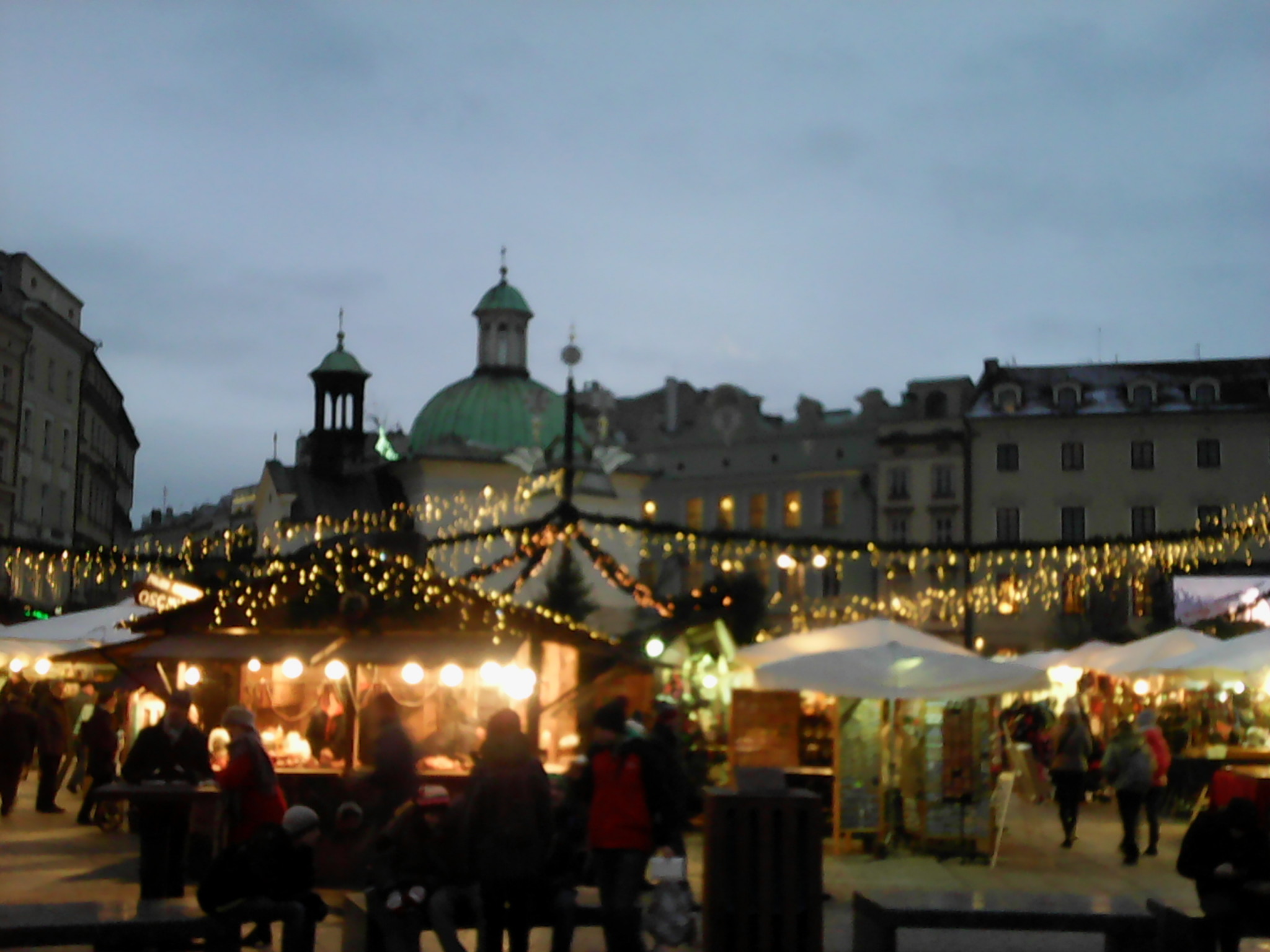 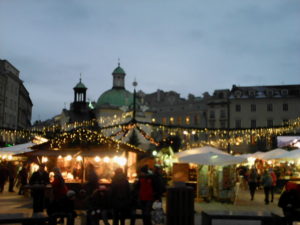 Both the annual Christmas market and the new snow dusting the shoulders of those flocking to it, are seen by many busy working bees as a hassle. However, rather than viewing the complimentary duo as ‘something that gets in the way’, a large proportion of Cracovians are currently delighting in the fresh tingling of eagerly anticipated seasonal magic.

After a brief tease a few weeks prior, snow seems to be finally joining us for winter, and the weather reports predict that it will stick around. Floating delicately through the crisp air of Stare Miasto (The Old Town), it might be seen as the perfect backdrop for the opening of the traditional Christmas markets, held each year in the main square.

The hot wine is pouring from giant wooden casks while billowing steam rises from the many fires busy searing every kind of meat you can imagine. Delicate details are being painted onto thousands of tree ornaments, the metalsmith’s hammers are ringing loud and clear and the small wooden kiosks of the Christmas Markets are open for business.

A woman is dead and a man faces up to 5 yrs in prison on charges of manslaughter after a 150 kg boar attacked and killed an elderly woman in Świętokrzyskie province.

In May of this year, the dying woman was discovered in a meadow by her son whereupon she informed him that she had been ambushed by a large boar. Shortly after the attack, police managed to capture and kill the animal suspected of inflicting the deadly injuries.

The meadow in which the woman was found was only a short distance from the Mini Zoo owned by a Jan Marcin P. Almost half a year after the incident, charges are being pressed against the man and investigations are taking place to discover if the boar was in fact a genetic descendant of Jan Marcin’s herd.

Krakow Society for the Prevention of Cruelty to Animals is under fire this week as one of their Krakow Animal Shelters is being investigated by the prosecutor’s office for neglect.

Officials in charge of running the shelter on Ulicy Rybnej have been accused of shirking their responsibilities and letting the shelter fall into a poor state. It is believed that sub-standard supervision has led to the shelter mishandling its duties in caring for the lost and abandoned animals.

Questioning into the exact utilization of the PLN 360,000, donated over four years by residents, is taking place.

With the controversial education reform in full swing, protests and protests against protests abound. Parents, teachers, MPs and students are all up in arms over what they believe is the right way to educate the future generations. As the children affected by these decisions will one day be running the country, enormous variations in opinion about how the schools should be preparing them for this looming task are being taken very seriously.

Tomorrow will mark the beginning of parliamentary debate as the initial reading of the new education reform law will be presented. The bill would come into effect by September 1st 2017 but the government will have the final say on the reform in only a few months, with the definitive draft to be secured by the end of March.

In anticipation of the passing of certain contentious proposals, schools are in discussion on whether or not they will choose to strike. Many education professionals feel that the projected changes made by the reform will severely hinder the development of students.  In order for a strike to take place, the faculty of the individual institution will need to hold a vote and garner at least 50% of those votes in favor.