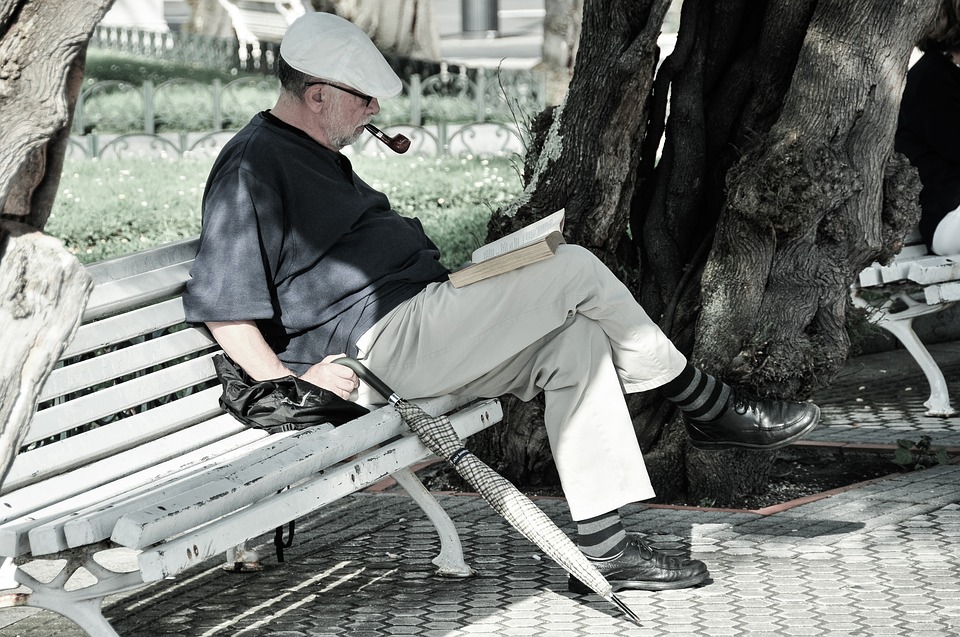 Books are a precious resource of human consciousness, each page a testament to the human condition in one form or another. Many a hand has enriched the pages of a book with the distinction of their own particular human soul, just as other hands have later turned the pages of that same book, themselves enriched by the shared human experience.

Back in September, the artistic cupboard was placed in the centre of the park and filled with dozens of books. It was intended that passersby could either borrow from the shelves for a moment of peace in the park, or else bring a book of their own to donate or to swap.

However, after some time all but three of the books have disappeared… along with the door of the cupboard.

Resident’s have suggested that somebody has been removing the books by the bag-full and selling them as waste paper. However, in a testament to human faith and in spite of setbacks, optimistic library staff plan to continue this connective reading experience. Choosing to believe that the disappearance of the books testifies to the success of their reading movement and that their books are out there, somewhere in good hands, being appreciated.

The Nowohucka Public Library will re-stock the cupboard with new books, although this time along with a cautionary regulation about book waste.

Last week in Krakow, the  debate on abortion law took a drastic turn as six billboards featuring images of dead fetuses were erected. The dramatic images were unveiled at intersections across the city but after much protest from citizens they are now to be veiled once more. Large numbers of phone calls to local police stations and district councils have forced  the Pro-Life organization (‘Fundacja Pro – Prawo do życia’ – Foundation Pro – Right to Life), behind the imposing exhibition, to re-think their campaign.

In the meantime,  the images on the billboards have been obscured, leaving visible only evangelical quotes and depictions of Jesus with a crown of thorns. Those behind the poorly received posters are required to present less aggressive designs for their advertisement before they will be allowed to reveal them once more.

With a hairbrush concealed beneath a cloth to resemble a gun, a 38 yr old  woman has on Monday 21st attempted the robbery of drugs from two separate pharmacies.

Approaching staff, she held the cloth with the end of the brush sticking out, resembling the barrel of a gun. The woman demanded that the pharmacy staff provide her with specific medication but the staff were unwilling and managed to raise an alarm. Fleeing the scene, the hairbrush wielding woman directed herself to a nearby pharmacy where she repeated the process to similar results.

The police, now notified of the event  and possessing a description of the woman in question, quickly identified her and proceeded to her place of residence. Upon connecting to her apartment through the intercom, they were met with the voice of a child who informed them that the woman was away, visiting the doctor. After a few minutes, the woman, her face covered by a shawl, returned to her home and was arrested by waiting police.

The 38 yr old has yesterday appeared before prosecutors on charges of attempted robbery and faces up to 12 years in prison.