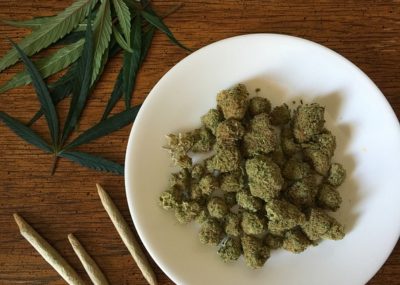 ‘Where there’s smoke, there’s fire’ –Krakow’s Police and Firefighters have had first hand experience with the truth of this phrase when upon arriving at the site of a reported blaze, they discovered more blazing than they had bargained for.

At the home of an unnamed 39 yr old male from Miedziana Góra, a fire breaking out in his boiler room brought the rather unwanted attentions of both Firefighters and the Police. By the time that emergency services had arrived at his house, the man had already extinguished the flames and subsequently attempted to extinguish the interest of his concerned guests.

Informing the authorities that the situation had been controlled, the unnamed citizen insisted that ‘nothing major had happened’ and refused them entry. The nervousness of the man alerted the suspicions of the police and they made the decision to force entry into his home. In a case of pot luck, their suspicions were soon justified as they uncovered 31 jars containing cannabis, along with heating equipment, plants and a grinder.

Weighing in at nearly 2 kilograms, this mans home gardening centre leaves him accused of possession of a large quantity of drugs and facing up to 10 years of jail time for his green thumb.

A second chance to delve into the historical and cultural complexities that make up Poland’s heritage; Museum Open Day is back for an encore.

On the 20th of November, institutions such as the Army Museum, the Museum of the History of Photography, Bunkier Sztuki & MOCAK along with ten branches of the Historical Museum of Krakow are welcoming people of all ages through their doors, free of charge. 23 Museums in total are participating in this second Museum Open Day for 2016 and they are encouraging both visitors and residents to join in the festivities.

Special exhibitions, normally closed to the public will be unveiled while workshops, lectures and demonstrations will be running throughout the day. Take a sneak peek at Japanese-Polish relations at Manggha (Museum of Japanese Art and Technology) or explore Palace Krzysztofory on one of their special guided walks. Completely without payment, all of the regular permanent exhibitions will be waiting patiently to be perused as celebratory concerts also pop up across the city to mark the occasion.

POLITICAL: The Curse of the Wawel Exhumations

Today begins the exhumation of the bodies of Lech and Maria Kaczyński; the presidential couple who passed away in the infamous plane crash now known as the Smolensk catastrophe. Along with many other influential figures who died during the incident, great controversy and abundant conspiracy have surrounded their deaths. Amongst numerous theories, accusations of assassination remain rampant and past investigations have been labelled as corrupt. Culminating in the re-investigation which has prompted the recovery of their remains,  autopsies and CT-scans will be carried out in order to determine, among other things, the honesty of the original autopsy reports.

Accompanying the re-opening of the sarcophagus, a stirring of old legends has risen with the dust. A royal curse is said to haunt the crypt, beginning with the exhumation of King Casimir IV in 1973, 500 years after his death. Within a year of disturbing the resting place of King Casimir IV and his wife, Elizabeth of Austria, the first person involved in the exhumation was struck down by the ‘curse’. Those who participated began to drop like flies – four more deaths followed shortly after and within ten years, a further 15 lives were to be claimed.

July 1949 and a new exhumation is taking place, that of Queen Jadwiga who passed away in 1399, shortly after the birth and subsequent death of her daughter. The 2008 excavation of her remains is for reportedly anthropological study and yet, more deaths followed –  leading modern-day believers to wonder what the opening of the tomb of Lech and Maria Kaczyński will bring.

Wawel Hill was closed off to tourists as immediate family members of the presidential couple and representatives of the prosecutor’s office watched on as the work commenced. The remains of the Mr and Mrs Kaczyński will be transported to the Department of Forensic Medicine at the Jagiellonian University where a team of 14 specially selected ‘objective’ experts will investigate the evidence offered by the deceased.

As of yet, this is the ninth exhumation of victims of the Smolensk catastrophe carried out by Poland – it was discovered in six of these cases that the bodies has been exchanged.