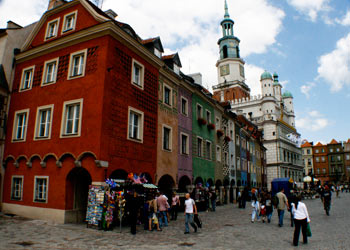 In a survey on the best places to live in Poland by the weekly magazine Przekrój, Krakow placed third out of 26 cities with a population of over 175,000. The cities were ranked based on their scores in 24 categories, including mean real estate costs, average salaries and unemployment rates, availability and quality of public transport, medical care, technology, education, as well as access to cultural activities and entertainment.

Poznań, which came in as number one in the country, did so due to its high scores in the categories of public transport (including bicycle paths) and social programmes.

While high real estate prices kept Krakow from the top spot, it ranked so well due to its low unemployment, high wages, public transport and education systems, green spaces, and number of swimming pools. The city failed, however, on the number of bike paths (scoring a miserable one point out of a possible five).

The nation’s capital and largest city, Warsaw, came in halfway in 13th place, despite having the highest mean salaries.