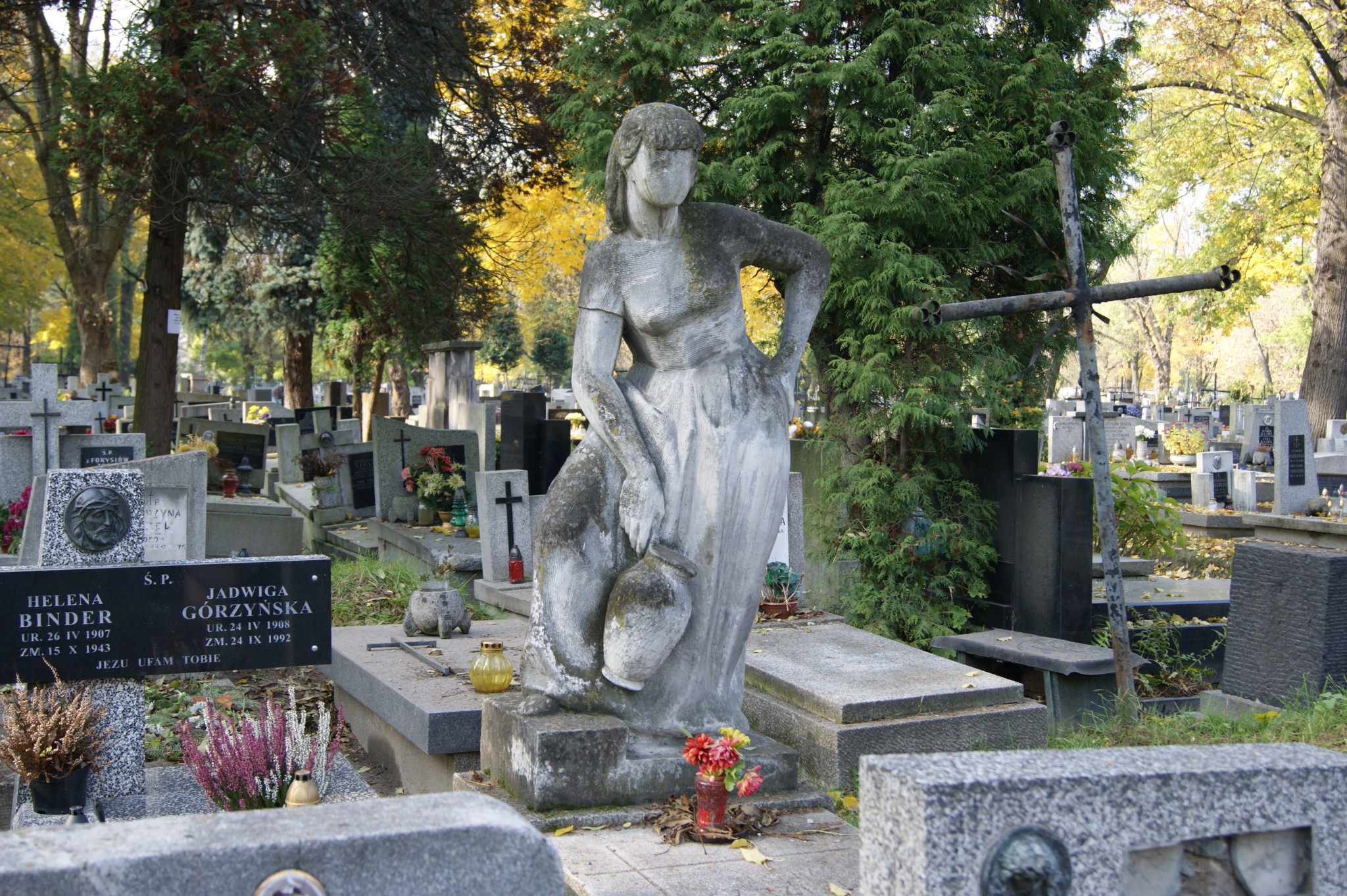 Speaking to anyone who’s new around town: if you do nothing else while living in Krakow, you simply must visit Rakowicki Cemetery on All Saints’ Day, especially in evening. In this city that so embodies the historic, it is truly one of the most magical, otherworldly, nearly supernatural experiences one can have. Even for a non-religious old rock and roll heathen like myself, the experience of placing a candle on the grave of the great Polish troubadour Marek Grechuta (about whom more below) was awe-inspiring. The atmosphere created by the thousands of candles placed carefully on each and every grave illuminating the chill night air, the occasional passing cadre of monks somberly singing in Latin followed by pockets of silence and hushed reverence – well, you’d have to be, um, dead not to be moved by the extraordinary beauty of it all. AND it’s free, of course!

But yeah, this is a music column, right? Well, there’s a concert this year as well, and it will feature some of Poland’s best-loved songs performed by well-known singing actors such as Basia Stępniak-Wilk, Przemysław Branny, and Bartholomew Przytula, backed by the Fusion String Quartet. In observance of the solemnity of the day, there will be only quiet reflection and silent appreciation, and no applause, as a dozen or so classics that came from the pen of Grechuta, Czesław Niemen, and Grzegorz Turnau – to name but three – will be rendered in new arrangements, created especially for the occasion. Watch the show, and spend a few hours marveling at the magnificence of Rakowicki on All Saints’ Day. There’s a kind of perspective to be found there, no matter what you believe in (or not.)

You could be forgiven for thinking that the very idea of Ten Years After without late guitar god-vocalist Alvin Lee (who died tragically during a routine medical procedure in 2013) is absurd. It was, after all, his 20 ft. high visage on the silver screen in the Woodstock film 40+ years ago – hair and fingers flying on his trademark Gibson 335 on the ultimate 10 minute speedfreak boogie, “I’m Going Home” – that broke the band outside their native England. And it was Lee’s timeless ballad, “I’d Love to Change the World” a year later, from the atypically pop (for Ten Years After) yet brilliant 1971 album A Space in Time, that solidified the band’s presence for all time on classic rock radio formats the world over.

But TYA were first and foremost one of the finest British blues bands of the late 1960s and 70s, and the engine that drove them to that status is still quite alive and well. Since reconvening the band in 2014, and heard on last year’s live album The Name Remains The Same, original drummer Ric Lee and keyboardist Chick Churchill are joined by legendary bassist Colin Hodgkinson (who’s worked with Spencer Davis, Alexis Korner, Pete York, Miller Anderson – not to mention Whitesnake and various Rolling Stones-related projects, and that’s just a tiny bit of his CV) and 31-year-old wunderkind Marcus Bonfanti, who has made a big impression in blues circles over the past decade as a guitarist/vocalist to watch. Bonfanti brings a new voice to this distinguished venerable combo, without losing any of the great tradition of the band’s illustrious past. If you have a love for the blues, don’t miss it.

Probably the only musician to have worked with Prince, Pink Floyd, Beyoncé and Van Morrison, this Dutch sax player obviously has the chops to fit in anywhere. But her own music tends towards a kind of smooth jazz, characterized by strong melodies and clear tones – nothing too challenging for the listener, yet expertly crafted and slightly funkier than that of, say, Kenny G. If you’ve had any exposure to Polish radio, you know her unforgettable “Lily Was Here” (with Eurythmics’ Dave Stewart) – an earworm if ever there was. With 10 studio albums since 1990 (and a new one imminent,) Miss Dulfer is probably the most commercially successful jazz sax player since Mr. G himself.

Hugo Race is perhaps best known as a founding member of Nick Cave and the Bad Seeds back in the mid-1980s, but that was merely a brief moment (two albums) in a very prolific career. As well as a successful author and record producer, he’s been involved in at least a dozen collaborative projects since, as well as 20+ albums under his own name. HUGO RACE FATALISTS is the name given to his collaboration with the experimental Italian band Sacri Cuori, but the 24 Hours To Nowhere album is, by Race’s own reckoning, the most personal work of his career. It is analogous to what Nick Cave himself did with his The Boatman’s Call period; utilizing a full band to strip the songs down to their barest emotional purity. Like the best folk music, these are tales of life, love, and loss, and Race has the perfect weathered storyteller voice with which to convey them.

The evolution of that amorphous digital musical idiom that began as ‘techno’ or ‘electronica’ has evolved into such sub-genre as EDM, IDM, minimal, happy hardcore, electroclash, vaporwave, and a hundred others. Yet it has always struggled for respect in more traditional music circles, perhaps because of the lack of more orthodox (as in analog) musical instruments, coupled with a perceived lack of ‘warmth’ or personality.

The solution? Enter ‘Folktronica’ – a curious mixture of beats, loops, and sequences, coupled with more conventional song structures and catchy choruses, often with a singer-songwriter feel. From the dark fairy tales of Bat For Lashes to the musique concrète of Matmos, it’s impossible to tell where the samples end and the indigenous instruments of Eastern Somewhere-You’ve-Never-Heard-Of begin. And that’s precisely the idea. When it works, it is genre-bending at its best.

Which is where Crystal Fighters come in. With their third album, Everything Is My Family, barely a week old, they bring their brand of strangeness and charm to visit, with their array of odd musical instruments in tow, such as the txalaparta – a kind of weird two person xylophone thing that you’ve probably never seen before, as well as the danbolin, the txistu, and the charanga. The music is fast and melodic, with elements of Basque folk, Latin and African dance, and good old British pop.

Since their inception nearly a decade ago, they’ve been favorites on the summer festival circuit, and there is an undeniable sunny hallucinatory quality to much of what they do.

Mastery of the Hammond organ has become a bit of a lost art in the digital age, but at 45 years old, DEFRANCESCO has been astonishing audiences with his rare skill since the age of 10. While still a teen, or soon thereafter, he recorded with such musical royalty as Ray Charles, Bette Midler, John McLaughlin, and even Miles Davis (who called him “one bad motherf***er” – okay, I don’t actually know that, but it’s the kind of thing Miles generally said about musicians he liked) as well as the King of jazz organ and musical hero to the young Joey D., the great Jimmy Smith.

But unlike so many childhood prodigies, DEFRANCESCO has proven himself built for the long haul over more than 30 albums and twice as many guest, soundtrack, and tribute album appearances since making waves as a 17-year-old kid with his debut album All Of Me. He is known as a voracious and sometimes ferocious live performer, often churning out upwards of 200 shows a year, and this trio, with guitarist Dan Wilson and drummer Jason Brown, can rock as hard as it swings.

OUT OF TOWN PICK OF THE WEEK: 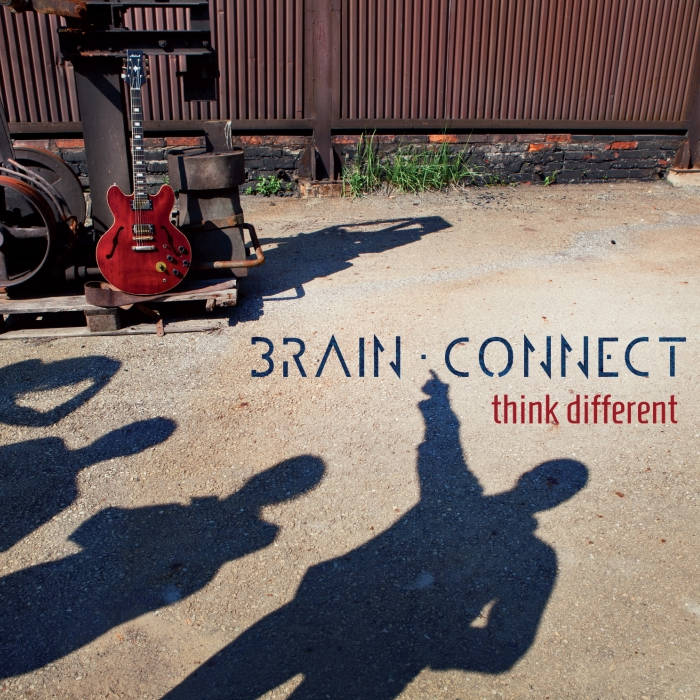 BRAIN CONNECT is the progressive rock/fusion instrumental side project of Osada Vida guitarist Jan Mitoraj, and last year’s Think Different album was one of the best of the year of any genre. The entire band is phenomenal, but Mitoraj himself is something special – a completely original guitar voice, with his feet in the foundations of Hendrix, Blackmore, Page, and Beck, with a little Satriani and Stevie Ray along the way, while looking beyond the horizons of Tom Morello, yet always completely unique – playing with more substance, soul, and class than flash. He is next in the lineage of brilliant Polish rock guitarists started with Collage/Believe’s Mirek Gil and continued by the late lamented Piotr Grudziński of Riverside, and although completely different from either of them, he is the equal of both. If you love great guitar, you’ve got to see this man play.

HERE ON EARTH are a very promising progressive rock/ alternative band whose debut album, In Ellipsis, is just released and already has great buzz. Full disclosure: I’ve only heard one song, but it is excellent, with a Riverside-esque vocal style.

Those two bands plus prog metallers HEGEMONY for 15zł? It’s well worth the hour’s journey…

Finally, this week also marks the annual GRECHUTA FESTIVAL, celebrating the music, art, and life of the great Polish bard Marek Grechuta. It features a number of events culminating in the Gala finale Sunday at the ICE Center. Grechuta is not only one of the most important musical artists in the history of Poland, and a favorite local son, but he is a personal favorite as well, and I’d intended to use the events of the festival as a framework to discuss his life and work. But in the tradition of ‘best laid plans’, the simple fact that all of those events sold out early made my discussion a moot point at best (no need to build excitement or spread the word about something we can’t actually acquire tickets for, right?)

However, at noon on Saturday, you can join a kind of slightly odd (okay, last year I thought it was VERY odd, but I’m not from here) sort of marching band-dedication-parade thing around the Main Market Square in Grechuta’s honor that originates outside Pod Baranami (Rynek Głowny 27,) but to be quite honest, if last year’s was typical, I can’t quite fathom what a marching band playing “When the Saints go Marching in” has to do with Grechuta.

Still, any event that helps to keep alive the work of this brilliant artist who left us far too young can only be positive. I just wish I’d gotten tickets…