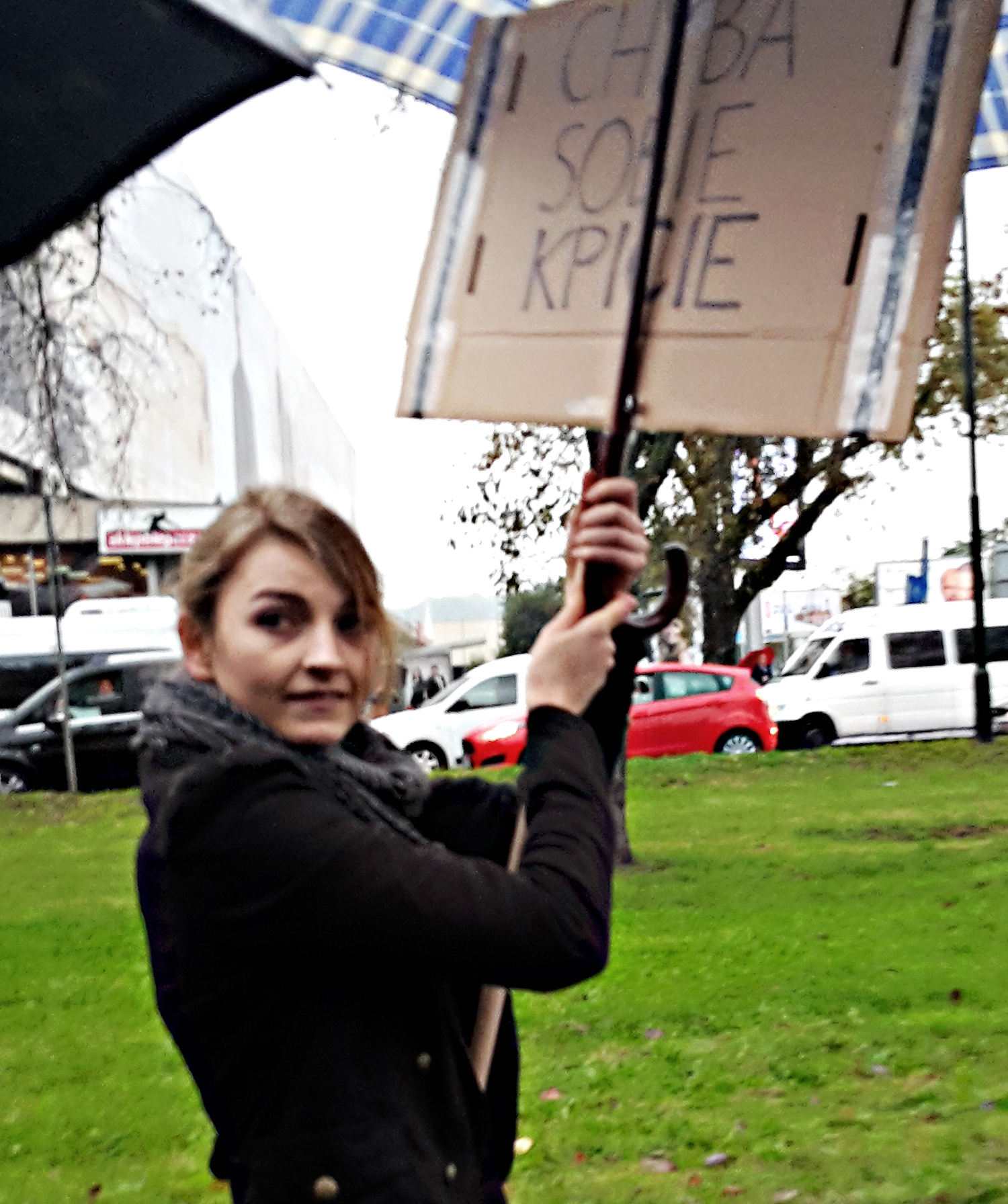 Doctors. Bankers. Translators. Baristas. Pensioners. Mothers. All these women and more (plus some men) took to the rainy streets of Krakow today, joining thousands in cities across Poland and beyond to protest the government’s moves to place a total ban on abortion with no exceptions and penalties for violators.

Part of the #CzarnyProtest (Black Protest) which took began a week ago, they chanted “Chcę mieć wybór” (“I want choice”) as they marched dressed all in black from Rynek Dębnicki to the Main Square and held up homemade signs and coat hangers, which have become a symbol of the movement.

Many of them left their jobs and some businesses even closed in a bid to demonstrate the importance of women to Polish society.

Some smaller counter-protests took place within churches, with attendees wearing all white to contrast with the black. The Polish Catholic Church supports the proposed law, and representatives decried the “culture of death” which they see as represented by abortion – a phrase popularized by the late Polish Pope John Paul II.

The abortion ban is currently held up in a parliamentary committee before potentially moving forward to a general vote on passage. It would replace the current law, which permits abortion in cases of rape and danger to the fetus or woman and is supported by nearly three-quarters of Poles.