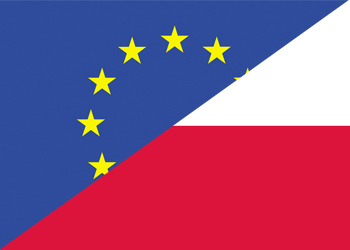 The 7th of June is the date reserved for European Parliament elections in all 27 member countries of the European Union. As the date approaches, the election campaign has become more and more heated, with news media presenting the most recent information about the candidates and poll numbers. The oncoming political event also allows Poles to reflect on the results of five years of Polish membership in the EU and the attitudes of Polish citizens towards the integration.

Five years ago, on 1 May 2004, when Poland celebrated a new chapter in its history – accession to the European Union – the event, preceded by a nationwide referendum, was welcomed by several generations of Poles, who had remembered the times of totalitarian violence and Soviet domination. The community uniting European countries guaranteed concrete values: democracy, open borders and greater cooperation between countries based on equality, liberty and brotherhood. This group of European Union advocates was opposed by eurosceptics, who perceived the integration as a threat to Polish independence and national identity.

As recent history has shown, the gloomy predictions did not come true since the balance of Poland’s membership in the Union so far has turned out to be definitely favourable, which has manifested itself in a stronger economy and Poland’s more established position in Europe. Since May 2004, a systematic growth of Poland’s gross national product could be observed, which was accompanied by an increase in the average salary. Gigantic financial investments, made mainly by Western European countries, fuelled the Polish economy substantially and various aid programmes contributed to the improvement of the state of Polish roads and railways. Membership in the EU has increased the mobility of many people, who found employment abroad or gained international experience participating in such educational programmes as Erasmus.

But the last five years were not only marked by successes. Since Polish representatives failed to be appointed on more influential, executive levels, they have had a limited influence on the creation of new European Union directives. Another blow for Poland was the decision to close down the stockyards in Gdynia and Szczecin, despite broad plans for their renovation and hundreds of talks.

However, in spite of some conflicts and problems that have occurred, support for the European Union in Poland has increased and according to a recent survey by the Public Opinion Research Center, integration advocates (85%) outnumber the eurosceptics (9%).

The European elections in all member states are governed by a common set of principles: common, free, secret and proportional voting, but the details differ depending on the country. In Poland, electoral committees from 13 constituencies were obliged to submit until 28 April a list of their candidates. According to the data of the State Electoral Committee, 1311 candidates will fight for the chance to occupy 50 seats in the European Parliament, which – according to the Treaty of Nice – are earmarked for Poland.

Recent polls show that the political groups that have the largest support are Citizens’ Platform (PO, 50%) and Law and Justice (PiS, 24%). According to Jarosław Flis, a political scientist at the Jagiellonian University, the results of the elections can be predicted even now. In an interview with Gazeta Wyborcza he states: “We know the polls, we know the maps showing support areas from the previous elections and with a large probability we can calculate from which region European Deputies of each party will come.” Since Polish electoral law favours the constituencies with greater numbers of voters, Citizens’ Platform, which does not have a constant, faithful electorate, is trying to make up for this by putting up famous names like Jerzy Buzek, Róża Thun or Marian Krzaklewski.

Jerzy Buzek, who has the support of Prime Minister Donald Tusk, is this year’s candidate for the position of the chairperson of the European Parliament. His success in the elections will depend on a favourable result for PO in June’s elections. Another serious candidate, Danuta Huebner, the first Polish Commissioner in the European Union, who is responsible for regional policy, also stands a large chance of being elected.

Although the number of euro-enthusiasts in Poland has increased, the majority of Poles do not seem to be eager to go to the polls. A Eurobarometer survey shows that only 13 percent of Poles declare their willingness to participate in the elections. This downward tendency can be observed not only in this country, but constitutes a problem in all European Union countries, since the average turnout is expected to amount to 34 percent, down from a high of 45.5 percent five years ago.

What are the reasons behind such low figures? Some analysts claim that this can be partially explained by the fact that such elections are generally treated as minor and as trials before each country’s general elections. Poland is not an exception to the rule – general elections have always enjoyed greater popularity amongst voters, reaching a peak turnout of 53.9 percent in 2007 (the highest level since the record figure of 62.3 percent in 1989).

However, the most recent international report carried out by the Foundation for Future Studies indicates that the lack of interest in the elections is caused mainly by the common feeling of discouragement and disappointment. According to the survey, two thirds of Poles think that they are being consciously deceived by the politicians, and half of the surveyed claim that they are disillusioned with politics and political parties in Poland.

Some Cracovians confirm this opinion. Barbara K., who operates her business enterprise in Krakow, gave another possible reason for the poor turnout: “The election campaign is teeming with rough-and-tumbles between politicians, who in fact are concerned with more than electors’ interests. Therefore many people are disheartened and don’t believe that someone can do something to improve their situation.”

In fact, the campaign is marked by verbal duels between the representatives of parties in different regions. Instead of concentrating on the solutions to serious European problems or the means of overcoming the crisis, the polemics quite often boil down to criticizing the other party’s policy. It may be the case that some people abstain from voting as a form of protest against the activities of these politicians, who fail when it comes to such issues as the effective use of Union donations for the modernization of Poland.

However, many experts claim that the basic reason for the low turnout is the lack of knowledge about the European Parliament and the way it functions. While a deputy or senator acting in their constituency is more available for ordinary people, Euro deputies are perceived as more “elusive” and many people do not know their competence or their range of activities. Therefore, they are unaware of the significance of this political institution.

But the reality is different, since the number of electors in member countries will influence the profile of the Parliament. It is also worth noting that each country’s legislation is to a large extent based on the legislative actions of the community, a factor that also has some influence on the everyday life of its citizens.

Low election turnout can help radical groups like the League of Polish Families get disproportionately high results in the elections. Therefore, in the UK, Austria and Poland, Christian churches have become involved in the political debate, by speaking out against far-right parties running for the European Parliament. Polish archbishop Jozef Zycinski warned against indifference, emphasizing:“The shape of Europe to a large extent depends on our commitment, our voice, our presence.”

To inform the public, the Polish Information Office has been running an information campaign providing people with data concerning the elections and helping them to specify their choice of candidate. Since the strategy has been successful in other countries it is hoped that in Poland it will have a similar result.