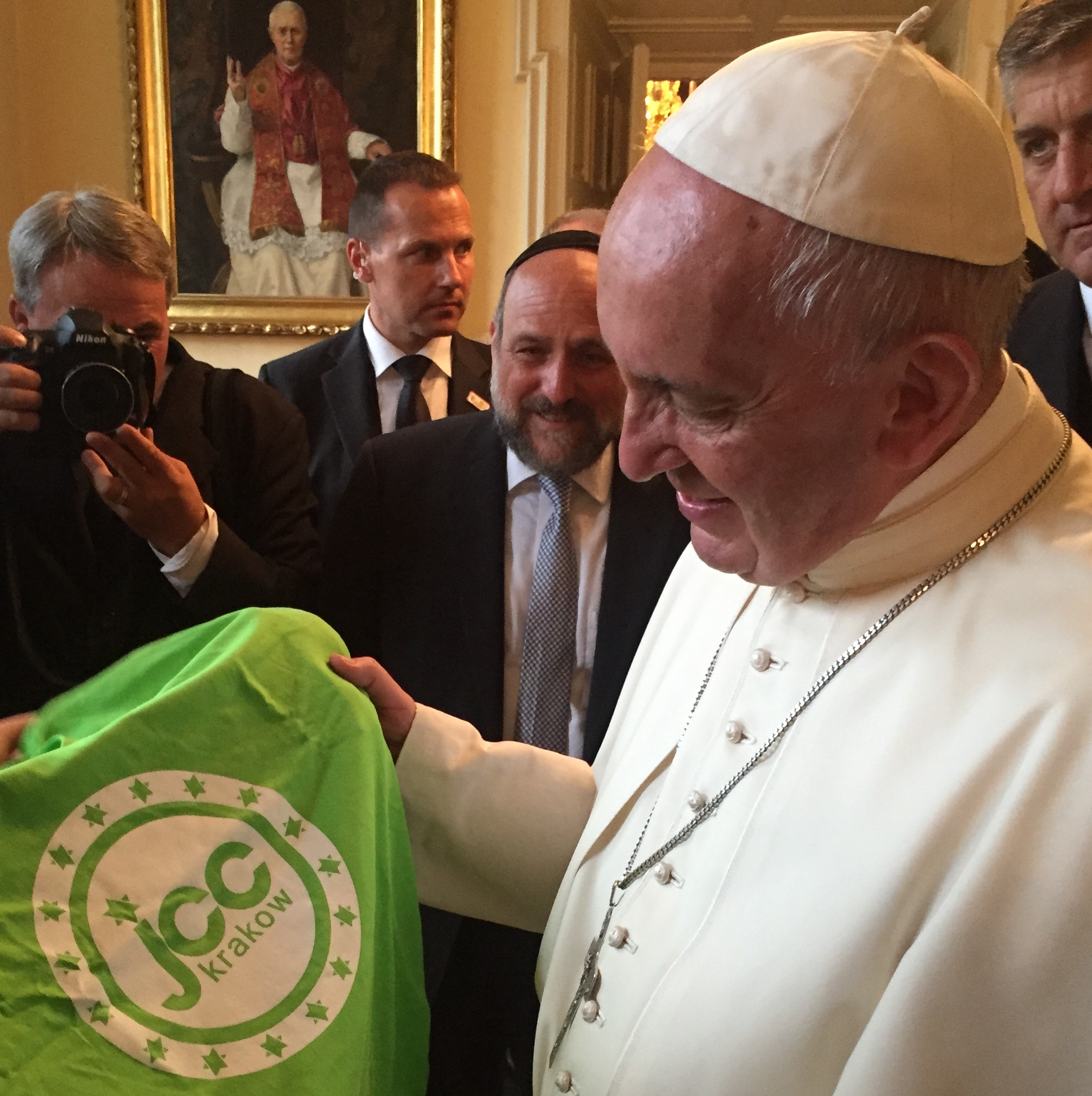 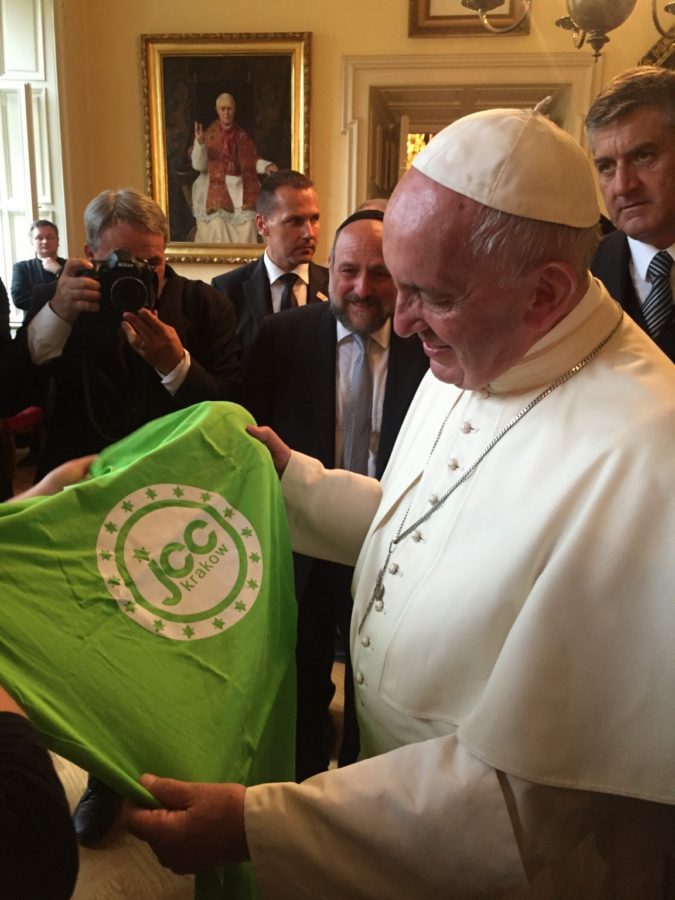 JCC Krakow welcomed over 1,000 visitors from 37 different countries during World Youth Day, a worldwide event for young people held by the Catholic Church, which drew over two million pilgrims to Krakow. With a nod to the event, the JCC hosted the photography exhibition “John Paul II Visiting Poland” by Chuck Fishman. The archival photographs were taken during John Paul II’s pilgrimages to Poland in 1979 and 1983. The images capture the Pope’s visits to Warsaw, Krakow, Nowa Huta, Częstochowa, Katowice, Gniezno, and on the grounds of Auschwitz-Birkenau camp. 60 participants attended the opening including the Chief Rabbi of Poland Michael Schudrich, Representative of the Chief Rabbi in Krakow Rabbi Avi Baumol, Chief Rabbi of Galicja Edgar Gluck, longtime friend of Pope Francis Rabbi Abraham Skorka, and the photographer, Chuck Fishman.

Pope John Paul II was the first pope to visit Auschwitz, in 1979, and the first to visit a synagogue, in 1986. It was at this visit to the Great Synagogue of Rome that he stated, “The Jewish religion is not ‘extrinsic’ to us, but in a certain way ‘intrinsic’ to our own religion. With Judaism, therefore, we have a relationship which we do not have with any other religion. You are our dearly beloved brothers, and in a certain way, it could be said that you are our elder brothers.” He frequently met with Jewish leaders and spoke against antisemitism throughout his papacy.

Freelance photographer Chuck Fishman has explored social and political issues through imagery since the 1970s. His work has been extensively exhibited worldwide and published in international magazines including Time, Paris Match, Stern, and Life. His photographs are included in the collections of the Smithsonian National Portrait Gallery, Center for Creative Photography, POLIN (The Museum of the History of Polish Jews), the United Nations, as well as private and corporate collections.

In addition to the photo exhibition, JCC Krakow members and staff were part of a delegation of Polish Jews who met with Pope Francis in Krakow at a reception in the residence of the Archbishop of Krakow. During their meeting with the pope, they discussed the rebirth of Jewish life in Krakow and presented him with a JCC membership card and t-shirt. The event was covered by press around the world, with JCC Executive Director Jonathan Ornstein quoted as saying, “I thanked the Pope for all he has done for the disadvantaged and the oppressed. As Jews we are always cognizant of our history and the need to stand up for others. I also told him of the warm relations between the Catholic Church and Jewish community in Krakow and how that is an important part of Krakow’s Jewish revival. I finally offered him a JCC membership card.” The pope also visited Auschwitz-Birkenau, where he held a silent prayer and met with Holocaust survivors.

The JCC aims to engage Cracovians through intercultural educational programming and events in order to build a foundation for longstanding cooperation between interfaith communities. The JCC works closely with “Przymierze” (meaning “Covenant”), the Krakow Association of Christians and Jews, of which Jonathan Ornstein is a founding member and vice president. This interfaith organization of Christians and Jews cooperates with leaders of Krakow institutions and communities with the aim of Christian, Jewish and Polish reconciliation. The JCC will continue to welcome the opportunity for open discourse on shared values of religion and community with our brothers and sisters in faith.

A version of this article originally appeared in the 120th print edition of The Krakow Post.