Amid September sunshine, street vendors, and a public awareness campaign for heart disease, over 1,000 Cracovians gathered on the Main Square dressed in black. They were there to protest a law advanced by the ruling PiS party which would ban all abortions.

One of ten such gatherings around the country (and more in major cities worldwide), the demonstration, #CzarnyProtest (Black Protest), was organized by Dziewuchy dziewuchom (Wenches to wenches) and drew support from a variety of anti-PiS political groups like The Committee for Defense of Democracy (Komitet Obrony Demokracji, KOD) and fledgling political party Razem (Together). The feminist organization has put together similar protests since the bill was brought to the table earlier this year by a citizens’ initiative backed by the Catholic Church.

The existing law, according to a poll this week by Newsweek Polska, is supported by 74% of Poles and only permits around 2,000 legal abortions per year – in the case of a life-threatening pregnancy, a pregnancy as the result of proven rape or incest, or a seriously malformed fetus.

This PiS-backed measure, however, does away with these exceptions and threatens jail time for women who break it. Furthermore, it would make it illegal to freeze embryos or to fertilize more than one egg at a time, measures aimed at curbing in vitro fertilization – a controversial practice in the largely Catholic country.

This past week, attempts to defeat it in the Polish legislature in Warsaw were quashed, and it has been sent to committee – the final stage before adoption.

The Krakow Post spoke with a few of the attendees to get their perspective:

“This new law isn’t democratic, and it doesn’t treat women right,” the 79-year-old says. She believes the law should remain as it is and says this isn’t her first protest in support of that. 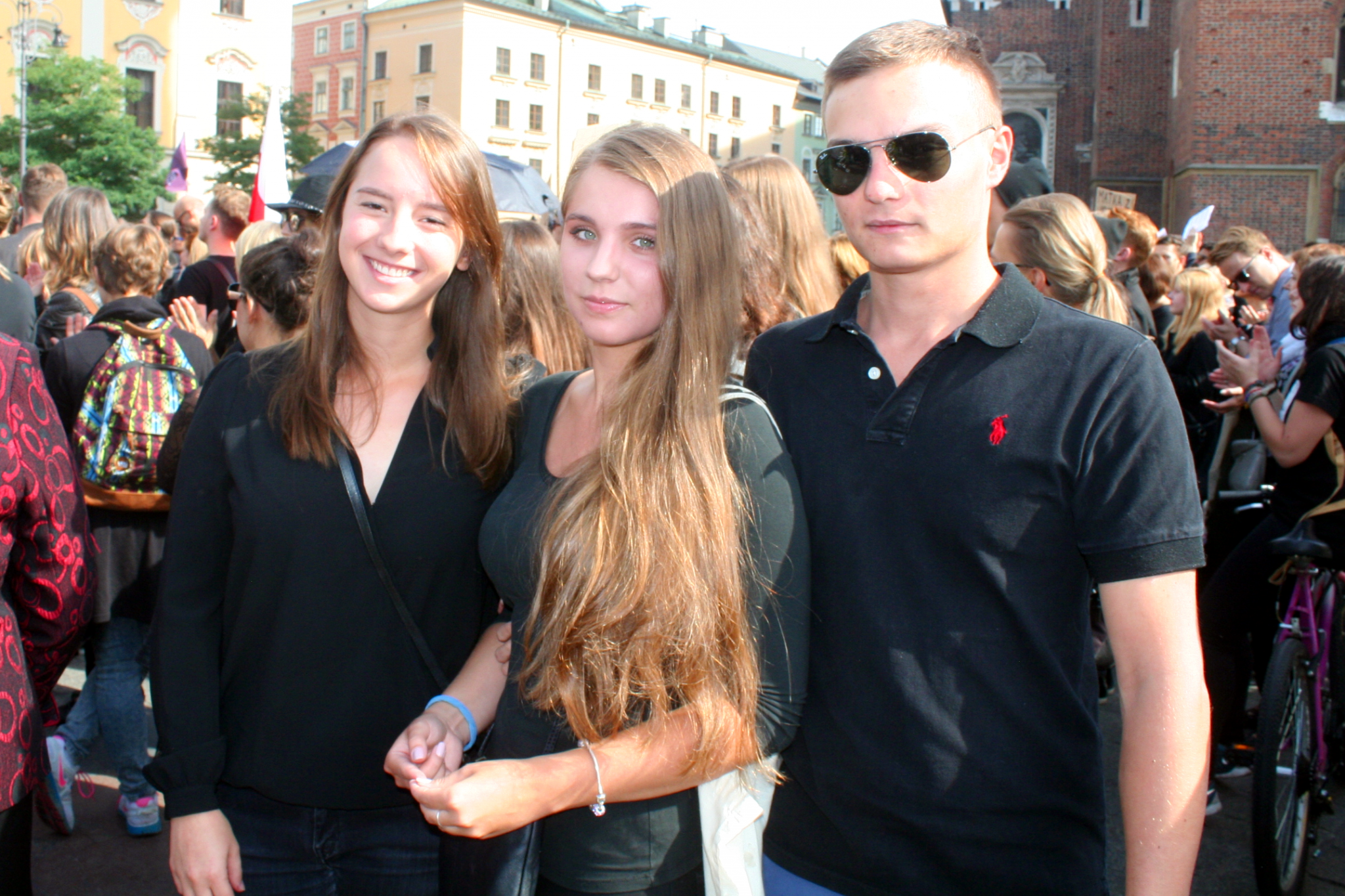 Zusia, 20: “The things that are happening in Poland right now are sick… I’m here because I don’t accept it.” She says the new law could make the difference between her staying in Poland or moving to Western Europe after studies.

Karol, 20: “I think women should have a choice, especially in the case of pregnancy because of rape.” He supports the current law and PO, PiS’ chief rival party in the Polish government. 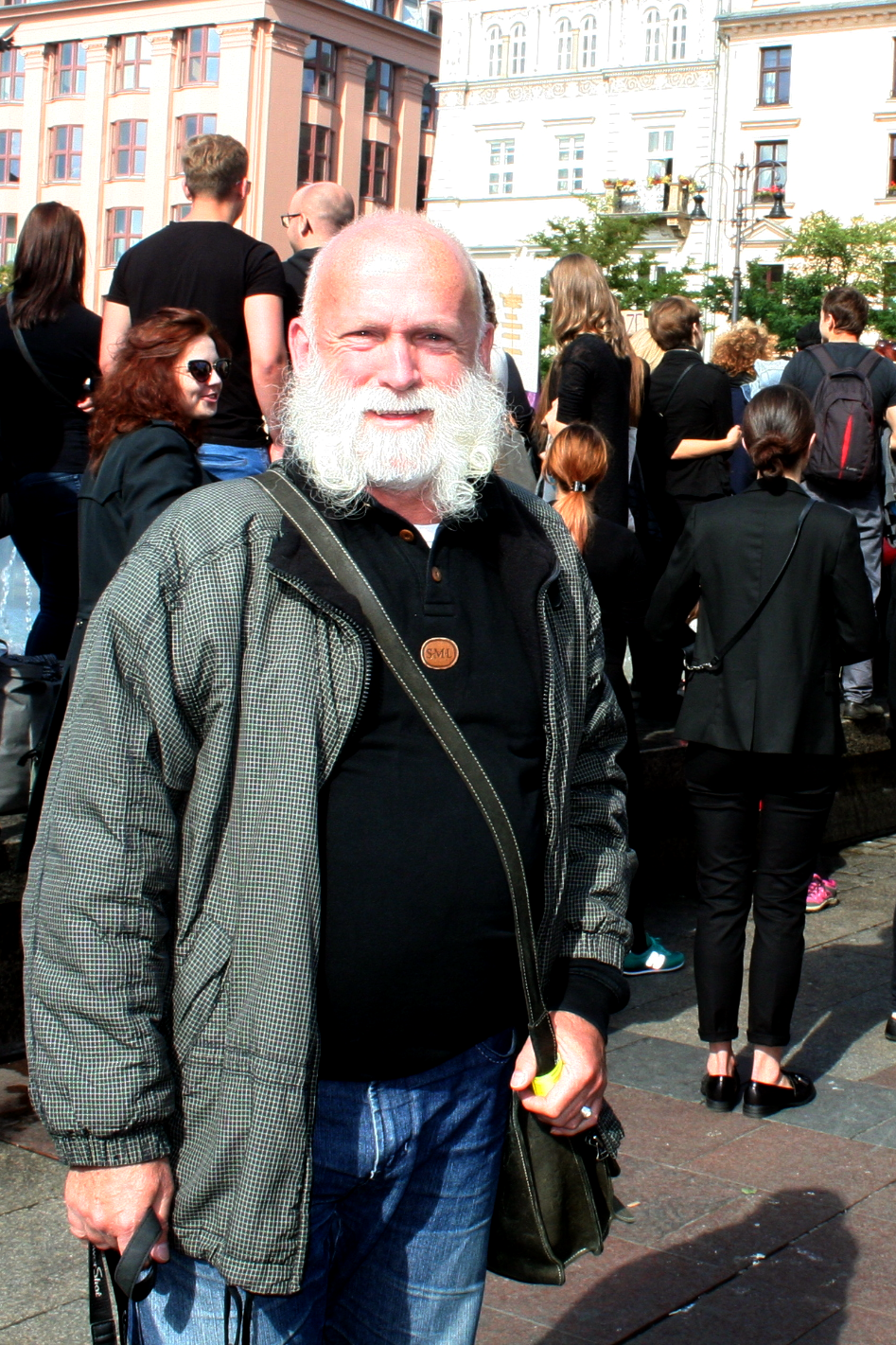 The 68-year-old said that he has become more active in politics since his grown children moved abroad and he started his pension, participating in groups that support not only women’s rights but also those for refugees and sexual minorities – “people who have no protection from the authorities.” He feels frustrated that women in particular are targeted for prosecution by (mostly male) anti-abortion lawmakers, as if the pregnant women “were all a bunch of Virgin Marys,” and accused PiS of manipulating the public’s emotions for political gain. Although he identifies as Catholic, he acknowledges that some in the Church might not say so because of his liberal views. Jacek expressed a wish that the members of the young national ultra-right – “these young men with shaved head and Polish eagles on their jackets” – would better learn their history and that doing so would open their minds. About this, however, he confesses, “I am not an optimist.”

Aleksandra Smoleń contributed to the research and editing of this article.

31 thoughts on ““Black Protest” against abortion ban in Poland”