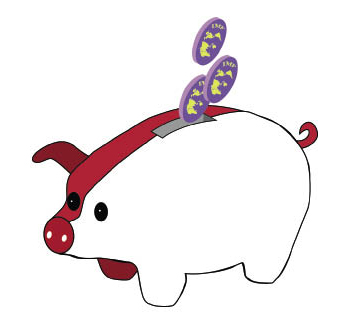 The International Monetary Fund has granted Poland a $20 billion “precautionary” credit with a view to boosting confidence in the country’s economic policy. Poland is second after Mexico to receive the “no strings attached” credit approval, with Colombia following the two countries.

The new facility of the IMF, the flexible credit line, represents a new stage in the institution’s development. After infamy earned by dilatory and inefficient reactions to the appeals of the countries in need, including the Asian tigers and Argentina, the Fund is changing its role and image. No longer is it the last resort lender for countries on the verge of insolvency, but it has also assumed the role of global banker and insurance company for governments. In its new phase of active proceedings, the IMF has prepared a new weapon against the economic slowdown. The Flexible Credit Line is to guarantee, not necessarily lend, credit in times of need that are difficult to predict in crunch times, so that the beneficiary can hold the credit in reserve and use it only if required. Once the credit line is approved there are only policy goals, such as maintaining adequate deficit levels, to meet.

The approval of the credit is based on various economic indicators and as such shows the strength of the economic fundamentals of the applying country. According to the IMF, states will be granted the “precautionary” credit line if they meet most or all of the criteria: a sustainable external position; a good track record of sovereign borrowing; reasonable public finances; low inflation; reasonable monetary and foreign-exchange policies; and a healthy banking system. With the applying states’ economies examined, the approval of the credit line marks a stamp of security for external investors that the given country is capable to weather the downturn.

In the case of Poland, the government is aiming at increasing the central bank reserves and sheltering the country from the global crisis. The FCL will serve to protect the złoty against uncontrolled depreciation and speculative attacks. The head of the IMF, John Lipsky, praised Polish authorities for their timely and effective response to the crisis by cutting interest rates, providing cash to the financial sector and committing to keeping government debt in check. Poland, considered to be the strongest in the region, was expected to be able to weather the crisis without external help, and resorting to the IMF facility came as a surprise. However, the size of the credit proves that the Polish economy is faring as expected. At $20.5 billion, the credit line is 3.8 percent of the country’s 2008 GDP. What is more, Polish authorities assure that it is not certain that Poland will in fact draw the facility. According to Polish Finance Minister Jacek Rostowski, the IMF credit will “boost the Polish central bank’s reserves by about a third and help cut Poland’s debt-servicing costs and facilitate access to international financing.”

The approval of the credit line is to help differentiate Poland from other countries of the region that are severely hit by investors fleeing riskier emerging markets. In contrast, Poland is regarded as a source of relative stability. Regardless of currency and industrial production drops, contracted exports and slowdown in credit growth, Poland is expected to note positive economic growth in 2009. According to Poland’s central bank the growth will amount to 1.1 percent. As Lipsky stated, despite global problems Poland has retained access to international capital markets and responded “in a timely and effective manner” to the global situation.

The economy is doing relatively well; industrial output is noting double-digit declines year to year, but on a monthly comparison output has stabilized in recent months, unlike in Slovakia or Hungary.

The approval of the $20 billion credit distinguishes Poland amongst other countries of the region and has initially managed to support its currency. The złoty had increased to PLN4.3:€1 when the news was announced. In the long run only time will tell if the facility will help stabilize the currency enough not to further postpone entering the ERM2 mechanism and adopting the euro.