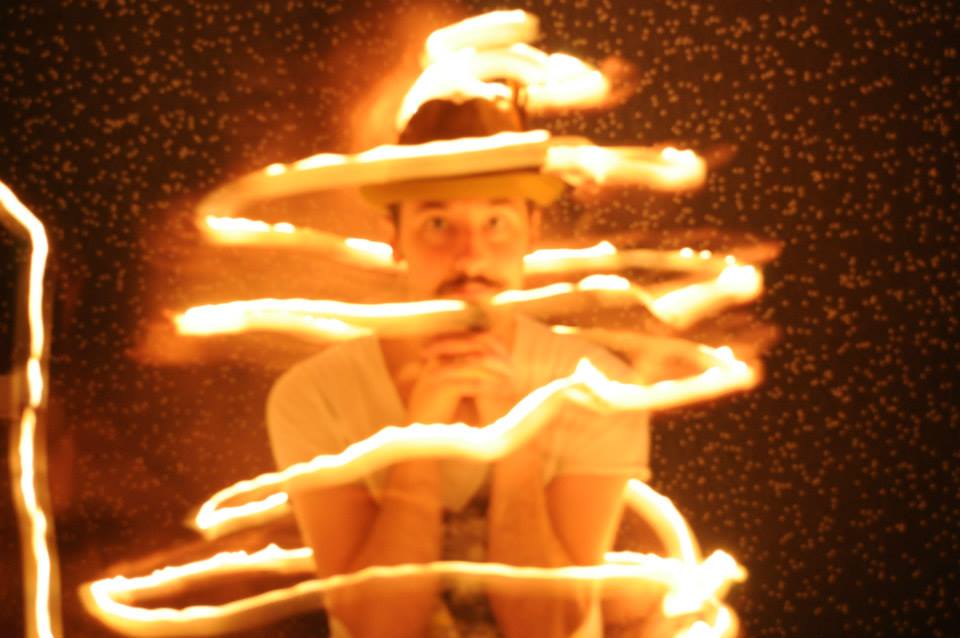 If you’re an expat living in Krakow, there’s a good chance that you like to travel. Of course, there’s also a really good chance that you don’t get to traipse around Europe as much as you’d like. Well, this weekend you can visit Britain and France, at least musically, without leaving town, and it’ll cost you less than the price of a couple of beers.

KARL CULLEY is an expat Cracovian singer/songwriter from the north of England, and his acoustic fingerstyle technique, as well as his emotionally complex songs, have been praised in such major publications as Mojo and Folk Roots. His fourth album, Stripling, was released last April, and as the title punningly suggests, stripped his music down to the bare minimum of guitar and voice, to great acclaim from critics and fans alike. He captures the spirit of legendary British folkies of the 1960s and 70s with a smart combination of John Martyn’s penchant for lyrics and melody with Bert Jansch’s instrumental prowess. And he does so whilst somehow managing to stay completely original and contemporary – a rare feat indeed.

Or how about a trip to Paris, to be serenaded by the singers of that unique genre known as chanson française? DAZZI is a songsmith from Avignon whose own songs capture the unique magic contained in the work of masters like Serge Gainsborough and Jacques Brel, and you don’t have to speak the language to be transported to a sidewalk cafe on the Champ-Élysées.

A great night of European music that would be a bargain at twice the price.

Veterans of the OFF Festival, RYCERZIKI expertly execute a wonderful mixture of trip hop, dream pop and soul that, in our lazy modern vernacular, could only fall under the catch-all umbrella genre known as “alternative.” With the gorgeous voice of Gosia Zielińska, RYCERZIKI are perhaps most reminiscent of Everything But The Girl, only with lyrics in both Polish and English. This is the latest show in the weekly FestGranie free concert series is the perfect antidote for anyone who feeling bereft over missing Massive Attack last weekend.

Just to be clear, BEETHOVEN EXTREME is NOT a thrash metal tribute to classical music’s most ubiquitous composer. It is, however, nearly as unusual as that would be.

Between 1800 and 1824, Ludwig Van B. composed his nine major symphonies, and this Saturday, all will be performed sequentially in their entirety at a show with the unusual starting time of 11:00 (as in a.m.).

This is seriously a major event. Five different world class conductors – each headliners in their own right – will be handling one or more of the pieces, including such luminaries as Britain’s Paul Goodwin and Finland’s Eivind Goldberg Jensen, climaxing with local legend Jan Tomasz Adamus leading the orchestra in, of course, the iconic piece that every layman recognizes as ‘Beethoven’s Ninth’.

End to end, without intermission (of which I’m sure there will be at least a few), the nine symphonies have a running time of about six hours, making this absolute heaven for any classical music afficiando.

Maybe pack a lunch though – the ICE center is a little lacking in the food and concessions department.

So if you’re disappointed that the above EXTREME BEETHOVEN show isn’t, in fact, metallic power versions of LVB’s ouevre, here’s the chance you’ve been waiting for to get your fill of bonecrushing speed metal with three young Polish bands. HIGHLOW are heavily influenced by the hard and heavy music of the 1980s – particularly the ‘New Wave Of British Heavy Metal’ and early thrash and speed metal. STRZYGA flavor their thrash with a lyrical focus on paganism, while THATCH have a pirate fixation. And it’s all very fast and very loud, but in a retro kind of way.

Finally, if you’d rather go on a road trip this weekend, the ninth annual INOROCK FESTIVAL in Inowrocław (in north central Poland, not to be confused with the city of Wrocław in the south east) is happening Saturday at 16:30. This year’s headliner is Germany’s LACRIMOSA, whose sound has evolved in the past two decades from gothic rock to power and symphonic metal.

Most notable this year, though, may be the appearance of Swedish progressive rock legends ANEKDOTEN, who returned in 2015 after a long hiatus with the best album of their career (Until The Ghosts Are Gone).

Nearly as exciting, Krakow’s own progressive ambient electronic space rockers HIPGNOSIS are making a rare appearance (how about a gig here, eh?).

The space rock content at the event – not to mention the Swede headcount – is quite high this year with fellow countrymen DUNGEN and AGUSA appearing.

This is one of the world’s great progressive rock festivals, taking place in a beautiful park. The town itself is a bit, well… sleepy, but be sure to go early and check out the brine salt graduation towers – a really cool big sort of wooden viaduct fort-like structure with heavily concentrated salt water running over its walls – near the venue. It’s supposed to have healing properties – at the very least, your lungs will love the air there.