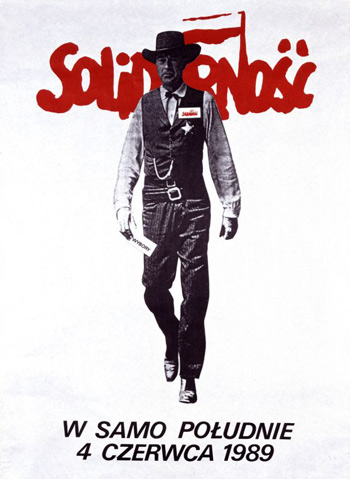 Krakow has been passed by with Euro 2012, but it has been awarded, albeit as a second choice, the responsibility for leading the national celebrations to mark the fall of communism in Poland. The festivities were to be held in Gdańsk, the birthplace of the Solidarity trade union and where Lech Wałęsa himself emerged as a political force and cultural icon, but the threat of strikes and protests by the Solidarity trade union over the increasingly bleak future of the shipyards meant that the Polish Prime Minister, Donald Tusk, decided that a safer and less controversial location was necessary.

The date of 4 June 1989 is of special significance in Polish history as it was the day of Poland’s first semi-free elections, in which the Solidarity trade union won by a landslide all the available seats (the rest were automatically filled by communist party officials). This was a remarkable achievement as it was the result of a negotiated, not bloody, revolution, and opened the floodgates for further reform.

Between its creation in 1980 and recognition as a legitimate political movement on 4 June 1989, the Solidarity trade union operated as an underground operation. As its support and influence grew, the communist authorities made their best efforts to crush it, but by the late 1980s it was apparent that some degree of reform could not be delayed any further. The Russian policies of glasnost and perestroika gave tacit permission for the other Communist Bloc countries to start considering reform, so even though no one was certain how Russia would react, the Polish communist leader, Wojciech Jaruzelski, began negotiations with Solidarity. This extraordinary series of meetings, known as the Round Table Talks, was held in the first half of 1989 for the purpose of negotiating a course of action for the country. The communist authorities hoped to get away with superficial reforms and avoid handing over any real power, but Solidarity’s support and the real threat of civil unrest forced them to agree to a number of crucial reforms, including the legalisation of trade unions and the creation of the office of President and a Senate. The talks led to the June elections where Solidarity won by a landslide: 99% of the seats in the Senate, and all of the available seats in the lower house (Sejm). This was the start of the road to fully free and democratic elections and the final abolition of communism in Poland.

Now, with Poland having just passed its 5th anniversary of EU accession, a development that wasn’t even on the radar in 1989, there is a lot to celebrate. Yet the very consequences of EU membership are casting a shadow over the whole celebration. The disruptions threatened by Gdańsk shipyard trade unions are a protest against the EU’s intervention in the privatisation and restructuring of the ailing shipyards. The shipyards’ future has been uncertain for some time (as reported in the Krakow Post in June and July 2008) as Poland was judged to have fallen foul of EU rules that prohibit state funding of national industries. The EU ordered Poland to come up with a viable restructuring plan or repay the billions of złoty it had given the shipyards in subsidies. A number of plans were made and submitted but none satisfied the EU. In late 2008 the EU demanded that Poland sell the Gdynia and Szczeciń shipyards in order to pay off creditors and repay the illegal subsidies, while the future of the Gdańsk shipyard is being handled directly by Brussels and its fate is still unknown.

While Krakow is glad to be able to boost its profile (especially after the city authorities’ dismal failure in lobbying for Euro 2012) and Wawel will certainly provide an attractive backdrop for the gathering of international state dignitaries on 4 June, no one disputes that it should be happening in Gdańsk; Krakow is a symbol of Polish history and culture, while Gdańsk is known as the cradle of the Solidarity movement.

The decision to move the celebrations to Krakow caused the trade unions to reconsider their promise to stage demonstrations, and a few days later they announced that a mass celebration in front of the shipyard workers’ monument would be held. This was not enough to shift the official party back to Gdańsk, but the Polish President, Lech Kaczyński, promptly announced that he would go to Gdańsk, saying that he is not afraid of a confrontation. Lech Wałęsa, without whom any such commemoration would not be complete, will also return to Gdańsk from Krakow in the afternoon of 4 June to participate in a conference on the role of Solidarity in the collapse of communism.