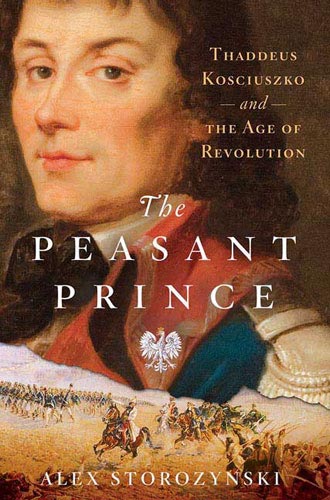 A Pulitzer prize-winning journalist has published a landmark biography of freedom-fighter Tadeusz Kościuszko (1746-1817). Alex Storozynski spent years researching the book, which is the first significant study of the national hero for many years.

The project was a labour of love for the author, as besides covering current affairs for U.S dailies, the writer is president of the Kościuszko Foundation. As a Polish-American, Storozynski was ideally placed to investigate Kościuszko’s roles in the wars of both American and Polish Independence. Thomas Jefferson called Kościuszko “the purest son of liberty I have ever known,” yet amazingly, there have been scant few English biographies until now. The Peasant Prince: Thaddeus Kościuszko and the Age of Revolution, is published by Thomas Dunne Books.