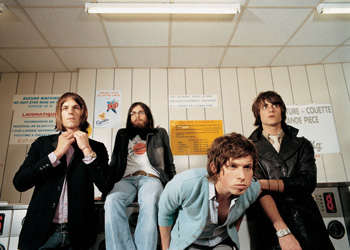 This week, British weekly The Sunday Times set themselves to the often difficult task of selecting the best summer music festivals amongst the plethora of choices all around the European continent. Out of the “20 best music festivals in Europe,” Gdynia’s Open’er Festival once again made the list, with the added honour of being chosen as the Times’ “Our Pick” for 2009.

While this is not the first time the Heineken Open’er Festival has been recognized by the British press since its launch in 2002, it’s most certainly the most prestigious position it has attained so far. And with this year’s line-up – featuring Arctic Monkeys, The Gossip, Kings of Leon, Faith No More, Moby, and Placebo amongst the biggest names – The Sunday Times are not the only British media to recognize the festival’s potential. This year, NME named Open’er amongst its 12 most interesting musical events in its European Festival Guide.