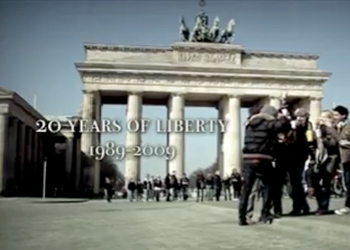 A new promotional video on the European Union’s YouTube channel has Poles crying foul over what many consider an omission of vital historic events.

The video, called “1989-2009: 20 years of Liberty,” tells the story of a boy born on November 9th, 1989, the day the Berlin Wall fell, and juxtaposes the milestones of his life along with the milestones of Europe since that time.

Though it shows historic moments such as the failed 1956 rebellion in Hungary, the Warsaw Pact invasion of Czechoslovakia in 1968, and the declaration of Martial Law in Poland in 1981, critics say it fails to show a true picture of how the communist regimes behind the curtain actually fell, instead focusing on the recognisable footage of the Berlin Wall being picked apart or riots on the streets of Bucharest.

Poland’s EU ambassador Jan Tombinski wrote a letter to the European Commission calling the video’s documentation of history “simplistic.” In his view, the video neglects the most important steps on the path to the fall of the Iron Curtain: namely the role of the late Pope John Paul II and the round table talks between Solidarity and the government. He also accused the video of taking on an “East German perspective.” While no concrete plans have been made to alter the video, Commission officials said they would ask that footage from the Solidarity movement’s rise be added.