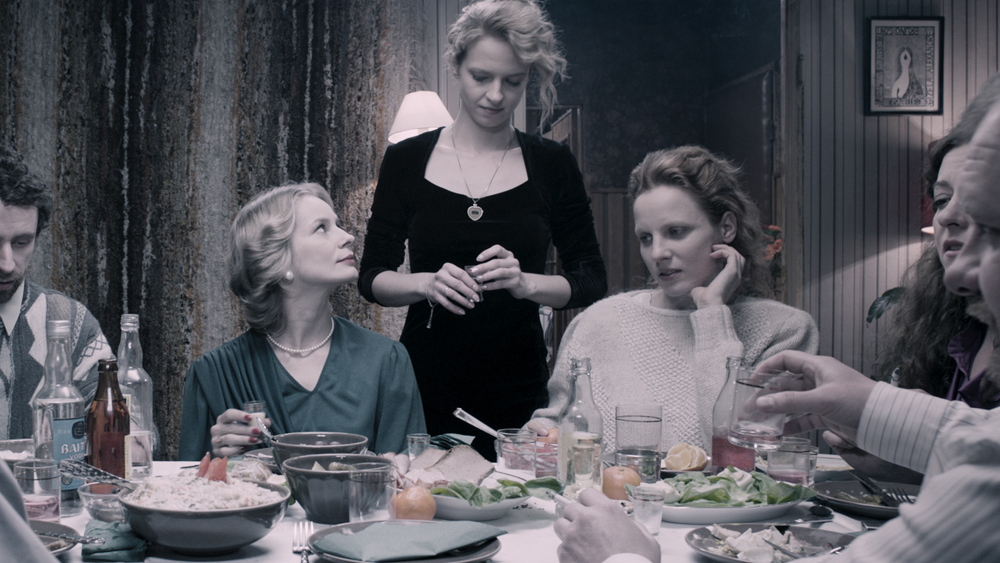 The release of Tomasz Wasilewski’s third feature could set a new cinematic trend in his home country. Until present, the subject of the transition years to capitalism has certainly been underutilized by Polish screenwriters. Most cinematic efforts in Poland are set before or after the fall of Berlin Wall. Interestingly enough, United States of Love was written and directed by a Xavier Dolan-looking young filmmaker who was only nine years old when communism collapsed.

Wasilewski dipslays intellectual integrity by opting for a limited palette of colours, sometimes in the frame itself, as based on his blurred memories of childhood. This explains the overwhelming use of grey in the superb cinematography by Romanian new wave hero Oleg Mutu.

Of course, grey is also used to drench the stories of the four leading female roles in the monotony and dreariness of their daily life without Antonioni-esque cliches. Magdalena Cielecka’s performance in the role of Iza, a praying mantis willing to do everything to capture her long-time lover, is as powerful as “Red Wanda” Agata Kulesza’s delivery in Academy Award-winning Ida (2013). The Catholic Church and its rituals, which suddenly broke cover in Poland after the collapse of socialism, loom over the emotional life of Agata (Julia Kijowska) and of the other characters, as oppressive as the shabby tapestry decorating their flats.

Wasilewski has proven to be a skillful drama hopper capable of moving at ease from one character to the other before leaving them all on the verge of unraveling, emotionally united by the uncertain in-betweenness of a new era. This Silver Bear almost shines like white gold.