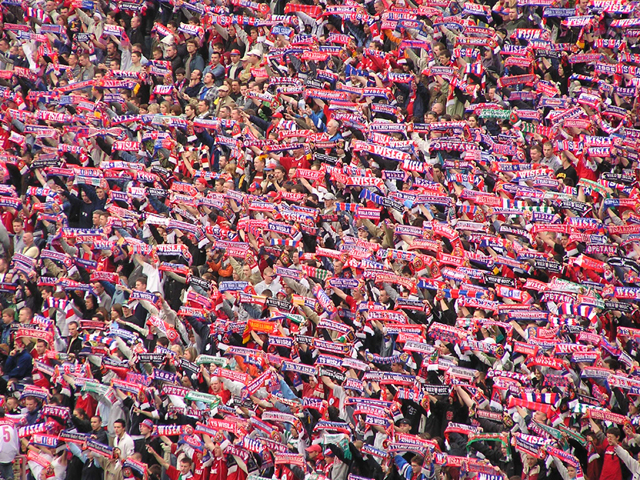 Euro 2016: Poland back on the football map

Everyone agrees: Poland played a brilliant Euro! After a strong qualification campaign and a convincing series of friendly games (4 wins in 6 games, and 14 goals scored in 6 games), they traveled to France for the Big European Tournament.

Krakow City was well represented in the Polish squad, starting with the Head Coach Adam Nawałka, born in Krakow just like Krzysztof Mączyński (current Wisła Kraków player), and Michał Pazdan nicknamed by some fans “the Polish Minister of Defence” in reference to his strong performances in the Euro. Lastly, 19 years old and star to be Bartosz Kapustka, born close to Krakow and playing for Cracovia (though he has since transferred to Leicester City in England).

First win ever in a European Championship

Poland entered the competition in style, beating not only Northern Ireland (1-0) but also their record, as Poland had never won a single Euro Championship before. They couldn’t have wished for a better start!

For their second group game, they faced Germany in the clash of the group. The neighbours had already met in the qualifiers, which saw Poland booking an historical win (2-0 in Warsaw, in October 2014) before losing the return leg in Germany (3-1 in September 2015). “Polska” managed to book a convincing draw against the Mannschaft (0-0), enough to secure their qualification for the second round!

There was another neighbour on Poland’s way, for their last group game: Ukraine. The “Yellow-Blue” lost their 2 previous games and were already mathematically dismissed from the Euro. However, they did take the game seriously and proved that they would not make any favor to their Polish neighbours. But Poland once again found the keys to unlock a closed game, and end the group phase in style with another 1-0 win.

They deservedly reached the second round – also for the first time ever! – meeting Switzerland. A though opponent but Poland gained confidence through the group stage games and could allow themselves to believe in a qualification. Having nothing to lose, the Polish “Biało Czerwony” (White & Red) had to battle hard for their qualification. They scored first but conceded a goal, which led both teams to play their qualification in a penalties shoot out. A poker game in which Poland was the best player, without bluffing.

Poland among the best eight teams in Europe

The “Biało Czerwony” (the White & Red) continued their historical journey and pushed their record one step further by entering the exclusive club of the Quarter Finalists, and joining the cream of European Football. Their opponent at that stage: Portugal. Unfortunately for them, they had to wake up from their dream. The Polish side got really close to win the game, but ended the regular 90min and the extra times with a draw (1-1), which led them to another penalties shoot out. Sadly this time, luck wasn’t on their side and Poland’s Euro had to stop suddenly.

Such a huge disappointment, looking at the way the game developed. Poland had the capacity to win and continue the adventure, but penalties are a like lottery.

The Biało Czerwony left the Euro with pride, beating country records and exiting the tournament unbeaten! Their campaign will and should be used as a reference, to continue developing the team for the World Cup 2018 Qualifiers.

Their strong performance made their people proud and Poland could rely on a wide and fantastic fans support in France at each of their games in Nice, Marseille, Saint-Etienne and Paris.

Poland is back on the football map!

Krakow on the football map for another season

Football is back! But it never really left, did it? 2016 has been an intense year of football, a real enjoyment or a nightmare for the less passionate.

On top of the regular leagues season and the yearly European Cups, we had the Euro Championship in France and the Copa America (Euro equivalent in South America), adding soon the summer Olympics (featuring a football tournament), while the new season leagues are slowly starting across Europe. It just feels like football never stopped this year!

After the International features the Polish league is back on track, and the focus is now on the home leagues and on the early European Cups rounds. And yet this season again, Krakow will be the only city with 2 teams involved in the Ekstraklasa.

Like every season, players come and go, coaches swap hats, teams share new ambitions, new teams join the elite while others drop to the lower level.

Cracovia will play to reproduce last season performances, confirm their status and pursue the quality work that has been achieved, while coach Dariusz Wdowczyk explained that Wisła’s ambition are rather realistic: “We first need to focus on staying in the first half of the league table. From there, we can fight to qualify for Europe next season and to some extent, fight for to win the title. But each step at a time.”

As for the new teams, relegated sides Górnik Zabrze and Podbeskidzie left Ekstraklasa, while Arka Gdynia and Wisla Plock are the freshly promoted teams for the new season. The city of Plock is located besides Warsaw however, Krakow-based teams will have another long trip to the Polish sea side to face Arka Gdynia, which is right besides Gdansk.

Things cannot go worse: Wisła can only do better

While the rival Cracovia had a dream season, Wisła Kraków had a dreadful one getting really close to relegation, before – at last – a strong season finish. This year cannot be worse for a team that should traditionally fight in the Top-5 instead of the bottom-5. Despite their financial troubles these last few years, the fans won’t allow another humiliating season for one of the most titled team in the Polish football elite (14x Champions).

Confidence is on Cracovia side! The ‘Pasy’ (= Stripes, club’s nickname) finished last season at an unexpected 4th spot and qualified for the Europa League Qualifiers. They developed a superb offensive football throughout the season, but their small budget and thus restricted squad didn’t allow them to maintain their strong performance the whole season. They lost their best player Deniss Rakels (sold to Reading FC, English division 2) in January and struggled a bit in the second part of the season, but still managed to secure their 4th place. But the most difficult will be to confirm, and show everyone that their great season was not a lucky shot.

Cracovia’s 4th spot last year gave them a deserved access to the Europa League qualifiers for this season. A rewarding privilege and an exciting news for the city, to welcome European football back to Krakow!

For their only 3rd European participation in 110 years existence, Cracovia drew the modest KF Shkendija from Tetovo, a city in the northwestern part of Macedonia, with a boiling trip to the Balkans on June the 30th, before hosting the return leg a week later. But things couldn’t be worst for the Pasy, defeated 2-0 in Macedonia, and beaten in the return game 1-2 in Krakow. Short European adventure for Jacek Zielinski’s men: “It’s a painful lesson” said Cracovia coach. “We apologize to all the fans and I’m not blaming the players, they gave everything they could. Time to heal, get over it now and focus on the league.”