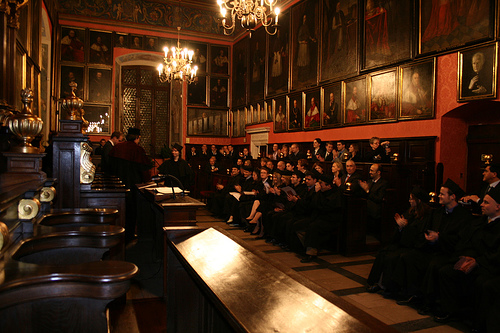 Cracovians have long been proud of their academic institutions, and while the Jagiellonian University (UJ) is highly regarded throughout Europe, in Poland it is often overshadowed by the larger University of Warsaw (UW).

But in an annual ranking by Rzeczpospolita and the Perspektywy monthly, UJ beat out the University of Warsaw by 1/10th of a point. In third place came Poznan‘s Adam Mickiewicz University, followed by the Warsaw University of Technology. However, the gap between the top two schools and the third is vast.

In the ten years of the ranking, the two academic institutions have vied very closely for first place, with an even five wins for each. The schools are judged based on four categories: the prestige of the university, including the standing of its graduates and staff in the academic community; the strength of its academics, including the number of professors and amount and diversity of subjects offered; its international involvement, based on exchange programmes and numbers of foreign students; and finally, the academic conditions at the university. This year, for the first time, the opinions of employers were taken into account, based on employers’ perceived desire or reluctance to hire graduates of the graded institutions.

While the main rankings only judged state institutions, amongst private schools the top-ranked was the Leon Kożmiński Academy in Warsaw. In other categories, Warsaw-based schools fared better: for economics, the Warsaw School of Economics ranked first, as did the Warsaw University of Technology for technical schools.