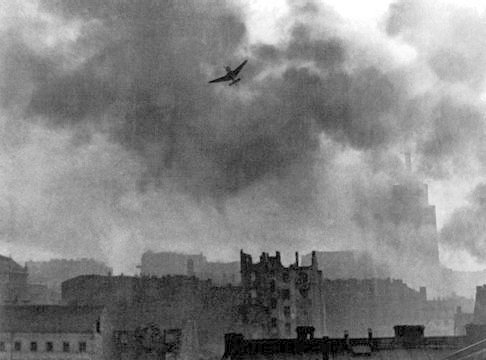 72ND ANNIVERSARY OF THE WARSAW UPRISING

At 5 pm on the 1st of August 1944 the Warsaw Uprising began against the occupying forces of Nazi Germany. Unfortunately, it was unsuccessful, resulting in the city’s major destruction and many deaths – it is estimated that about 200,000 Polish civilians and 16,000 members of the Polish resistance were killed (mostly from mass executions). The official ceremony commemorating the anniversary in Krakow included, among others, a mass at St. Mary’s Bacilica (Kościół Mariacki) and celebrations by the Tomb of the Unknown Soldier. There was, however, a nationalistic demonstration held by the Adam Mickiewicz monument. Several dozen members of Małopolscy Patrioci (Patriots of Małopolska) fired flares on the Main Square.

180 pilgrims from Iraq who arrived to Krakow to celebrate World Youth Day found themselves stuck at the airport in Balice, despite having all the required documents. The Governor of Malopolska, Józef Pilch, took care of the situation, providing the visitors accommodation at the John Paul II Centre and a meal to make up for the inconvenience. The governor stated that the airplane (belonging to a Ukrainian airline) that was supposed to take the pilgrims home didn’t arrive “for unknown reasons”.

The city is almost back to its usual self after World Youth Day, with the majority of pilgrims having left. It also means the public transportation will again follow the regular summer timetables and the traffic to Salwator will be restored.