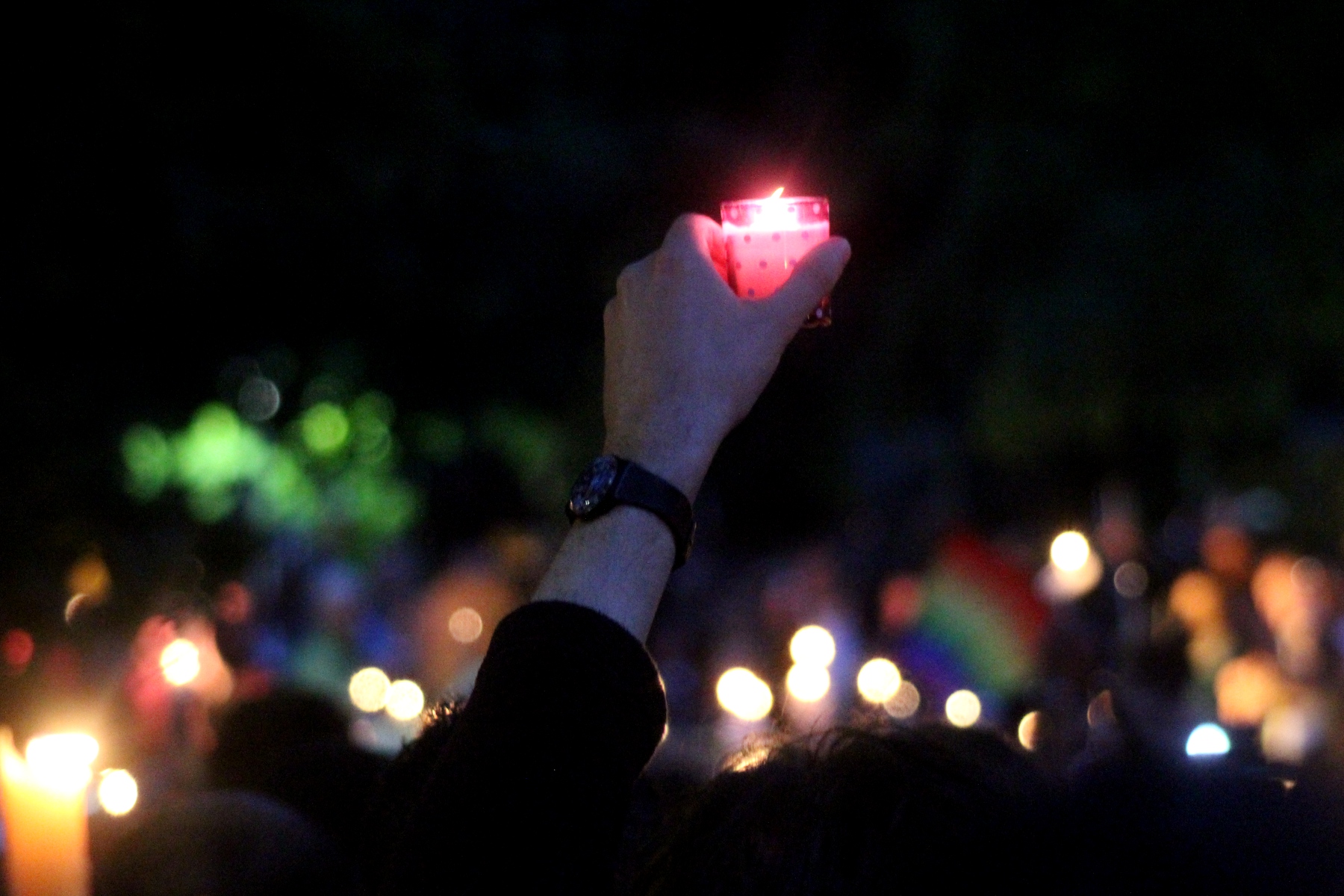 Huge crowds participated in today’s event at Campus Misericordiae in Brzegi, and even more people are expected for the Pope’s final mass on Sunday. The vigil consisted of three parts: a theatre performance by the Gdynia-based Dance Theatre Mira-Art, a dialogue between the Pope and young believers who gave their testimony, and a performance dealing with the issues of war, refugees and terrorism, followed by another testimony given by Rand Mittri from Syria. [Gazeta Krakowska]

Anna Maria Jacobini, a well-known journalist from the Italian RAI who came to Krakow to report live from World Youth Day, died on Friday evening. The 58-year-old reporter went to her hotel room after work to get ready for supper and was later found dead by her coworkers. The cause of her death was probably a heart attack. [krakow.naszemiasto.pl]

A banner with the Pope’s graphic representation was hung on the Main Square by two local artists, Maria Olbrychtowicz and Jana Shostak. The students of Jan Matejko Academy of Fine Arts prepared their own installation in the style of this year’s World Youth Day visual identity. “Who Is Your Pope?” is both the title of their performance, but also a question they are trying to ask, surprised that the current head of the Catholic Church was not included in the official World Youth Day banners. [Gazeta Wyborcza]