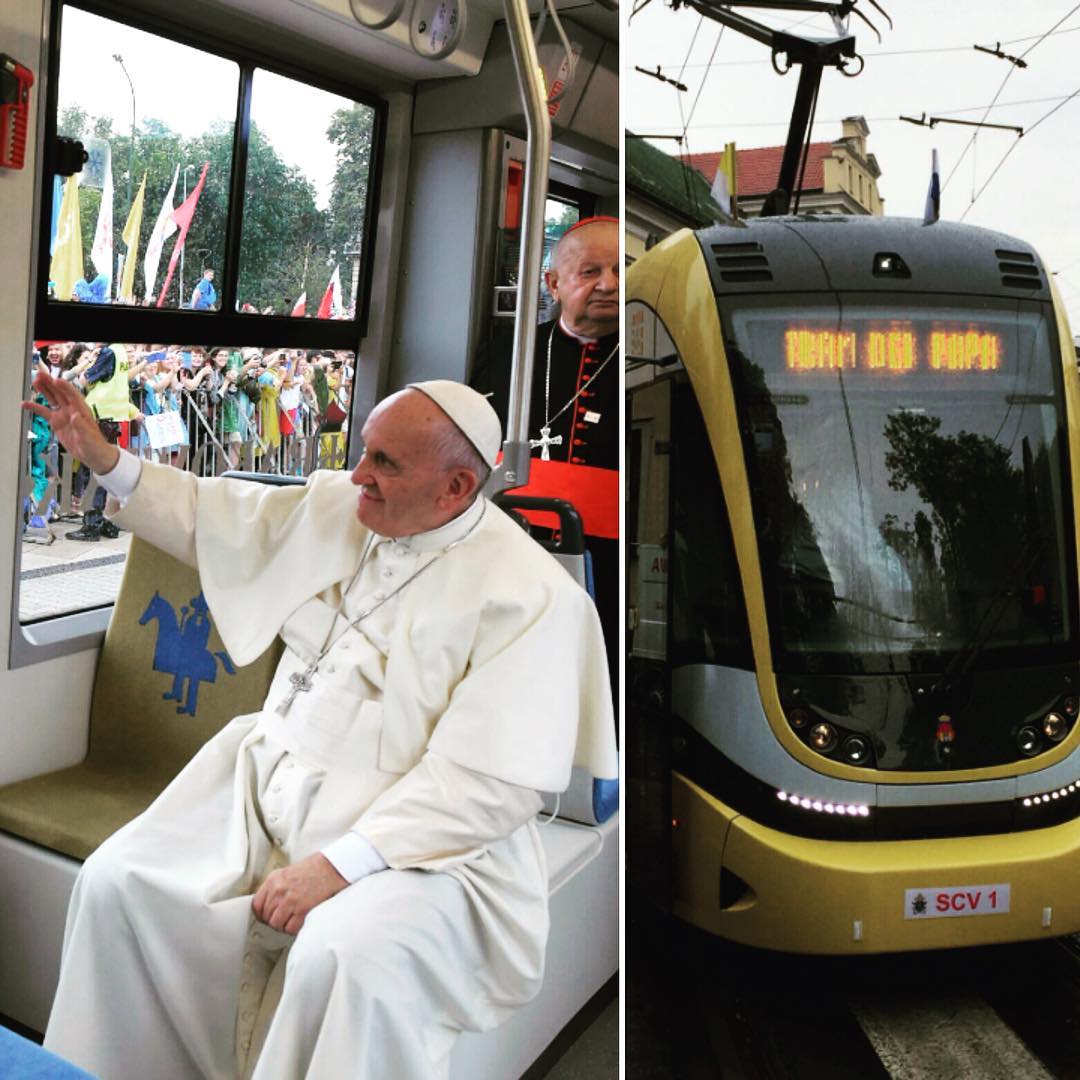 Thursday afternoon at Błonia Park in Krakow, Pope Francis finally met the estimated half a million Catholic pilgrims who have flocked to the city for World Youth Day 2016.

Following an open-air mass in Częstochowa in the morning (during which he suffered a brief fall without injury), Francis returned to Krakow by military helicopter and received a key to the city from Mayor Jacek Majchrowski. In line with his habit of taking public transportation, the Pope rode a municipal tram much of the way to the field, waving at bystanders through the windows.

At Błonia, he was welcomed on stage by several Polish Church leaders and young people. Traditional Polish folk dancers then kicked off a massive song and dance medley representing all the regions of the world.

After a reading of Scripture, Francis formally welcomed the pilgrims and paid tribute to his John Paul II, who remains widely revered in his native Poland and who founded the tradition of World Youth Day in 1985.  As usual, the Pope was vocal about his support of European countries welcoming refugees, a view which is contentious among Poles and which the current government has rejected.

Francis also encouraged enduring optimism and on the other hand, inasmuch as his famously humble and soft-spoken style allowed, railed against what he views as a trend of young people lacking enthusiasm and effort in life or seeking empty thrills instead of religion. He encouraged the youth in attendance and watching virtually to allow their faith to “launch us into an adventure of mercy” – as well as to embrace those they fear, to rise up after failure, and to seek out their elders for wisdom.

The address seemed popular with the crowd, who continued with songs and festivities long after. There was also relief as all remained safe during what has been described by observers as “the largest security operation in Polish history.”

Friday morning Francis will pay respects at the Nazi concentration camps at Auschwitz and Birkenau, following which he is scheduled to lead young pilgrims in the Way of the Cross, a Catholic meditation on images of Jesus’ crucifixion.