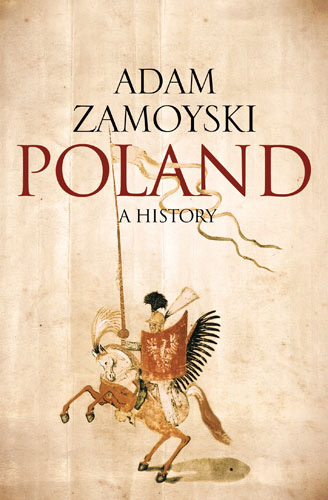 Adam Zamoyski penned his first history of Poland twenty-five years ago. Since then, the Eastern bloc has undergone biblical changes that few would have dared to predict back then. With the Iron Curtain gone and Poland now comparatively free to navigate her own destiny, there’s plenty for today’s historians to chew over. Zamoyski’s earlier history may be regarded as a classic, but he himself admits that it reads like “a book penned in another century by a different person.” This reworked and extended history takes us all the way up to the Kaczyński twins, with several new chapters woven into the whole.

There isn’t exactly an over-abundance of histories of Poland in English, and Zamoyski – who grew up in England – is an ideal guide for readers looking for a lively intro. For the casual reader, a welcome factor is that the author uses none of the pretentious jargon that has become so fashionable amongst many scholars. Zamoyski writes with flourish and an eye for the evocative anecdote. Meanwhile, the text is complemented by superb archival images.

It’s a shame that one or two of the character sketches have bitten the dust this time round – Witkacy has vanished entirely (although that’s somehow in keeping with the artist’s sense of humour). And owing to the concision of the book, some statements may prove frustrating. Assertions such as that Poland’s culture “had largely been obliterated” and that its “remains survived only underground or in exile” might form the basis for a heated debate. But these are minor cavils. Poland: A History manages to be both vividly engaging and yet reassuringly dispassionate. If you’ve struggled to find a single volume introduction to Poland until now, this could well be your best bet.