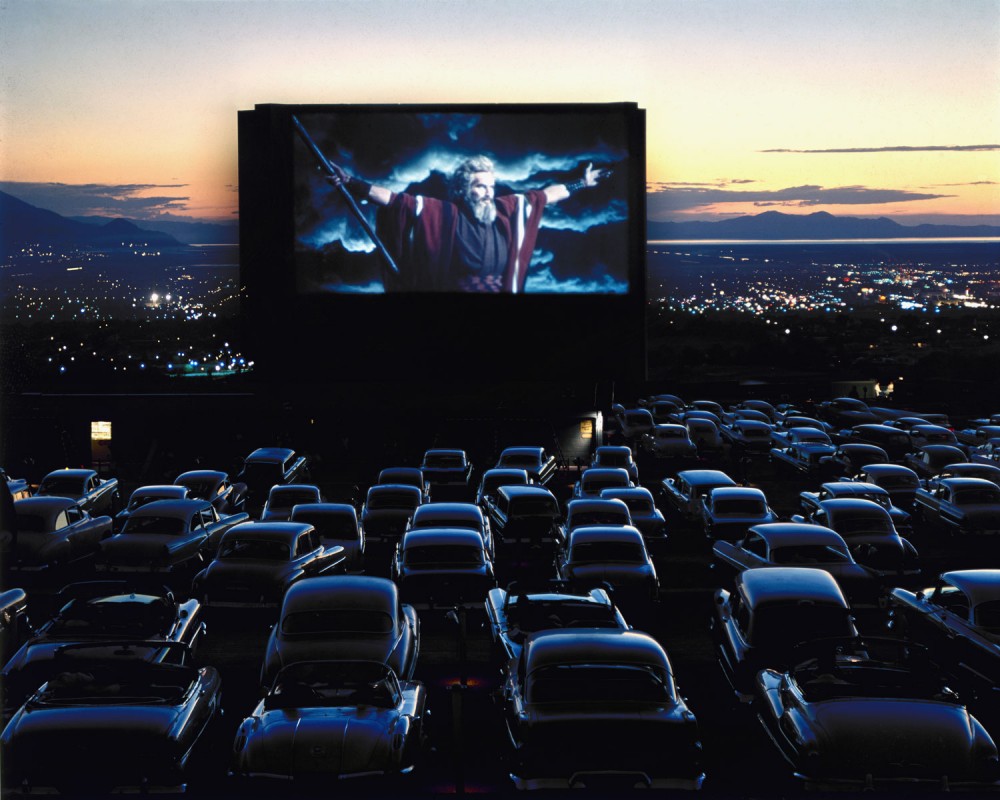 Do you find yourself looking at the current Polish political and social climate and thinking, “This is great, but I wish it was even more like the 1950s”? Well, you’re in luck! Developers plan to transform an old hangar at the Czyżyny Engineering Museum into a drive-in cinema. It will hopefully open later this summer. The renovation, equipment, and licenses are estimated to cost 40,000 PLN. [Gazeta Krakowska]

Błonia, the enormous field in the center of Krakow, will be the locus of several of the major events of World Youth Day, the Catholic gathering in late July expected to bring around a million pilgrims to the city. These include the opening ceremonies, the welcoming of Pope Francis, and the Stations of the Cross. In preparation, work has begun on a large altar in front of the Cracovia Stadium designed by Professor Stanisław Niemczyk, called the “Polish Gaudí.” Construction is expected to run into July. [Onet]

Why the white and blue flags on Krakow’s trams?

Observant Cracovians may have noticed that the city’s trams and buses today were decked out with white and blue flags. No, it wasn’t an obscure religious observance or a covert foreign takeover: in fact, it’s just the flag of Krakow, on display to celebrate the formal incorporation of the city in 1257 shortly after its destruction by a Mongol invasion (a thing which actually happened, not only once but three times). The flags are one of several special commemorations of Krakow’s origins, including concerts and a special mass. [NaszeMiasto]