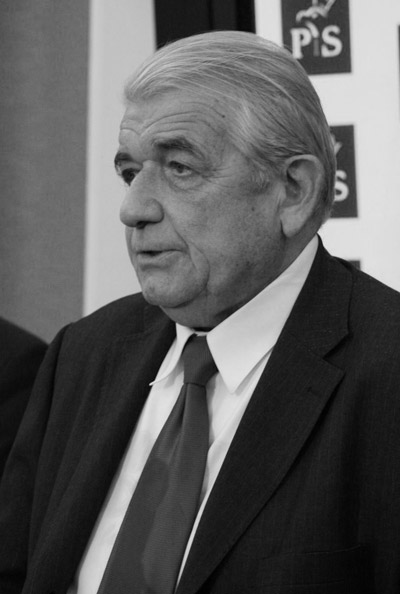 A great authority in the medical world, the pioneer of Polish transplantology, an expert politician, eminent scientist, devoted teacher of at least half of all the cardiac surgeons in Poland – Zbigniew Religa died on the 8th of March at the age of 71, after two years of struggling with lung cancer.

Born in 1938 in the village of Miedwienice as the only child in a teacher’s family, in his teens he dreamed of becoming a philosopher or a journalist. Fortunately, he chose the Medical University of Warsaw and subsequently completed his knowledge and gained valuable experience during scientific training in the USA.

In 1984, the then-unknown senior lecturer came to the voivodeship cardiology centre in Zabrze. This was where he performed the first heart operation, which was followed with the first successful heart transplantation in Poland. The decision about the operation required a lot of courage since no one from the medical team had seen a similar operation before.

“The main problem consisted in the fact that in order to make a heart transplant it was essential to find an ideally working heart,” Religa recollected in an interview with Jan Osiecki. “And at that time ? in the conscience of people, and the majority of doctors ? as long as a heart was beating a person was alive. The notion of brain death existed, but was not widely accepted. Hence an ethical barrier surrounded the issue.”

In the bankrupt People’s Republic of Poland, which often lacked such basic things as surgical threads, the professor turned the medical centre into one of the most famous cardiac surgery clinics in Poland, thanks to which the country’s organ transplant studies started to develop.

He educated almost half of Poland’s heart surgeons, who are now scattered in medical centres throughout the country. Extremely dedicated to what he was doing, he emphasized that it was his patients who were his best friends. For many seriously ill people he became the last resort, and many patients owe him their lives.

Tadeusz Żytkiewicz, perhaps Religa’s most famous patient, recollects him fondly: “He saved my life when other doctors said that nothing could be done. I was about 61 and according to the doctors I was too old.”

The nurses who assisted him during operations recall that even during the most difficult moments, when a patients’ life was hanging on by a thread, he managed to be cool under pressure without making a single mistake or a superfluous movement.

Religa’s versatility was also reflected in politics. Former President Lech Wałęsa, for whom he was an advisor to in the years 1992-1995, described him with words: “The professor was a patriot, he sympathized with me, the fight, so whenever it was possible I somehow was trying to involve him in political connections, which were to save Poland and I must say that he coped well with this.”

In the years 1993 ? 2005 he served as a senator, and it is worth noting that during senate elections he gained the best result in Poland ? 530,000 votes. He also established two new parties: the Republicans (Republikanie) and the Centre (Centrum). In 2005 he ran in the presidential elections. However, due to lack of funds for running the campaign, he withdrew his candidature and gave his support to the present prime minister, Donald Tusk. Tusk lost the elections, but PiS unexpectedly offered Religa a position in the Ministry of Health.

However, Religa came under harsh criticism from his colleagues in the same line of work. A two-year period when he held office was marked by massive strikes by doctors and nurses, which resulted in a 30 percent overall pay rise for health care.

Diagnosed with malignant lung cancer in 2007, he underwent several operations, but despite the destructive illness he participated until the end in the Sejm sessions as a PiS minister and did not avoid appearing in the media.

Religa knew that he was dying, but he managed to keep his cheerfulness until the end. He hoped to live to see the day when his great work ? an artificial heart – will be finished. However, work at the Artificial Heart Laboratory, which was established on his initiative, goes on, and the new medical invention is supposed to be completed in 2013.

His death has shaken the whole of Poland and is a great loss for the country. “Such prominent people leave an empty space for a long time,” said Donald Tusk about the professor, who will undoubtedly remain fixed in the memories of many grateful people.