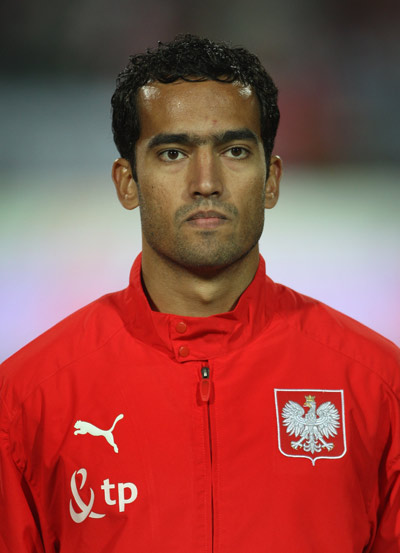 Over 250 delegates from all over Europe met in Warsaw on March 3 and 4 for the United Against Racism conference to discuss how to kick prejudice out of football stadiums.

The conference – staged by UEFA, the players’ union FIFPro and the Football Against Racism in Europe (FARE) network – also gave the Polish FA and NGOs the opportunity to show what they are doing to tackle the problem, as the country prepares to co-host the Euro 2012 Championships with Ukraine.

The afternoon session on March 3rd was taken up with workshops and discussions led by professional football players themselves. Pape Samba Ba of the second division MKS Znicz Pruszków, based near Warsaw, told the conference that sometimes the racist chanting at games can get so bad it becomes almost unbearable. “In one game the referee was doing nothing to stop the abuse. It got to a stage where I could not take any more,” he said.

Legia Warszawa’s Brazilian-born Roger Guerreiro – who received Polish citizenship last summer, qualifying him to play for Poland during Euro 2008 – said: “I have had the misfortune of encountering racism on the pitch and off it. Racism is an issue related to culture and upbringing. Children watching television can see anti-racist messages. We must all join forces to do something about it. The role of the footballer is very important to raise awareness, especially among young people.”

Italy, Spain and Eastern Europe are perceived as the remaining hotspots for racist abuse being mixed in with the usual exuberant chanting at football games.

“What I found during an investigation into the problem in Poland was truly shocking,” said the BBC’s reporter Mihir Bose. “I found racism that was strident and in your face in a way it never was in Britain, even in the very bad old days of English football in the 1970s and 80s. And this is the country that will co-host Euro 2012,” he warned.

The documentary shows racist graffiti outside the Legia Warszawa ground, a club that was banned from European competition last year after fans invaded the pitch during an away game in Lithuania. Bose claims that neo-Nazi symbols are regularly displayed at matches in Poland and told the story of how a third division player, despite scoring two goals for his team, was beaten up by the team’s fans just because he was black.

Both the Super Express and Dziennik newspapers disputed the BBC documentary’s slightly apocalyptic message, and much of the evidence it provided. But, as the United Against Racism conference heard earlier this month – attended by Secretary of State of the Sports Ministry Adam Giersz and new President of the Polish FA (PZPN) Grzegorz Lato – the problem does still exist in Poland.

And the problem is, sadly, not a new one. Poland’s first high profile black player was Nigerian born Emanuel Olisadebe, who, like Roger, received fast-track Polish citizenship so he could play for Poland during the World Cup in South Korea and Japan in 2002. For Olisadebe, who had been playing his club football at Legia Warszawa, that’s when the trouble started.

He told African Soccer magazine of an incident when Legia were playing away at Lublin: “I took the ball to the corner flag and all of a sudden it was as if it was raining bananas. Around 50 of them came raining down on me. [..] I had been in Poland for three years and nothing like that had happened to me before.”

The following year, during the national side’s rather dull, friendly game against Iceland, the bananas reappeared.

President of the Polish FA, former international representative Grzegorz Lato, told the United Against Racism conference that the PZPN, in cooperation with the Ministry of Sport, has a number of projects underway in Poland to make sure there are no embarrassing incidents during Euro 2012.
These mainly revolve around “raising awareness” and education campaigns directed at fans of clubs and the national side.

When the anti-racist campaigning group Nigdy Wiecej (Never Again) wrote a report for the Extraordinary Congress of the International Football Federation (FIFA) on racism in the game, held in Buenos Aires in 2001 – which called for the Polish government and PZPN to do much more to stamp out the racist abuse and symbols at football games in Poland – the then president of the Polish FA, Michal Listkiewicz, said the involvement of the NGO was “a scandal.” He said the report was “embarrassing” but “nobody took it seriously” and that the Never Again delegate at the congress was just “a silly girl.”

But as Euro 2012 gets nearer, PZPN are under more pressure to reassure people that Poland is doing its bit to boot the racism – and corruption – out of play.

Rafał Pankowski, a sociologist and Never Again’s spokesman at the conference in Warsaw this March, pointed out in one of the discussion sessions that although action should be taken by the clubs, the causes of racism in football stadiums can be found outside the turnstiles, not inside.

“Racism is a reflection of society and was not created in the stadium,” he said. “Football is a positive force in society and we must live up to the challenges of the past and of the future too.”