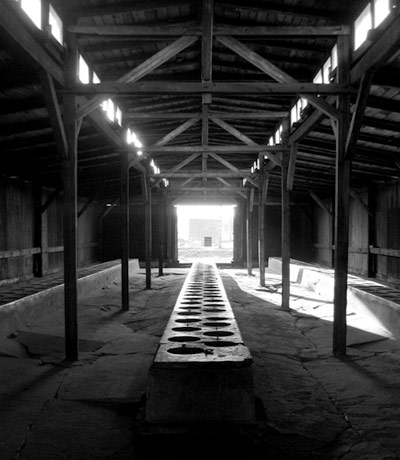 Sixty years after its opening, the Auschwitz Museum is facing economic strain. As the yearly upkeep costs amount to 5 million euros, Poland has asked the European Union for help in maintaining the complex. In February, Prime Minister Donald Tusk, in an official letter to the leaders of the EU states, asked for the creation of a special fund to help carry out repair and restoration at the former camp. The fund would be used entirely for long-term conservation work. Here, the director of the museum, Dr. Piotr Cywiński, describes the situation at hand:

Krakow Post: Can you please explain how conservation in the Auschwitz Museum was financed till now?

Dr. Piotr Cywiński: Poland has been mostly the sole up-keeper of the museum for 60 years now. In the 1990s and 2000s the programmes for conservation works financed by other countries were those that catered to the most urgent needs. Until recently, this procedure functioned quite well. However, what needs to be said explicitly is that the times of local and ad hoc conservation are history now. The buildings here were raised with no view to last: they were built by prisoners who were not professional builders and who intentionally did not invest much effort as they needed to keep their strength in order to survive. The site was not designed to last long, and as a result its condition is poor and deteriorating. Similarly to human health, the process of deterioration speeds up and the costs of preservation are rising. This was the reason for a new philosophy of conservation: no longer ad hoc but global. And in this case the budget of the Ministry of Culture proved insufficient. We are talking about 200 hectares, 155 buildings, 300 ruins, 100,000 objects, 250 running metres of documents. Regardless of the scale, the global plan needs to be finalised within 20 years because after such a time-span, conservation must be conducted again. Knowing the scope of preservation works as well as the period within which they need to be carried out; i.e. 20 years, we can easily forecast the yearly absorption being EUR 4-5 million. This triggered the idea to create a larger fund instead of asking various countries for smaller amounts to address the most pressing needs. We need to secure the situation for future generations. Nearly all the brick barracks were accessible to the public ten years ago; today less than half are open.

KP: How does the number of visitors affect the museum’s budget and income?

PC: The number of visitors does not translate itself into the museum’s income. Poland will not introduce entrance fees to a martyrology site. [As] former prisoners come here and families of the victims visit the museum, admission fees cannot be mandatory. Indirectly, the number of visitors affects the budget as more people use our guides and a fraction of the guide fee remains at the museum. We noted a slight increase in the sale of our books which is also a source of income for us.

KP: Recently, PM Tusk, followed by Minister Sikorski, turned to the EU states for financial support. To what extent is it the obligation European, or indeed of humankind generally?

PC: Shortly after WWII people began discussing what could be done to prevent it from happening again. New legal terms were created, such as crimes against humanity. Human rights were more fully defined, various institutions were established, amongst others the UN. It was a time of deep thought on the future of Europe. Since then, there has been no serious conflict within Europe – a situation that has never happened before – and this is what we must protect. WWII was different, not because of the bombing of Dresden or the beach landings in Normandy, but because of Auschwitz. Seeing the results of war in Europe we understand that now we have a lot to protect. Hence Auschwitz, as the only concentration camp, and at the same time extermination camp – the biggest of them all – a symbol of the terrible entirety, is one of the foundations of our post-war European civilisation. This is the reason why for me, turning to other countries for financial support is not accounting for historical responsibility. What is to be won here is not only the preservation of the past and memory, but the foundations of a future where we understand the importance of Auschwitz as a place where we should all meet.

KP: What other countries outside of the EU were asked for help?

PC: The prime minister addressed European countries, but also the USA, Canada and governments of other countries which demonstrated their interest in this site.

KP: Germany was the first to declare their help.

PC: I find the help declared by Germany very open – they were the first to react and this is vital. This year, on a federal level, the country committed 1 million euros, which does not end the discussion on the level of federal states. Next year a larger sum is to be included in the budget. German companies will be encouraged to support the fund as well. This reply is very prompt and it cannot be expected of them to commit to larger sums; the reply is open and promises much greater effort in the future. Obviously, there is a historical responsibility of which Germans are aware, but there is also responsibility from other countries which either sent victims here and took part in the procedure or those whose citizens died here. Everyone takes care of the graves of their ancestors, and Auschwitz is a colossal grave. For us Poles, it is the largest grave we have as well. It is only natural that such sites are taken care of. Today, the last prisoners are passing away, they are over 80 years old, and with their voices becoming history, this site now needs to be even more meaningful to help young people understand the place.

KP: What further declarations are expected?

PC: We are expecting replies from prime ministers, which will most likely take about two months. It is difficult to establish when the planned amount will be reached. I guess in the late spring we will be able to start discussions on definite sums when we know the replies and the general atmosphere. Professor Bartoszewski is its founder, and [the fund] will be under strong international supervision. For the time being the diplomatic talks are very positive and we hear uplifting words. It is now, with the economic crisis, that we can realise that we have much to protect and that in the most important issues the solidarity of the EU counts. Crisis is the catalyst which shows, once again, that we have reached a totally different dimension of reciprocity over the last fifty years. While in the second half of the year the Foundation’s activities will be intensified, the only purpose will be the preservation of the site.