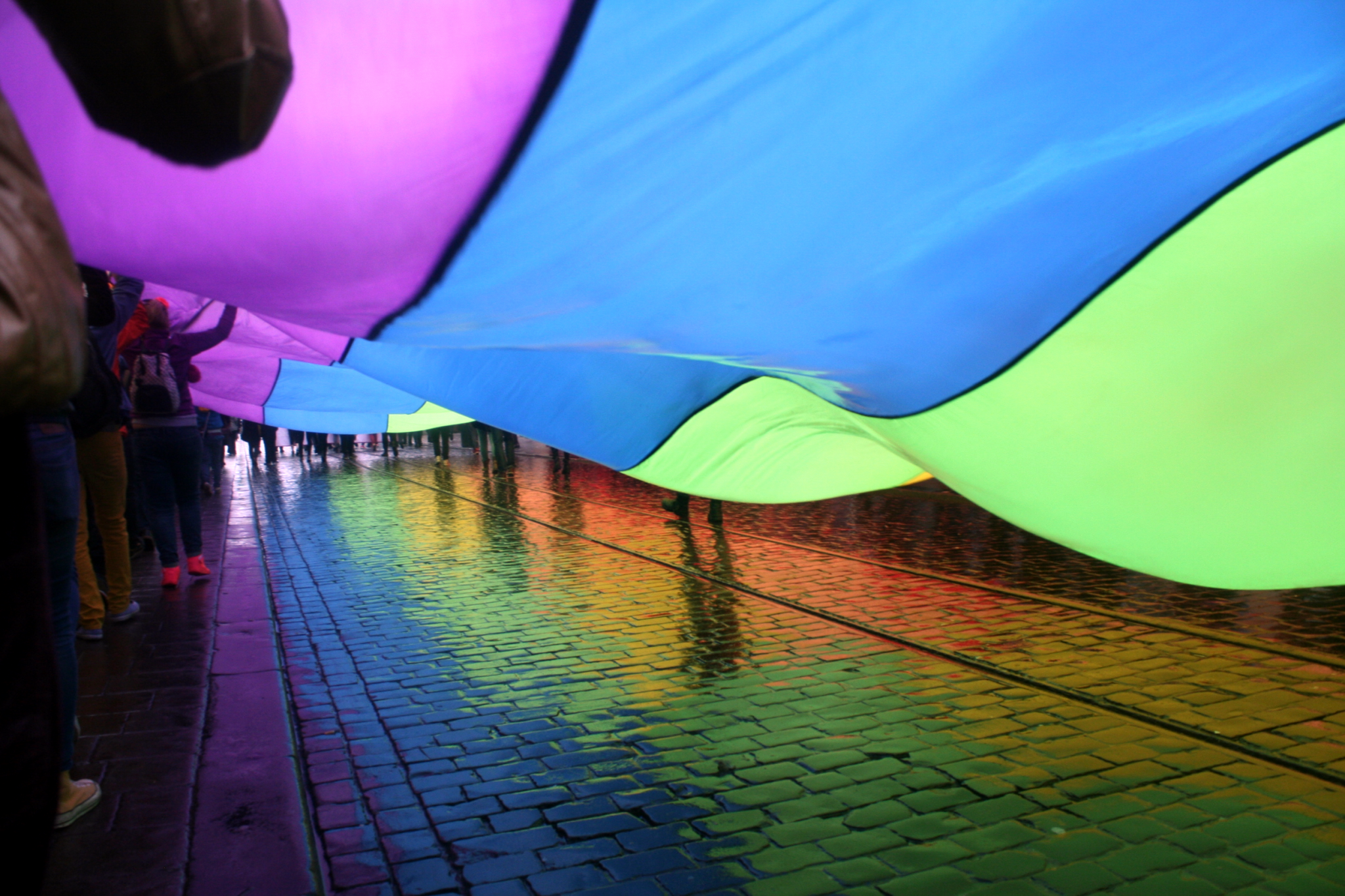 Hundreds of demonstrators braved the spitting rain and screams of nationalist counter-protesters to march across Krakow Saturday in support of the rights and acceptance of lesbian, gay, bisexual, transgender, queer, intersex, and other sexual and gender minorities in Poland.

The theme of this year’s annual march – in its tenth year – was “Solidarity,” inspired by the celebrated movement which topped Poland’s communist regime in 1989. Participants, most in a cheerful mood, carried signs, rainbow flags/balloons/umbrellas, and an enormous pride banner to the beat of a drum corps from the National Gallery through the city center to Plac Wolnica in Kazimierz. Joining them were perhaps a hundred armed and armored police officers, who helped to navigate the crowd through traffic and keep them separated from opponents.

The event was coordinated by Queerowy Maj (Queer May), which has also organized a series of related events continuing this month. “Solidarity is not a mockery of the weaker,” they state in their manifesto, “saying that someone has to sacrifice so that another can have it better. …Solidarity is faith, hope and charity. The belief that we share a common cause and common good. We hope that together we can build a better tomorrow. Love – mutual care and respect.”

Though LGBTQI+ groups have historically been less persecuted in Poland relative to many other countries, same-sex marriage is illegal and consistently opposed by a large majority of the population.

Use the arrows to browse through our exclusive photo gallery of the march below.