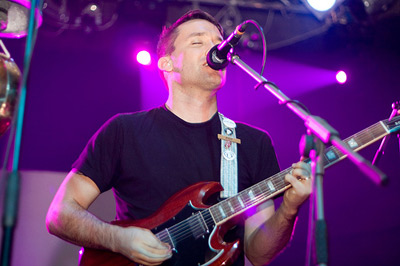 Just last month, the organisers of the annual Unsound Festival feared that the 2009 edition, planned to be even bigger and better than 2008’s extremely popular event, would have to be cancelled. But now, after an unexpectedly generous offer of support from the city – in the sum of 300,000 zloty – Unsound is back on track for 2009.

“We’ve fixed our errors and we know that the event will be even better than in years past,” the organisers, Tone Foundation, told Polish daily Gazeta Wyborcza. The errors referred to are the invoices for 35,000 zloty which were missing euro to zloty conversion rates as required by the city’s financial department. The deadline for the corrections had passed, and in order to rectify this, the organisers had to first return the missing sum, which they did this month.

The 2009 edition will take place with the help of the Krakow Festival Bureau, which will cover the festival’s operating costs. Gosia Plysa, one of the main organisers, told Gazeta Wyborcza, “We’re counting on a positive cooperation with the city.” Last year’s festival took place in such unusual venues as the massive St. Katerine’s Cathedral and the Manggha Centre and included film and artistic events in addition to the concerts, a trend that Ms. Plysa hopes to continue in 2009.

The timing of this news gives hope to those who feared that due to the global financial crisis, more alternative or underground festivals such as Unsound would suffer. Unfortunately, a newer event, the Cracow Screen Festival, which debuted last year with such stars as Underworld and Juliette and the Licks, did not fare so well. News of its cancellation became known earlier in March, after city authorities decided to withdraw funding when the festival organisers failed to find investors.