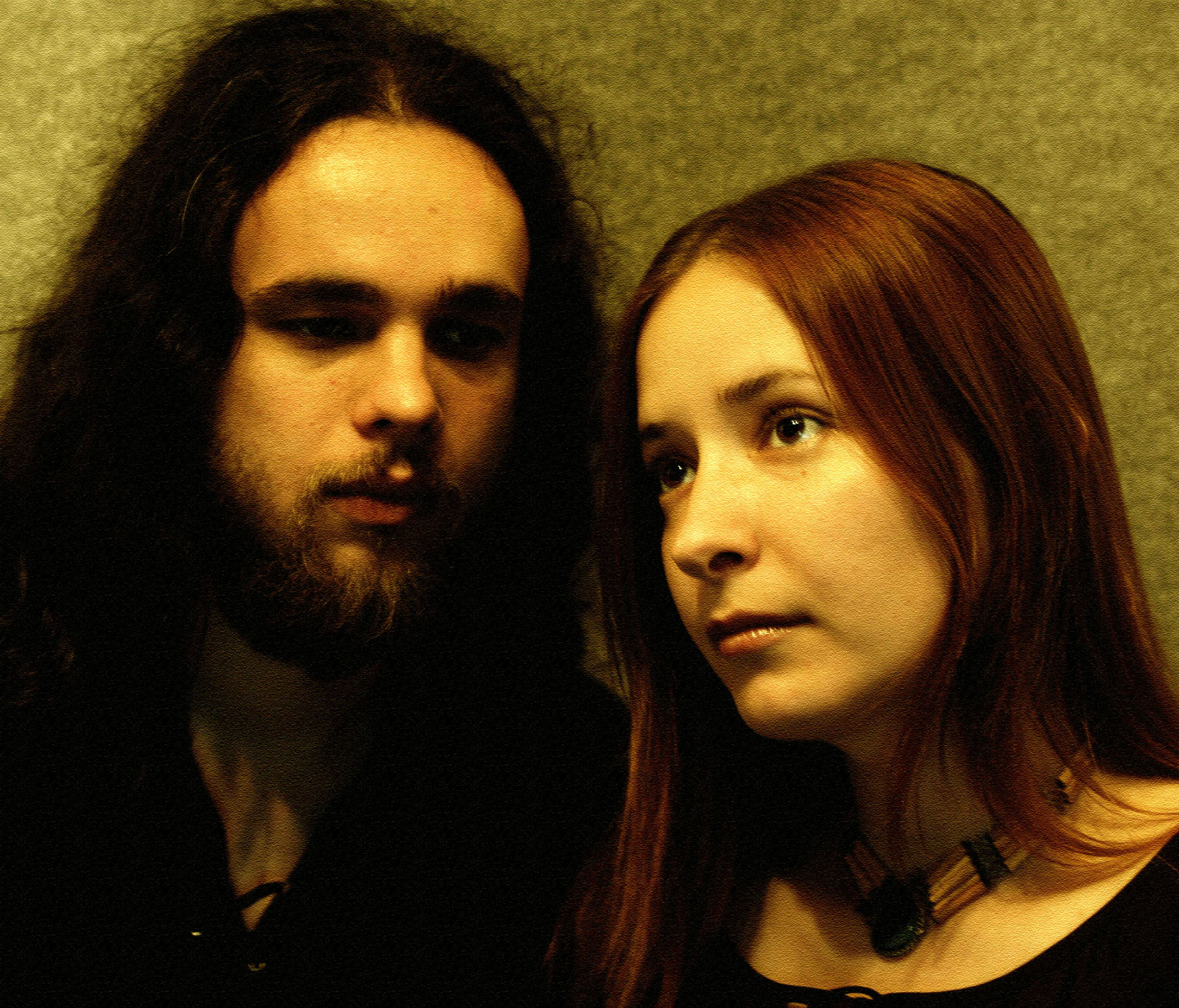 THE MOON AND THE NIGHTSPIRIT

If you have any love for the genre known as Dark Folk or Neo-Pagan-Folk or Medieval-Ethereal-Darkwave-Gothic-Folk – whatever they happen to call it these days, at its core it’s a combination of beautiful melodies married to delicate yet intense mostly acoustic instrumentation that can evoke the ancient and divine power of nature and the universe (at least that’s what it sounds like to those of us who love it) – but the point is, and I cannot stress this enough, if this is your thing, you absolutely NEED to be at this show. This Hungarian duo (augmented live with bass and drums) features Mihaly Szabo (primarily guitars and vocals) and the astounding vocalist Agnes Toth, who also covers keyboards and violin.

But one of the things that make THE MOON AND THE NIGHTSPIRIT so unique is their use of unusual instrumentation, such as the Mongolian morin khurr and the fujara (a traditional Slovakian pipe used by shepherds – and yeah, I had to look that up) to name just two of many esoteric instruments that both have mastered.

If you’re not aware of this genre, a good general comparison would be Canadian Celtic songstress Loreena McKennit, although that would probably be considered heresy by the purists.

They’ve released five full length albums in the past dozen years, with songs in both English and Hungarian, they’ve been a featured act at the world renowned Polish Gothfest known as Castle Party, and their last Kraków show was a complete sell out.

They do nothing less than create magic onstage. Check out this clip and witness the spell they can weave even in broad daylight, and imagine. Better still, come see for yourself…

If you’re not aware, and you’d probably have to be deaf to not be, Juwenalia Week is upon us. If you don’t know what that is, imagine a sort of Polish spring break, with all the local universities hosting myriad events to celebrate before the final push to summer. There are film festivals, and dances, and stand up comedy shows…and music. All kinds of music, from rock to jazz, alternative to folk, and even an all-night rave or two.

There’s far too much going on to list here, and the disparity in ticket prices between students and the public is usually pretty large, so it’s worth checking on any event that you might be interested in beforehand, as they may well be sold out.

The biggest musical event will be this multi-act show, headlined by Warsaw’s legendary KULT, celebrating their 35th year together. They have weathered not only drastic political but musical changes as well, and have managed to remain relevant through 13 studio (and many live and compilation) albums.

In contrast, LemON have been around less than half a decade, and originally gained popularity when singer/songwriter Igor Herbut was accepted as a contestant on the Must Be The Music TV show in 2012. He needed a band, LemON was born, and together they won the competition. But while the songs are certainly mainstream pop, with an emphasis on ballads, the arrangements are often tempered with interesting Eastern European influences.

If you’re keeping score, the relative age of HAPPYSAD is somewhere in between those two, the band having been together since 2001. Leading purveyors of Polish ska-punk, with a heavy pop influence, a la early Police, they released their sixth album Jakby nie biało jutra (As If No White Tomorrow) late last year to great acclaim, and are known for their energetic live show.

O.S.T.R. (né Adam Ostrowski) is one of the most prolific and successful Polish rappers, releasing well over 20 solo and collaborative albums since 2000. Unusually for any mainstream genre, he is actually a university educated musician, and his knowledge of music theory, and love of jazz, influences his work and has brought international recognition.

Once again, Poland puts together a seemingly odd mix of artists for a night out that should never get boring.

Before we continue, a little history…

“Sung Poetry” is a uniquely Polish form of musical storytelling that flourished during the 1960s, 70s, and 80s. It was folk in its purest form in the sense that it was protest music, but since this was communist-controlled Poland, its songs are loaded with metaphor and innuendo. Although it was vague enough that the authorities were either clueless or powerless to do anything about it, the meaning was always understood, and these songs kept the soul of Poland alive in a time of oppression.

The epicenter of this universe was Pod Baranami, at Rynek 27, where the bohemian faithful gathered to drink and sing and keep the spirit alive, just steps away from where Lenin plotted the Russian Revolution years before – an irony I’m sure wasn’t lost on them.

Both of these young artists have strong connections to the Pod Baranami culture and it’s unusual that there are two separate opportunities to see fantastic female performers in the classic Polish sung poetry tradition within a few days. But each bring originality, as well as reverence to this art form. Both have won multiple national awards and are crucial to the continuing story of this beautiful musical genre, by both venerating its past and mentoring its evolution…

Agnieszka has worked as a regular in the Piwnica Pod Baranami Cabaret and has collaborated with some of Kraków’s leading singing-actors. Hers is a kind of modern alternative take on this traditional genre, and she scored a #1 hit on the Radio Kraków charts in 2010 with “Kołysanka Niestosowne Sny (Lullaby of Inappropriate Dreams)”, which you can hear below.

This show is at the place where it all began. During communist times, this was THE bohemian hangout where legends like Marek Grechuta and Anawa reinvented Polish music in the late 1960s, and greats like Grzegorz Turnau were passed the torch in the ’80s. DOROTA ŚLĘZAK has worked with both Turnau and Jan Kanty Pawluśkiewicz (who founded the Anawa band and the Pod Baranami cabaret with Grechuta, and is now a celebrated film composer), –  no mean feat considering that she is the youngest person ever invited to join the troupe in that hallowed place. Her performance is one of a series of shows celebrating 60 years of their history, and her set will be followed by the cabaret’s regular Saturday night performance. You never know what legends might turn up. In person…or perhaps just in spirit.