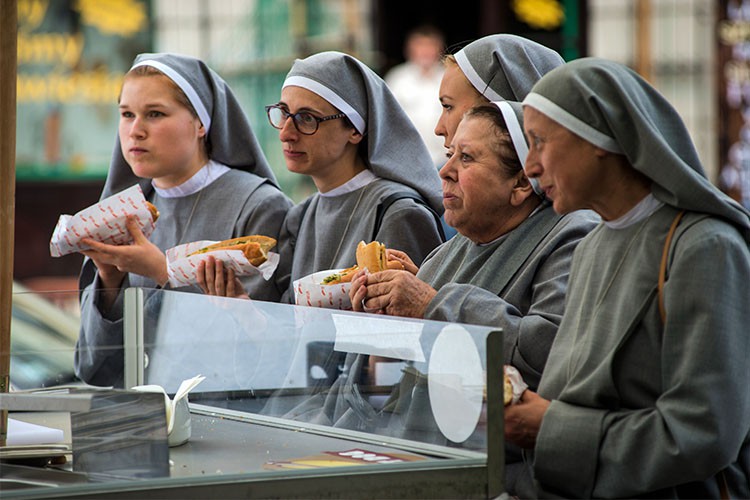 The making of 11 Minutes set Jerzy Skolimowski’s pulse racing. The Polish director had to work against the clock to accomplish his greatest effort, which was destined for Cannes. His multi-stranded film eventually premiered in Venice after a rough post-production period.

This time the Polish cineaste doesn’t want the viewers to cling emotionally to single roles, including Andrzej Chyra here in the role of a sibylline hot dog vendor who regularly enjoys chatting up some nuns. The catastrophe looms over the characters from the sky, featuring rumbling aircraft and a Woo-esque white doves motif. The zoom out in the finale à la King Vidor suggests that nowadays people, both in the good and the bad times, are as insignificant as pixels to the Big Brother of traffic cameras. The dominoes-like screenplay shows at the same time clockwork precision and emotional detachment.

11 Minutes was not profound enough to make it in the final shortlist of For Best Foreign Film Oscar. Still, Skolimowski’s feature stands up as a cinematic statement from an astute artist capable of feeling young over and over again in the last decade, despite a 15-year hiatus from filmmaking, during which he mainly devoted himself to abstract painting. Perhaps a Polish directors’ elixir of life is simple as a generous dose of adrenaline.