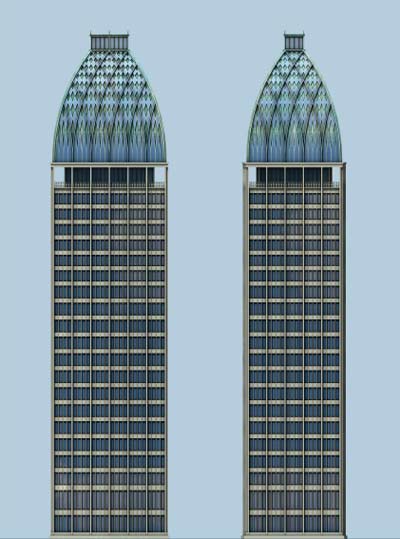 Last August, the Krakow Post reported on the purchase of and early plans to develop Krakow’s tallest building. Now we return with more concrete details about the fate of the long-unfinished structure.

The future “TreiMorfa” Tower, known locally as “Szkieletor” (“Skeletor” of He-Man fame), has stood naked for over three decades. But if everything goes according to plan, by 2012 (just in time for the Euro Cup) TreiMorfa will be a multi-functional centre of commerce, with a 24-storey tower surrounded by a group of lower buildings, in which offices, a hotel, and upmarket retail outlets and a delicatessen will be located. Altogether, the complex of buildings will resemble New York’s Rockefeller Center.

In addition, the current plans include a two-level underground parking lot as well as residential spaces, though the ratio of residential-to-office space will likely be decided by the future market. According to Peter Bradley, the executive director of Verity Development, at the moment “residential [property] is moving slowly, and office is looking better, but who knows what will happen in the next six to 12 months? The [current economic] crisis makes predictions very difficult.”

The property is being developed by the Verity Development group, which includes offices in Germany, Belgium, Poland and Italy and already has over 40 investments in Poland, primarily in Wrocław, where the firm’s main Polish office is located. The TreiMorfa project is a joint venture between Verity and its local partner, the GD&K Group, with funds from an unspecified Middle Eastern investor.

In early January, the firm released concept artwork (see right) designed by the building’s chief architect, Professor Hans Kollhoff. The German architect is considered one of the top 10 of his craft in Europe. The concepts vary in height from about 100 metres to 140 metres. The current frame of TreiMorfa stands 93 metres tall.

Ultimately, both the building’s exterior and its height depend on which of the plans are approved by the Municipal Department of Architecture and the Małopolska Regional Office for the Protection of Monuments (Małopolski Wojewódzki Konserwator Zabytków), headed by Jan Janczykowski. So far, Mr. Janczykowski has decided to allow 102.5 metres to be the height of the tower. Mr. Bradley believes it will be about three to four more months until all of the permits are issued and work on the building can begin.

When asked about the cause of his initial interest in TreiMorfa, Peter Bradley mentioned the building’s visibility on Krakow’s skyline as part of the motivation: “TreiMorfa is a unique project. It’s unlikely that anything else will be built so high so close to the centre of Krakow.” No matter which concept ends up becoming the final project, it’s safe to say that within the next few years, Krakow’s skyline will certainly see an improvement.