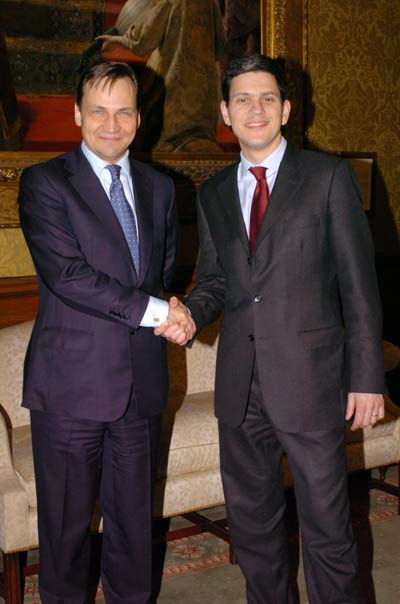 The tenure of the present secretary general of NATO, Jaap de Hoop Scheffer, ends in July and it is hoped that the new head will be anointed at the joint summit in April. With the deadlines approaching, candidates for the position come and go along with speculations on their chances and on the states potentially supporting them. What has become clear, however, is the challenge of the role in the light of the current situation of the alliance.

After a relatively low-key period, NATO is regarded to be in need of a dynamic politician with analytical skills; an individual of authority who will help the alliance adopt a new strategy on the member countries, in line with Article 5, describing the obligation to protect NATO countries in the event of an “armed attack.” The key aspects of the alliance strategy requiring revision are relations with Russia and the mission in Afghanistan. What is equally often mentioned when short-listing the candidates for the post is the place of the new member states in NATO. The Eastern European candidates for various NATO and EU positions have been regarded as under-qualified, which resulted in alienation and feelings of unfair treatment. Bearing that in mind, the experts and media list several Eastern European politicians amongst the current candidates.

The NATO helm attracts prominent figures from Canada, Norway, Britain, Denmark, Holland, Bulgaria, Poland and the Czech Republic. The prime minister of Denmark, Anders Fogh Rasmussen, and Poland’s foreign minister, Radoslaw Sikorski, stand the greatest chances, according to the experts. Despite Rasmussen taking the upper hand thanks to his command of French, the Danish PM is said to opt for a new position within the EU structures, which seems to be working to the benefit of Sikorski.

Much as he is recognised in the West and enthusiastically supported by Lithuania, the objection to Sikorski is not merely an unsatisfactory command of French. His mutinous stance towards Russia and new potential member states make it difficult for him to gain the support of France, Germany and the U.S., even with the help of his favourable view of the missile defence shield project. On the other hand, Sikorski’s experience and contacts in Afghanistan suggest he is capable of meeting the challenge of the mission in Afghanistan so critical for the new U.S. president as well as for the entire alliance.

Appointing Sikorski to the position of NATO secretary general would work to the benefit of Poland’s image on the global political arena. With a Pole at the helm of NATO the interests and needs of Poland and other newer member countries would receive required attention. What is more, Sikorski could help bridge the gap between the old and new member states and act as a transatlantic player re-establishing consensus over security.

Regardless of the decision, the fact that two candidates from Poland are being considered, Sikorski and former President Aleksander Kwasniewski, is recognition of both their qualifications and the need to have Eastern European countries better represented in global organisations. However, a lesson from the past that needs to be kept in mind is that, more often than not, the winner is not even mentioned in the media.

Still, the case for Sikorski continues to gain ground. On 26th January, leading British paper The Daily Telegraph published a major declaration in the Pole’s favour:

“For reasons of both history and strategy, they [NATO] should elevate a Pole,” the paper proclaimed. “Fortunately, Poland has a distinguished possible candidate in the person of Radek Sikorski, the foreign minister, who… is uniquely qualified for the secretary-generalship.