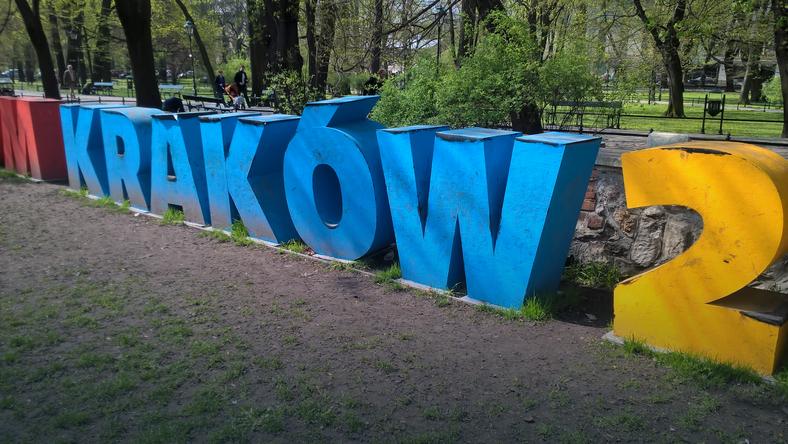 For months reports have been circulating that prior to World Youth Day the city was working with Google to integrate public transport schedules with Google Maps. However, the issue of failed attempts to convert the current schedules to Google maps, which can be resolved however for a price. No clear deadlines have been provided on when the new integrated maps will appear, or if the project will be completed at all. [Love Krakow]

On Wednesday around 4:00 pm a 50-year-old woman was hit by a car at the intersection between Kobierzyński and Grota Roweckiego Streets. She suffered serious injuries and was taken to the hospital. [Love Krakow]

The styrofoam letters on Franciszkański Street are due a revamp. The letters advertising World Youth Day that cost the city over 20 thousand PLN were put up half a year ago to encourage local youth to participate in the event. The symbol of the event however has turned into an anti-ad. The letters quickly got damaged and destroyed in their short time on display. What was meant to be an investment to spark interest in the event will now cost 1.5 thousand PLN to fix. [Onet]