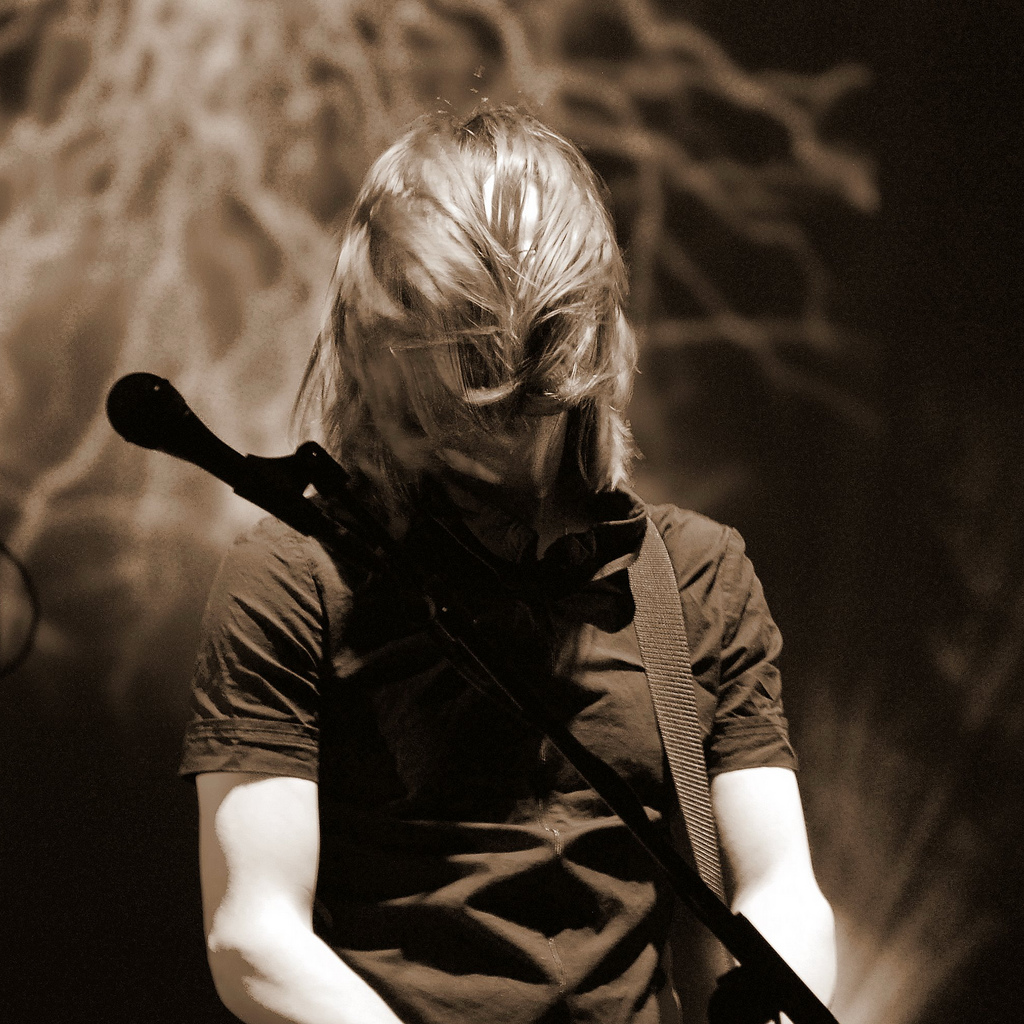 If you’re not aware of Steven Wilson, you’re probably not into progressive rock. He is, quite simply, the most important artist in that genre of the last two decades. Whether as the main force behind the legendary Porcupine Tree, or in collaborative projects such as No-Man (with the great Tim Bowness), Blackfield (with Israeli star Aviv Geffen), or Storm Corrosion (with Opeth main man Mikael Akerfeldt), Wilson has brought, to paraphrase him from an early interview, the genre of prog “kicking and screaming” into the 21st century. He reminded those obsessed with complexity over melody that THE SONG was the most important thing, and his influence has been so ubiquitous that legendary artists from Yes, Jethro Tull, and Emerson, Lake, and Palmer to XTC and Tears For Fears have hired him to remix classic albums for reissue projects (I swear the guy never sleeps.)

Wilson is on tour promoting the amazing Hand.Cannot.Erase. album, which was #1 on many critics ‘Best of 2015’ lists, well as the new “half album” 4 1/2, compiled from music that didn’t fit on his last couple of albums (only in progressive rock would a 37 minute record be considered an EP!).

He played at the same venue a year ago, at the beginning of the first leg of the tour, but the show has changed considerably since, making his return welcome. In fact, the show can vary from night to night but of this much, you can be sure:

The first half will consist of the entire already-classic Hand.Cannot.Erase. album, a visually arresting, unique presentation of an intense album, and a concert in itself. But the second half is where the unexpected can occur – Steven has been reaching back as far as 1996 to such classic Porcupine Tree tracks as “Dark Matter”, or 2002’s “The Sound of Muzak”, all the way up to “Drag Ropes” (from the aforementioned 2012 collaboration with Mikael Akerfeldt Storm Corrosion) and tracks from the new 4 1/2. He’s also been performing a fantastic tribute to David Bowie, with Israeli star Ninet Tayeb (believe me, if you don’t already, you’re going to know her soon) who has been guesting with him not only on the songs she appeared on the Hand… album, but also several older songs such as Porcupine Tree’s “Don’t Hate Me.”

Like many progressive rock artists, Steven has a very special relationship with Poland, as the audiences here have always had the proper attention span and intellect to understand music that requires concentration. And this tour will be one that is talked about in musical circles for decades to come.

MARIUSZ LUBOMSKI has been around since the early 1980s, and the music he plays is a fantastic combination of Tom Waits/Nick Cave-like storytelling, Weill/Brechtian arrangement, and that very Polish genre known as “Sung Poetry.” But it doesn’t stop there – throw in a little bossa nova, some Caribbean rhythm, and, um, French Cabaret – it’s all in there somehow. LUBOMSKI is a completely unique performer, and this performance promises to be a great example of living Polish musical poetry.

And now for something completely different! There is a small underground goth scene here in Krakow, and there is a very good chance that this show will attract most of the black-clad faithful. VINCENT GROTESQUE play a kind of darkwave electro industrial music, with confessional and sometimes passionate vocals, and a kind of performance art/horror presentation. A chance to hobnob with the vampires of Krakow…

At 69 years old, Polish star KRYSTYNA PROŃKO has probably seen it all. She was a backing vocalist on records by such Polish legends as Czeslaw Niemen, Czerwony Gitary, Skaldowie, and Reflex, and was actually blacklisted by the communists during martial law in 1981. She won awards, has been involved in the Opole National Festival Of Polish Songs and was voted Most Popular Female Singer and Entertainer Of The Year in Non Stop magazine.

Even more impressively, in 2008 she received the Gloria Artis Silver Medal from the Minister Of Culture. She owns a publishing company, has done a lot of radio, was elected councilor for the city council in Warsaw, and was a judge on a TVP singing competition (Sing and Fight – 2010.)

Whew! And that’s not even all of it – she’s made a bunch of hit records and really good pop albums too! She hasn’t made a new one in a while, but here’s a chance to see true Polish Royalty (although she’d probably balk at that description).

ANIA, as she is often known, is touring behind her brand new album Dla Naiwnych Marzycieli (For Naive Dreamers), which debuted at #1 on the Polish charts last month upon its release. She is known for having a kind of 1960s retro vibe, although that’s really an observation of her style more than her music, which leans very heavily on pop ballads.

But she’s a very diverse singer, covering everyone from Cher to Badly Drawn Boy on her 2010 album Ania Movie, which, as the title sort-of implies, was a collection of covers from her favorite films

All of her six albums have gone platinum, and all but one have been #1 here, so it’s fair to say that her show will be something of an event.