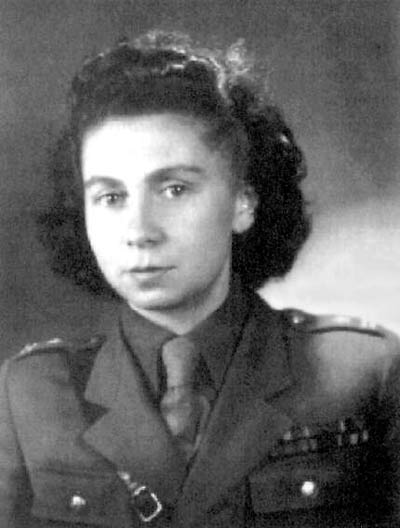 For most of her Oxford neighbours, Helena Wolinska-Brus seemed a decidedly uncontroversial figure who was fond of patting children on the head and showering compliments on proud mothers. She had the added respectability of being the wife of an Oxford professor. But a small detail in the manner of her departure hinted that not all was right. When Mrs. Wolinska-Brus passed away last month – at the advanced age of 89 – her children accordingly announced a funeral date. The service was to have been on Friday, 5th December. However, two days beforehand, the widow was buried in a closed ceremony.

Unbeknownst to the local shopkeepers, this lively grandmother, who had lived in England since 1971, had been a notorious military prosecutor in communist Poland. She has been implicated in the arrests – and in some cases deaths – of key figures in Poland’s anti-Nazi resistance. After the fall of the Iron Curtain, the newly democratic Polish state twice petitioned Britain to deport Mrs. Wolinska-Brus for trial in Poland. Both attempts failed, although a third was pending.

“Anyone, who in the name of these ideologies maltreated people – both physically or spiritually – should be made to pay,” said 86-year-old Polish statesman W?adys?aw Bartoszewski, in an interview with Rzeczpospolita newspaper.

Nevertheless, Mrs. Wolinska-Brus, who had herself survived the horrors of the Nazis’ Jewish Ghetto in Warsaw, maintained that as a person of Jewish descent, “she would never return to the country of Auschwitz and Birkenau.” She argued that she would not be granted a fair trial in Poland, owing to anti-semitism.

To complicate matters, Wolinska-Brus’s signature appears on indictments of figures who actually helped Jews during the war. Chief among these is the aforementioned Mr. Bartoszewski, a key member of the Polish Underground’s Council to Aid Jews (Zegota).

In his interview with Rzceczpospolita, Bartoszewski dismissed as “scandalous” Wolinska-Brus’s claims that she would have been a victim of “Polish anti-Semites:”

“It is I, and not she who has honorary citizenship of Israel. It is she who persecuted a co-founder of Zegota, the organisation that saved Jews during the Second World War.”

Helena Wolinska-Brus was born Fajga Mindla Danielak in 1919 into a Jewish family. She came of age at a time when the status of Polish Jews – and indeed of Central European Jewry – was in crisis. Poland’s broad-minded inter-war leader Marshal Pi?sudski had acted as a check against the far right. But when the Marshal died in 1935, extremists began to flex their muscles. Jews faced prejudicial treatment in the universities, and far right journalists condemned even assimilated Jewish figures. With few welcoming arms on the right, many of Wolinska-Brus’s background gravitated towards the left. She took an extreme line, joining the illegal Komunistyczny Zwiazek Mlodziezy Polskiej (The Communist Association of Polish Youth). Just before the war, she married Wlodzimerz Brus, a budding academic who shared her background, and who had been educated at the private Wolna Wszechnica Polska (The Free University).

Both Helena Wolinska-Brus and her husband lost virtually their entire families as a result of Hitler’s occupation. She personally escaped from the Nazis’ Jewish Ghetto in Warsaw. The experience of Hitler’s rule hardened her political views, and when the Russian-backed communists took Poland after the war, she joined the militia. From 1949 she was involved in military prosecutions. Veterans of the Home Army – Poland’s anti-Nazi resistance – were a major target. As it was, the Home Army had struggled against both Nazi and Communist rule.

Historians have accused Wolinska-Brus, who became a key prosecutor, of unlawfully arresting scores of figures. “What – do you think I sat there and drank coffee?” she told American historian Anne Applebaum in 1998; “We were very busy in those days.” The most controversial allegation against her is that she organised the arrest and imprisonment of General “Nil” Fieldorf – a legendary leader of Poland’s wartime resistance. He was hanged in 1953, and his family were never shown the body.

After the “Thaw” that followed Stalin’s death, Wolinska-Brus was decommissioned from her job as prosecutor. Later, she and her husband were amongst thousands of Poles of Jewish background who were compelled to leave Poland, following a power struggle within the communist party in 1968. A controversial “anti-Zionist” campaign erupted, and Polish Jews – the vast majority of whom were utterly blameless citizens – were given one-way passports out of the country. W?odzimierz Brus, who had begun to move towards a democratic approach to socialism, was granted a professorship at Oxford.

It was not until the fall of the Iron Curtain that moves were made to extradite Mrs. Wolinska-Brus back to Poland. Although two attempts failed, Mr. Bartoszewski stressed that for him, justice did not mean that people “should be simply thrown into prison.” Rather, he suggested that there should be “a symbolic compensation for the victims” and “a measure of justice against the perpetrators.”

With the passing of Helena Wolinska-Brus, one extradition process has ended. However, the case continues to spark debate. Film director Ryszard Bugajski, whose Przes?uchanie (Interrogation, 1982), was banned by the communists and later became a cause célèbre at Cannes, has returned to the camera to make Genera? Nil, a feature about the hanged war hero General Fieldorf. The film is due for release in the spring of 2009.