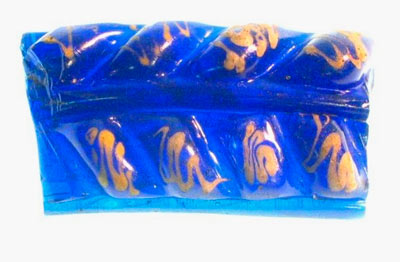 A 3rd to 2nd century BC Celtic village was discovered four miles east of Krakow. Archaeologists from the Krakow Highway Exploration Team (Krakowski Zespol do Badan Autostrad) had been exploring it during preparatory archaeological works done on the future A4 highway premises.

The archaeologists managed to explore almost the entire area of the village, which is unique in Poland. They found treasured coins, jewellery and everyday articles, thanks to which they will be able to reconstruct the life and fate of the Celts in the Malopolska district and make valuable scientific discoveries.

“The most valuable achievement from an archaeological point of view is being able to explore the whole village, as seldom if ever do we have an opportunity to search through such an enormous, 10 acre area,” says Karol Dzingielewski, the head archaeologist of the team.

“Thanks to this we were able to recognise the layout of 17 huts, as well as their structure and chronological order. Also, some glass objects that we found are of great significance, because fragile glass jewellery was prone to fashion. When a bracelet broke, a Celtic woman would get a new one, according to the latest fashion. Now, when we find pieces of bracelets we can track changing fashions and so more precisely date the place it was found in,” explains Dzingielewski.

The Celts were originally a branch of the larger Indo-European cultures, living in the area of today’s southern Germany, France, Czech Republic, Slovakia and Austria, and they were well known for their technical achievements, especially processing metal and pottery. In 280-277 BC they invaded the northern part of the Balkan Peninsula, but had to pull out north. According to the archaeologists’ theory some of them went through the Moravian lands (now part of the Czech Republic) to Malopolska in the 3rd century BC, before any Slavic tribe got here. Ma?opolska was at that time a largely depopulated area and the Celts could settle there and keep their customs and culture. It was this community that introduced money to what is now the area of Poland. Most likely they traded furs, amber, forest goods and honey.

The Celts migrated out of the Krakow area probably around the 2nd to the 1st century BC, likely joining a great Germanic migration that took place at that time. They left behind pieces of bracelets and glass beads imported from other Celtic tribes living in the south, as well as iron tools – among which was one of the oldest pair of scissors. It is owing to a great accumulation of found items that the scientists can specify the chronology of the Malopolska Celts.

Having been catalogued and inventoried, the findings will be shown in a multimedia exhibition in Krakow’s Archaeological Museum; however the exact date is not yet known.