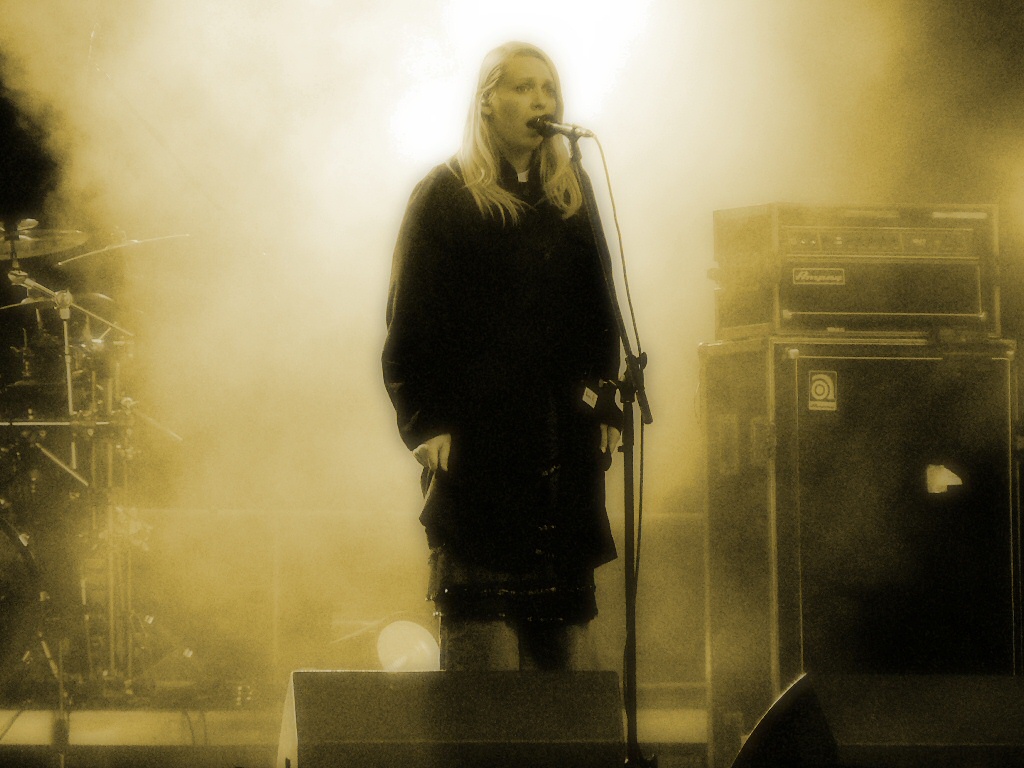 Without breaching the controversial subject of whether or not Art as a whole is benefitted in any way by people patronizing what is essentially the musical and visual equivalent of a velvet paint-by-numbers Mona Lisa, let’s just postulate that when it’s done well, a la Brit Floyd or (early Genesis tribute band) The Musical Box, the Tribute Show experience can be a wonderful piece of living theater, recreating a long gone era in rock history. But as the saying goes, there are tribute bands, and there are Tribute Bands. By all accounts (and YouTube evidence,) THE DOORS ALIVE are the proverbial Real Fake Thing, capturing not just the music of a classic American band, but the zeitgeist of an era.

Some people think of Bruce Springsteen or perhaps The Eagles as exemplifying the American experience, but, love it or hate it, can there be any more accurate picture of the promise and ultimate failure of the American Myth than the explosive, unpredictable career of Jim Morrison and The Doors? (Besides that, as far as I’m concerned, the music is better than those other guys.) Morrison’s “We want the world and we want it… now? NOW!” may sum up both the arrogance, the naïveté, the beauty, and the confusion of the 1960’s more succinctly than any Dylan couplet, and “LA Woman” captures the lure of Southern California sleaziness far better than Don Henley’s smug self-satisfied snark.

Doors tribute bands are many and varied, but Doug Cameron, author of Inside The Fire : My Strange Days With The Doors and roadie for the real band for the last few years of Morrison’s life, has given THE DOORS ALIVE his seal of approval, even going as far as saying that they sometimes sound “more like The Doors than The Doors themselves” – a statement which might seem absurd on its surface, depending on how many Doors bootlegs you’ve listened to. Trust me, I’ve done the research (and continue to all the time) – Jimbo had some BAD nights. And as you can see below, these guys are really good.

Sadly, however, the band’s vocalist of nearly a decade recently retired from the band, and they’ve only begun playing with his replacement this week, so Kraków will be part of his baptism by fire. Because of the band’s heavy touring schedule and great reputation, though, I’ve no doubt that the new guy will be impressive – they can afford to attract the best.

JAZZOMBIE is a “supergroup”, if you will, comprising members of alt-punk band Lao Che and avant grade experimentalists Pink Freud. It’s a true collaboration in every sense – stylistically much closer to the latter in spirit, although tempered with the former’s melodic sense. Jazz, punk, reggae, dub, electronica – it’s all here, with the only continuity being constant exploration. A truly unique band.

Almost every week, I talk of some ubiquitous Polish artist who came of age in the 1990s, and say something to the effect of “if you have any interest in seeing an important Polish artist, you should go to this show”, right? Well…

HEY are another of those ubiquitous Polish artists that originated in the 1990’s that have sold millions of records, used to routinely sell out stadiums, and are virtually unknown outside of their homeland. Like many of their peers, from Wilki to Myslovitz to Anna Maria Kopek, they recorded at least one album in English in an attempt to crack the international market, but are perhaps too parochially Polish to pull it off, and soon resigned themselves to being big fish in this particular pond. That is absolutely no reflection on the quality of their music, however. HEY originally identified heavily with the grunge movement of the ’90s, but have since widened their sound to include new wave, industrial and metal influences, and singer Kasia Nosowska has had major success as a solo artist in an electronica vein, as well as being an award winning author.

This is a kind of pre-release warm up tour of small venues in anticipation of new album BŁYSK, and a chance to see them in a more intimate setting than usual.

We are lucky to be here now, at a time when historically important artists like HEY are still playing live regularly, and if you have any love for the culture of your adopted country, you should support them. Sermon over…

One of the original, and last standing, of the Polish heavy metal bands of the 1980’s, HUNTER are in the midst of their 30th Anniversary Tour, but nostalgia is not their game.

In fact, everything about them is pretty unusual.

Their unique combination of influences, sung in both Polish and English, has often been described as “soul metal”, and they once were the curators of a huge Metal Festival in their hometown of Szczynto with the likes of Napalm Death and Sepultura as guests. Their drummer is the Chief Constable of the National Police Service of Poland, and their most recent studio album, 2013’s Imperium, was not only #1, but the best selling of their career – no mean feat considering not only the band’s age, but that the record is the second part of a conceptual album cycle.

They’ve been known to have a pretty ambitious stage show, often featuring actors and choirs, and you never know what cover versions they might amuse themselves with next to the more serious fare. Like the one below;