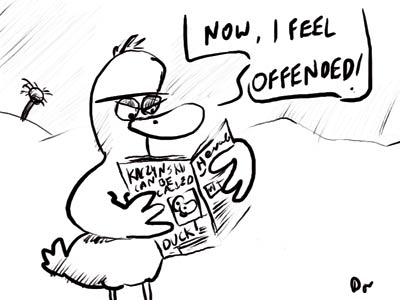 A Warsaw court has ruled that it is not slanderous to refer to President Kaczynski as a duck. The ruling came after several years of journalistic japes.

Kaczory is the Polish word for male ducks, and the nickname stuck on President Kaczynski and his brother Jaroslaw, not least because of the siblings’ short but portly stature. It is not the first time that nicknames have ruffled presidential feathers.

In 2006, Lech Kaczynski threatened to sue a German daily for referring to him as “a potato.”