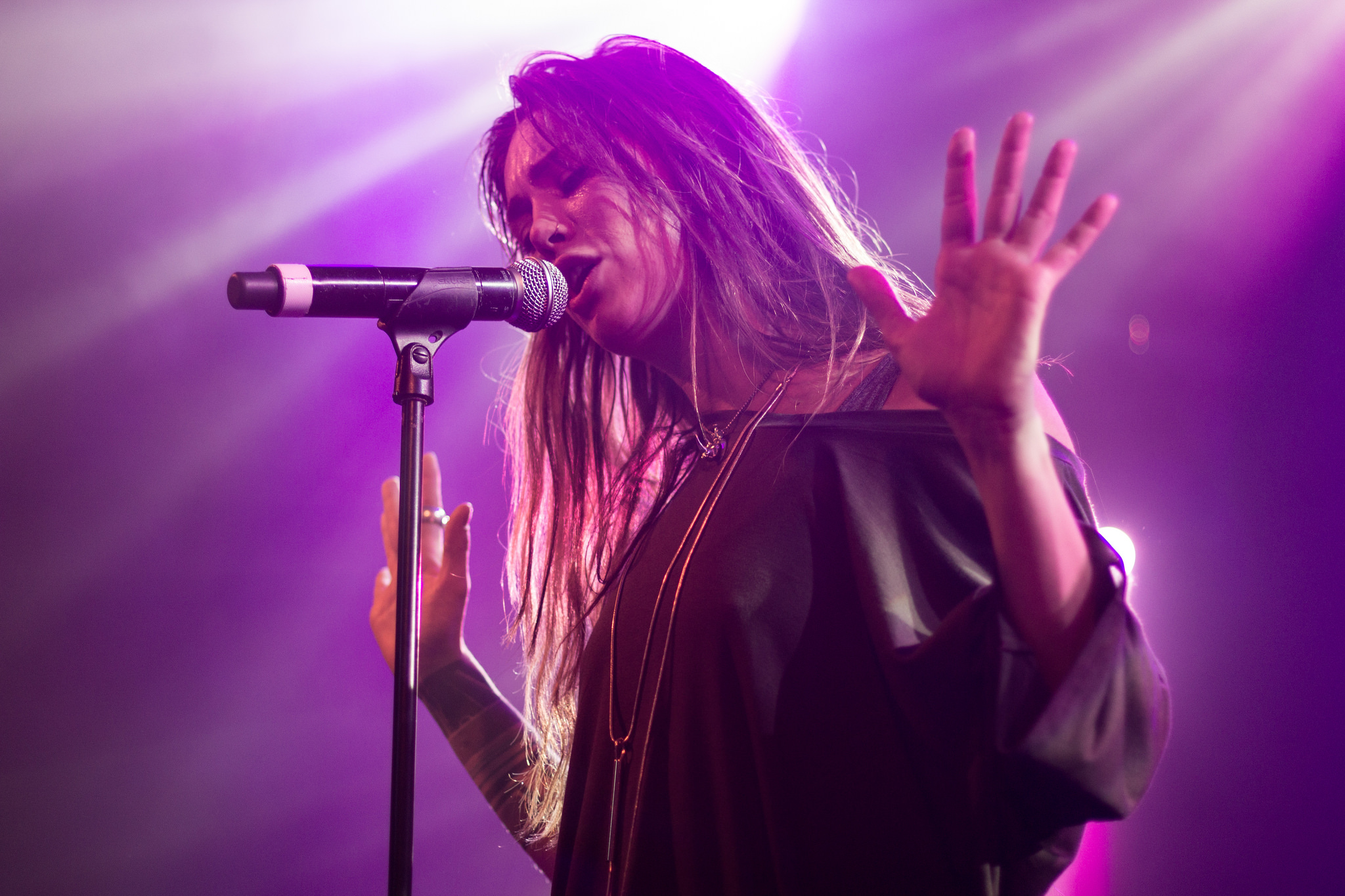 Remember the 1990s? It was kind of a crazy time in most places. The rise of alternative subcultures, the tribalism of tattooing and piercing, the mainstreaming of punk and goth, the dominance of the Lollapalooza generation – not since the sixties had the young seemed so… free.
Now – imagine all of that in a place where there hadn’t been freedom in a generation, and you begin to get an idea of what it must have been like to be a college student in Poland directly after communism fell. Imagine the excitement! For the first time, there were truly no rules.
In 1992, the members of KINSKY were four philosophy majors from Warsaw who decided to seize the day and form a band. They made one legendary album, played a bunch of crazy theatrical shows, and… presumably got on with their lives. Their music can conservatively be described as “difficult,” although a more apt description might be “insane.” It’s punk, it’s jazz, it’s noise, it’s very tight and complex whilst somehow incredibly free form and ramshackle, there’s a lot of yelling, and it’s probably more fun to play than to listen to in some cases, but wow… it’s original. And once in a while, they reunite and have what I’m sure is a Hell of a Good Time. Here’s a chance to see what freedom looked and sounded like 20 years ago.

Comparisons aren’t fair, but for the sake of reference, original DŻEM vocalist Ryszard Riedel was Poland’s answer to Jim Morrison… in every positive and negative historical detail. He was not only a sensitive and imaginative poet, but also an emotive singer able to make you cry one minute and powerfully belt the blues the next. Like Morrison.

Sadly, also like Morrison, he had an appetite for self-destruction that led to his death in 1994. The band has had a couple of singers since, and has made some new albums, but it’s fair to say never really recovered from the loss. Kind of like The Doors. Their concerts are a tribute to the legacy of a fallen hero, and a wistful glance at what might have been. With a soundtrack of some classic Polish blues rock songs, this show may have a special poignancy because his final live performance took place this month 22 years ago, in Krakow.

Walk around Kazimierz at any given time, and you will see at least a few nefarious looking posters for upcoming shows with nearly-impossible-to-decipher calligraphy that just scream METAL! This is popular stuff here. That may seem odd at first, but is it really surprising that Poland – a country so steeped in Catholicism – has such fondness for black and doom metal? Rock and roll, at its heart, was about rebellion, and surely this music’s blasphemy is a great (and harmless) artistic form of defiance against the current ruling class – just as being Catholic itself was once an act of defiance against the Communist state. More than that, in musical terms, it’s an art form unto itself, brutal and heavy, yet full of nuance and complexity. For every guttural Cookie Monster noise, there’s a harmonic counterpoint and kinetic rhythmic trick. Ultimately, it ain’t for everybody, but it’s here to stay. And an awful lot of the best of it comes from Scandinavia. As well as the dark stuff, MANEGARM and EREB ALTOR are purveyors of that uniquely Nordic/Swedish genre known as Viking metal, and while not Scandinavian, Latvia’s SKYFORGER have the extra cache of adding the folk music of their homeland to their palette.

Swedish female hip-hop anyone? Serious buzz alert! ELLIPHANT is poised to become a Really Big Deal with last week’s release of her much anticipated (and somewhat delayed) Living Life Golden album. Her collaborations with the likes of Diplo and Skrillex, as well as touring as Charlie XCX’s opening act on her 2014 North American Girl Power Tour, have positioned her as a pretty good bet for Next Big Thing as her songs have the potential to satisfy both the Icona Pop-loving types and Iggy Azalea Hip Hop fans. Besides that, she’s actually good. See her while she’s still a club act.

A huge success story here with many multiple platinum albums, RAZ, DWA, TRZY have a sound that is oddly evocative of music from a time long before they were born (they even do a Polish language version of “My Way” for instance), yet their odd combination of mellow rock, jazz, torch songs, and folk balladry, with occasional lashings of horns and strings, could somehow only come from this country, in this century. Theirs is a uniquely Polish music that has resonated with the record-buying public for a quarter of a century. It’s a testament to the musical maturity of the Polish audience that art this unique can also be so commercially viable.