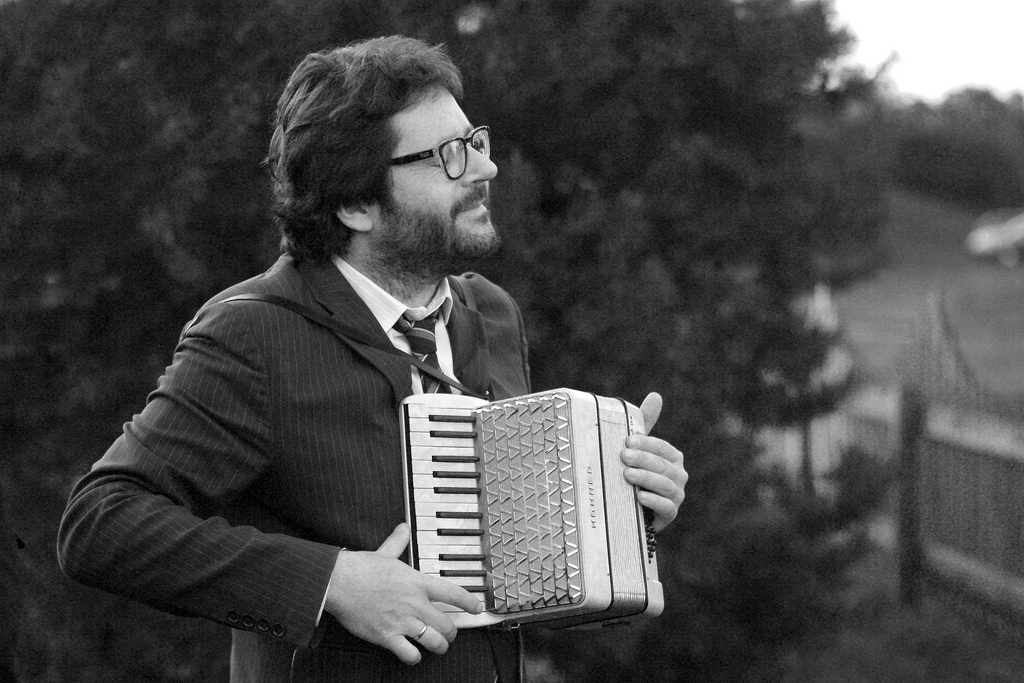 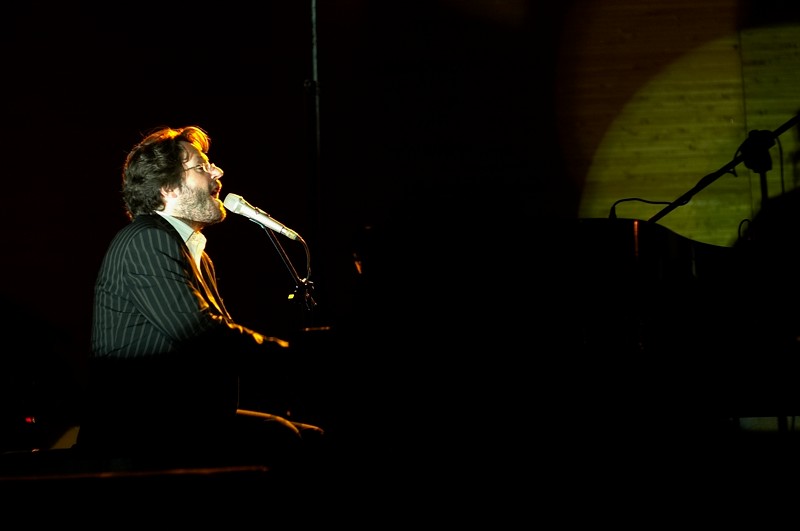 Grzegorz Turnau is synonymous with Krakow. His most famous song, “Bracka,” is dedicated to the street in the Rynek of the same name, and he still lives here. Every year he celebrates his imieniny (“name day”) at Klub Studio with a show that’s a loose freewheeling journey across some 25 years of his own music and any cover versions that strike his fancy. (Okay, the more astute among you might realize that his actual imieniny is 5 days later, but…you know… scheduling.)

For the uninitiated, perhaps the best way to describe Turnau’s music is to cite the influence of the two artists he covered multiple songs each from on this particular night; the progressive folk storytelling of great Polish poet/singer/songwriter (and another of our city’s favorite adopted sons) Marek Grechuta, and the melodic sensibilities of Billy Joel. Add to that some Steely Dan-style jazz rock and a touch of cabaret and klezmer – now imagine it all being played by a band that is the equal of any on the planet, and… well, it’s not as crazy as that sounds. It actually balances out beautifully.

The band is one of the most versatile you could ever experience – truly a wonder to behold. Whether attacking the jazz rock of “Uno Momento Mortis,” a ballad or a traditional Polish cabaret number, or the hard rock of “Stojac w Kolejce” (“Standing in Line”), their playing is always the epitome of precision. They seem truly capable of anything, and do so with a rare combination of technique and empathy.

The arrangements are ridiculously tight, the dynamic range frightening, and on some of the most familiar songs (especially “Bracka”), full of rhythmic tricks and musical in-jokes in bizarre time signatures that weren’t part of the original recordings. These new versions of old classics are not only a delight for the listener, but also obviously keep it fresh and interesting for Turnau and the band, who are clearly having a ball. The closest correlation is someone like Joe Jackson, who continually reinvents his biggest hits every tour to keep himself and his hardcore fans interested while still pleasing those wanting to hear the songs that made the radio.

Turnau is clearly aware of this. “Bracka” comes early in the set, and before it he jokes that the audience can go home afterwards because it’s the song they came to hear. In fact, he’s often hilarious. When the band break into “Naprawdę nie dzieje się nic” (“Really Nothing is Happening”), he engages in a call and response singalong with the crowd before saying that it’s terrible when artists do that sort of thing. Later, as everyone loudly joined in the chorus of “Między cisza a cisza” (“Between Silence and Silence”), he jokingly left the stage for a moment with a sort of ‘okay, then, sing amongst yourselves if you must’ gesture, and often he was able to raise a chuckle from the crowd with nothing more than an arched eyebrow. And the stories!

The entire night had an informal fun vibe – almost like a living room concert, which, considering that Turnau’s most recent project – the acclaimed 7 widokóww drodze do Krakowa (Seven Views On The Way To Kraków) song cycle – involved chamber orchestras and was performed in symphony halls across Poland, it probably felt like a living room for him as well.

There didn’t appear to be much of a predetermined setlist, and the choice of covers was inspired. He paid tribute to his friend and influence Marek Grechuta with “Historia pewnej podróży” (“The History of a Certain Journey”) and “Kobieta niesie chleb” (“Woman Carries Bread”) preceded by a moving reminiscence of their time together and lamenting that 10 years have passed since Grechuta’s death. Billy Joel’s “Where’s The Orchestra?” and the early Turnstiles album track “Miami 2017 (Seen the Lights Go Out on Broadway)” were more enjoyable for not being obvious, and both show off Turnau’s excellent voice. There aren’t many Polish singers capable of a perfectly accent-less English vocal, and he may be the best.

The final song of the night also illustrated this, and was perhaps even better; Paul McCartney’s 2012 song, “My Valentine,” played in honor of International Women’s Day. Hearing Sir Paul’s version, I always felt that he was trying too hard to write a Cole Porter-style standard and ended up with something more pastiche than original. But hearing Turnau sing it, divorced from the baggage of the voice that launched a thousand classic songs, I realized that it’s a perfect old style romantic love song. Turnau should release his version – I think Macca would approve.

Turnau is truly a Polish treasure – on one hand, a singer/songwriter grounded in tradition, and yet still musically adventurous. It’s a rare and precious thing that he does, and at a mere 48 years old, he’ll hopefully be celebrating many more name days in similar fashion.

And Klub Studio is a great place to do it. Every show I’ve seen there has sounded terrific. From sensitive acoustic stylings to prog metal, the combination of excellence in sound engineering, equipment, and room acoustics is among the best I’ve experienced anywhere. And in case you haven’t noticed, they do a lot of shows featuring a wide variety of music from all over the world.

Note: I’d like to extend a special Big Giant Thank You to Karen Ochwat, without whose excellent translation skills this review would have been impossible. Polish ain’t easy, as they say.