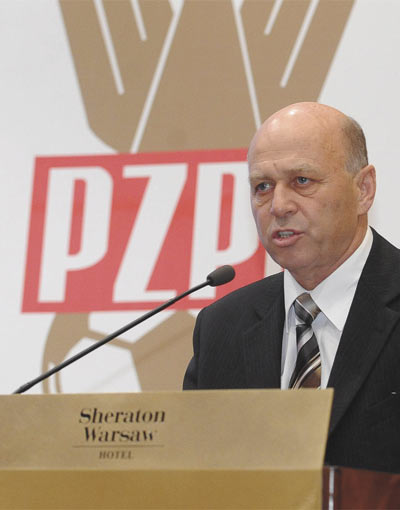 It seems that the dust is never given time to settle after any turbulence in Polish football, and there is always plenty of that.

Robert Zawlocki, a former disciplinary member of the troubled federation, was appointed commissioner and charged with reorganising its board of members after they had been sluggish in their progress to run new elections.

The surprising decision came on the back of a critical motion submitted by Poland’s Minister of Sport, Miroslaw Drzewiecki, and led to immediate threats of a FIFA suspension, as well as fears for the country’s right to co-host Euro 2012.

The governing body of world football gave Poland a deadline of noon, October 6th, to reinstate the sacked board or face sanctions. These would have included Poland being suspended from FIFA and UEFA, thus having to forfeit upcoming World Cup qualifiers against the Czech Republic and Slovakia, while league side Lech Poznan faced exclusion from the UEFA Cup.

Although a last-ditch agreement was struck between PZPN and the Polish government, leading to the recall of the extraordinary commissioner, there is no doubt that the controversy has further undermined Poland’s quest to co-host European football’s showcase event in 2012.

This was evident through UEFA’s stern response, with spokesman William Gillard saying that UEFA’s trust had been betrayed just days after it had reaffirmed its support for Poland and Ukraine to co-host Euro 2012. UEFA has repeatedly stressed that a condition of sticking with the two countries was the continuing support of both governments for their respective football federations.

Similar government intervention in Poland last year stoked the ire of both FIFA and UEFA, who fiercely defend the autonomy of football federations and do not shy away from suspending them in the case of political interference.

Drzewiecki, meanwhile, stood by the decision of the arbitration court, saying it was based on evidence of “violations of the federation’s legal regulations” and was focused on more than applying administrative pressure for personnel changes in PZPN.

In an interview with Newsweek Polska, he rebuffed UEFA and FIFA criticism, condemning their uncompromising stance and claiming that they had blackmailed the Polish government by not hearing out the arguments for suspending the board.

It was also widely reported that PZPN’s endless foot-dragging in response to the corruption fiasco in Polish football was a key reason behind the decision to suspend the board. Prosecutors launched an investigation into match-fixing across Polish football leagues in 2005, which has since led to over 150 arrests of referees, coaches, players, club officials and federation members, with 29 clubs implicated.

Following the eventual reinstatement of PZPN, a special commission with representatives of both UEFA and FIFA was established to supervise upcoming elections for its new board.

Owing to heavy government and public pressure, the federation?s president, Micha? Listkiewicz, announced in April that the governing body would resign and hold new elections.

Finally, on the 30th of October, Grzegorz Lato, an ex-footballer for the Polish national team, was elected as the new president of the PZPN. Lato, elected by a majority of 57 votes in an election closely monitored by FIFA and UEFA, says that he is dedicated to ending corruption in the troubled federation. He stated that the federation is “determined to change the image of Polish football …to make it transparent and pure and for this to culminate in the success of Euro 2012.”